Ford, Shelby, and Hertz team up for a 50th anniversary special. 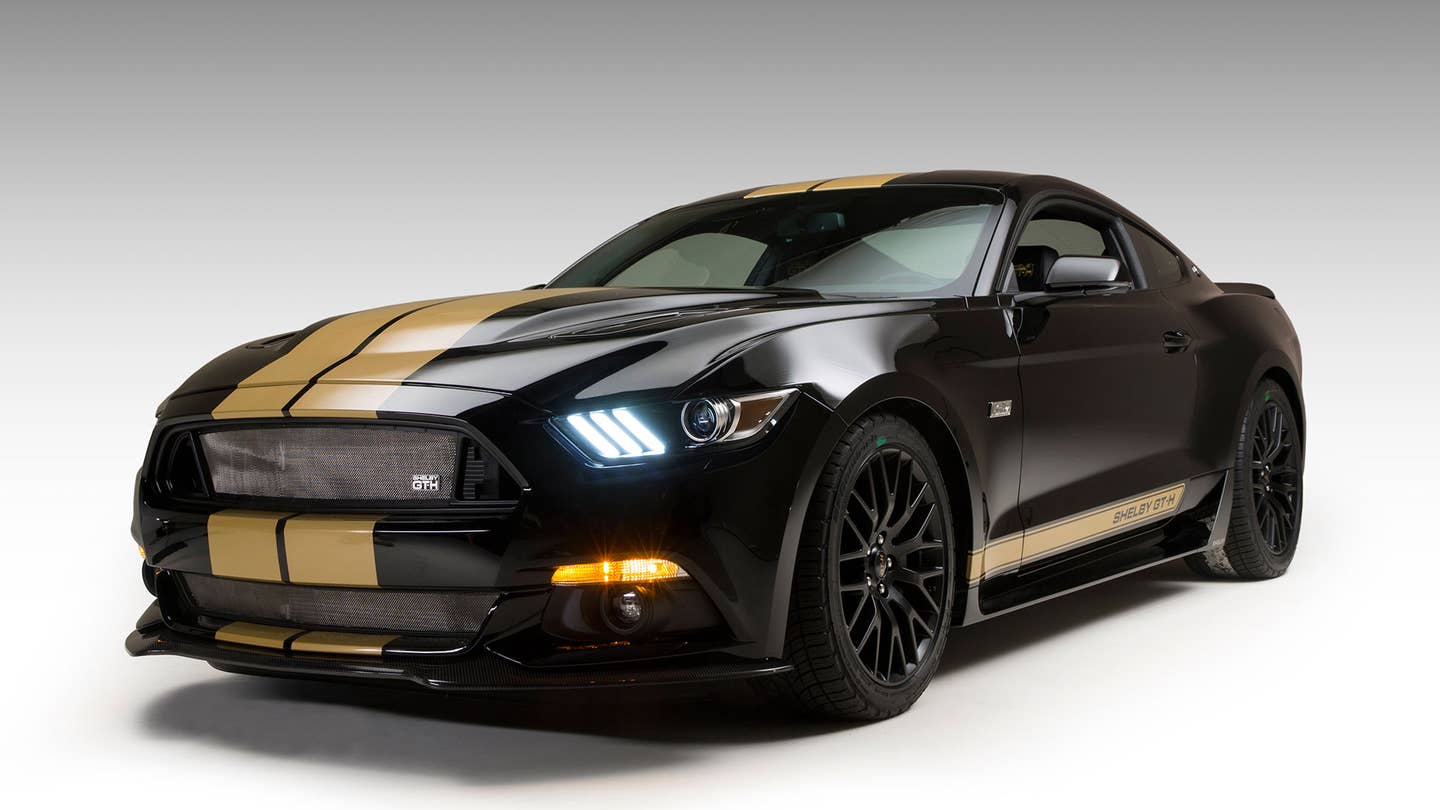 Fifty years ago, Carroll Shelby and the friendly folks at Hertz teamed up to create something incredible: The 1966 Shelby GT350-H. Touted as America's "Rent-A-Racer," these rental Mustangs were all but mechanically identical to the much-loved, race-proven Shelby GT350. Wearing black-and-gold livery, the GT-H became famous for sometimes being shepherded off to SCCA track events by Hertz customers; urban legend has it that some cars found their way back to the rental lot with the remnants of roll cages hiding inside.

Society is a bit more litigious now, so the new 2016 Shelby GT-H may never be returned with weld marks tucked behind the trim. And while the latest collaboration between Hertz, Shelby American, and Ford has made for a fine pony car, but we can't help but notice the distinct lack of the numbers 3, 5, and 0 in the new car's name.

That's because, in spite of its pedigree, the latest GT-H Mustang is not based on the Shelby GT350. Instead, its bones are those of a 2016 Mustang GT, and most of the tweaks are cosmetic. Those include a carbon-fiber splitter, a rear spoiler, distinct rocker panels, a bulging polycarbonate hood with vents, a fake retro gas cap, and a ton of badges. But Ford did see fit to the factory Performance Handling Pack as standard, giving the GT-H specially-tuned dampers, sway bars, a lower set of springs, and staggered 19-inch black wheels wearing all-season Michelin Pilots. For a performance car, all-seasons sounds like a cop-out—unless you've tried to drive in cold, wet weather on Pilot Super Sports, as your humble scribe has.

The GT-H also receives a Ford Performance exhaust for a little extra auditory pop. Not that it needs a boss exhaust note to stand out, though: Rocking the same black-and-gold livery as the original Hertz Shelby (as well as the second-generation version, unveiled a decade ago), anyone oughta be able to pick the 2016 Shelby GT-H out of a crowd.

But even the eagle-eyed amongst us aren't likely to see many of them. Ford is only producing 140 examples, each one upgraded to GT-H status by Shelby American at its Las Vegas, Nevada headquarters. They'll be available starting this Memorial Day weekend, offered alongside the likes of the Dodge Challenger and Chevy Corvette as part of the rental company's "Adrenaline Collection" at 17 airport locations across the country. For reasons unbeknownst to us, New York City won't get the GT-H. Whatever. Just an excuse to fly into Dallas-Ft. Worth this summer. We hear there's a few decent roll cage fabricators down there...