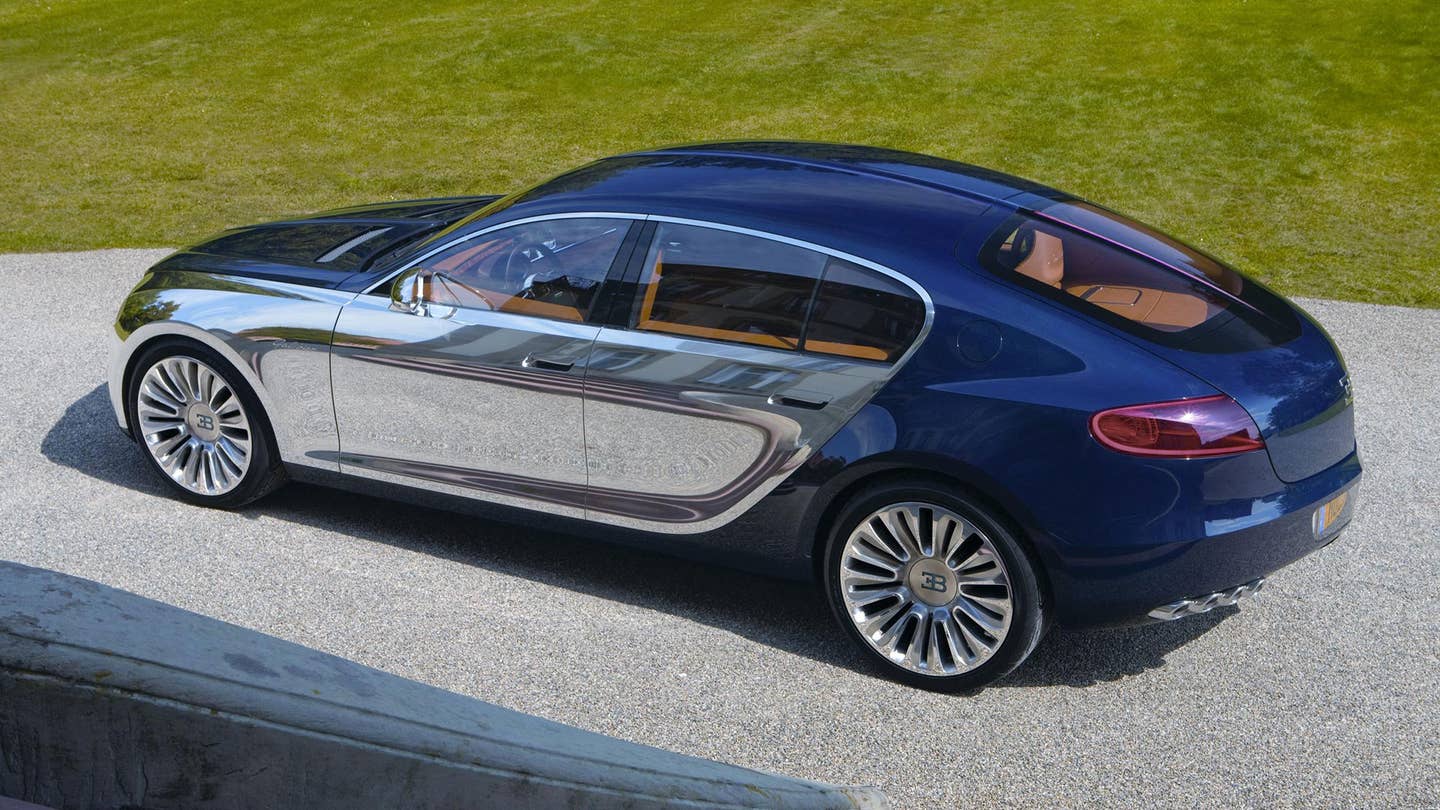 It's a vexing question: How do you follow up the debut of a car as fast, expensive, and totally bonkers as the 1,500 horsepower, 260-plus-mph Bugatti Chiron? According to the company brass, the answer might be a sedan.

“I can’t get the idea for a four-door limousine out of my head,” Bugatti CEO Wolfgang Dürheimer admitted during a Geneva Motor Show interview. “It’s one of the options we might look into again as a possible next project.”

Bugatti loyalists will note this isn't the first time the brand has discussed building a sedan. Back in 2009, the Franco-German automaker showed off the 16C Galibier, a chunky, front-engine four-door with a twin-supercharged version of the Veyron's 8.0-liter W-16. The Galibier would've made more than 1,000 horsepower and topped out north of 235 mph—had it gone into production as originally planned. Instead, the concept loitered around the concours and auto show circuit for a few years, then quietly slipped into oblivion in late 2013.

Dürheimer also tells Bloomberg that Bugatti might consider some sort of alternative-fuel vehicle, though his remarks were vague as to whether that'd be a pure electric car or some sort of a hybrid. Bugatti vetoed hybridizing the Veyron due to the added weight of the motors, he said, but “that doesn’t mean we abandon this topic forever."

When asked about a Bugatti SUV, Dürheimer's answer was short and to the point: "No."