And the I-95 traveler rejoices. 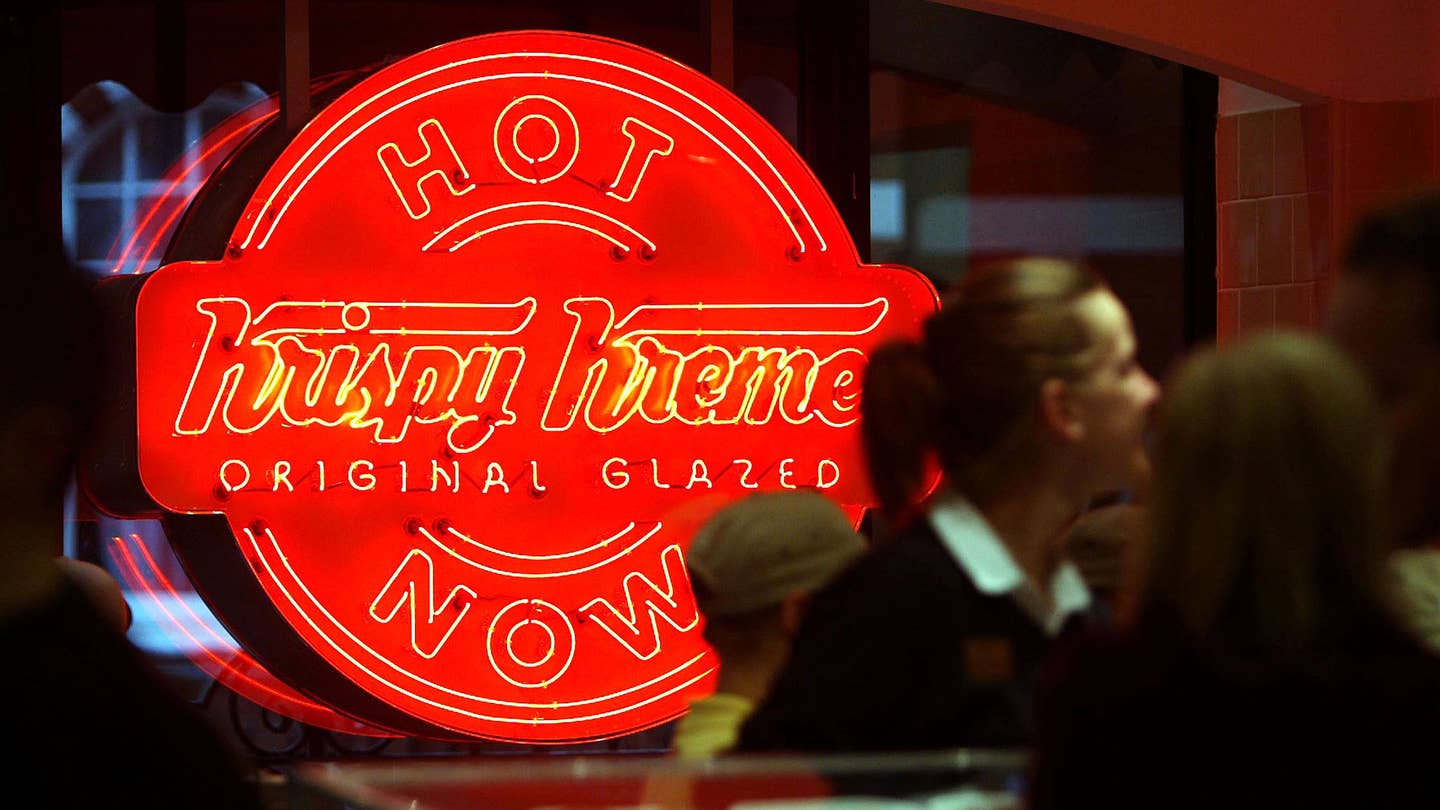 This is a story about redemption, one fried sugar bomb at a time. The week dawned with news that Krispy Kreme would return to New England. The donut chain, straight outta Winston-Salem, North Carolina, is tackling the north country after having tucked its cruller between its legs and beaten a hasty retreat in the early Aughts. But rather than try to recolonize the Dunkin’ Donuts-dominated corridors of southern New England and Greater Boston, Krispy Kreme is decamping to the northerly latitudes of New Hampshire and Maine. The Kreme is rising to the top. Tasty sweet hot Jesus.

This is exceptional news for motorists. Not for nothing is Maine called Vacationland, and millions of travelers passing through the state’s toll plazas on Interstate 95 can be assured that—traffic, tides and sou’westerly gales allowing—a hot, glazed round of dough may meet their faces. Ditto for residents of the Granite State (though the tides only impact a fraction of New Hampshire’s total land mass). Only questions are: Where? And when?

Krispy Kreme and its partner in the venture, NH Glazed, have not disclosed locations for the proposed seven stores, and have only committed to a rollout timeline of “over the next several years.” But the slow and steady approach may be the one that sticks. In 2000, riding a wave of IPO fever, Krispy Kreme went head-to-head with incumbent New England artery-clogger Dunkin’ Donuts and failed. Spectacularly. Canadian chain Tim Hortons has also felt the burn of northern New England allegiances, abruptly shuttering many of its stores in Maine late last year.

Something suggests, though, that Krispy Kreme circa 2016 is the best version of Krispy Kreme: bruised but smarter, and determined to keep that Hot Light burning. Donut nirvana? You can get there from here.