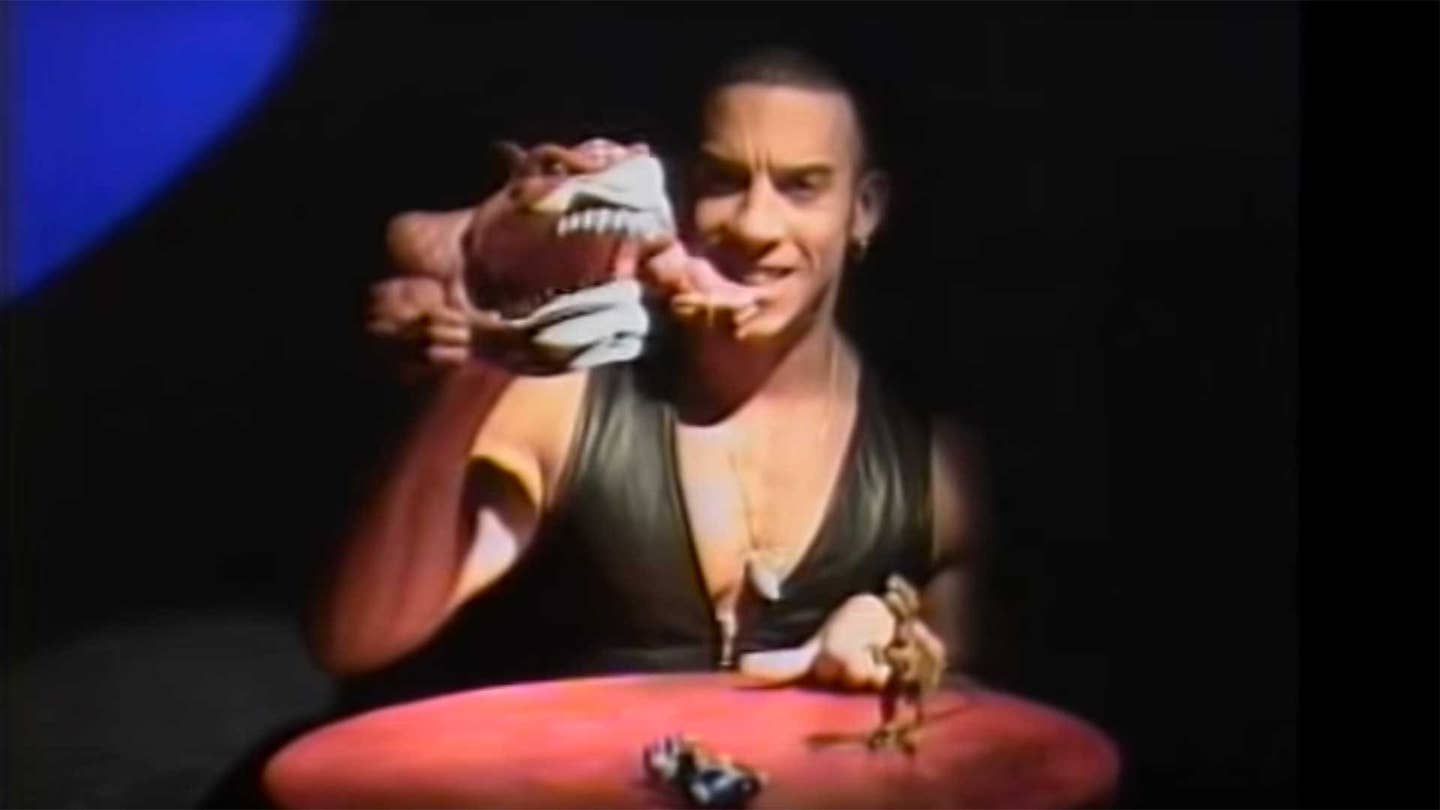 Most people don’t know this, but Vin Diesel’s doesn’t shave his head as an offensive against male pattern baldness. No, it’s because he is in hiding. Vin Diesel, the shiny-domed star as we know him today, is hiding from Vin Diesel, the luxuriously-coiffed shark-toy vendor and thieve of Crocodile Dundee’s vest, circa 1994. That year, Vin Diesel, future star of the blockbuster Fast & Furious franchise, was shilling shark toys. With an oversized, shark-tooth necklace ringing his meaty neck, he implores viewers to “Say hello to that round mound of pound… and his power slam.” At another point, he pulls a “Hand Shark”—complete with “fin-tastic detail”—from behind the table and savages Sledge the Hammerhead, the “leader of the street sharks.”

It’s tough to be a young actor, grasping for work. Imagine if the Internet had access to footage of you at your very first job, scrubbing toilets or handing out flyers while wearing a hotdog costume. Conversely, imagine yourself as a young Sylvester Stallone, yearning for legitimate work but paying the rent with your penis, via your role as Stud in Party With Kitty and Stud, a film whose name could not be better suited to its content or era. In that context, chewing through lines like “Boomer, the whale shark, loves to tenderize the competition before he eats it” at a toy fair ain’t half-bad. You rock that Australian genie look, Vin Diesel. Don’t let the haters or roving bands of street sharks get you down.