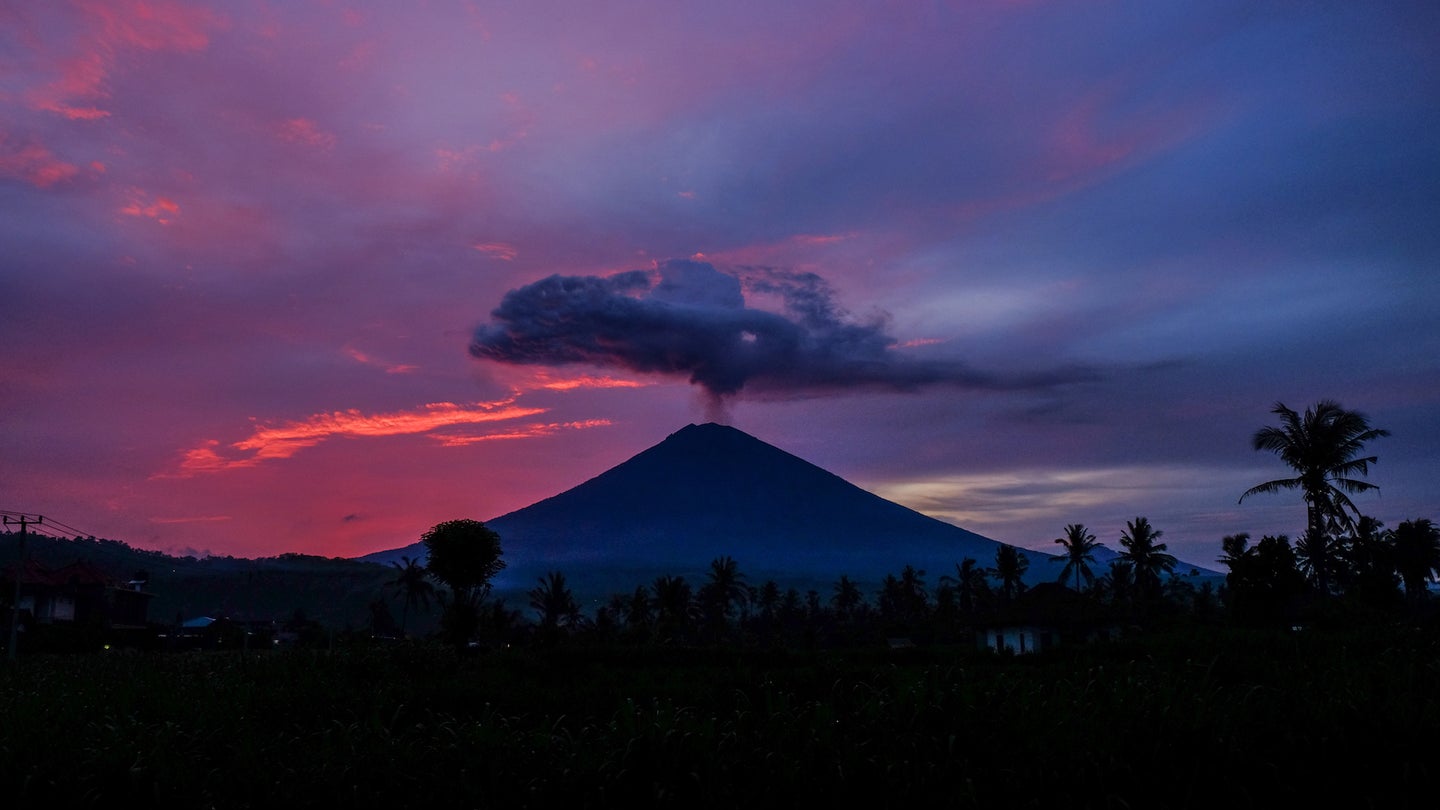 Last Tuesday, the active Mount Agung volcano in Bali, Indonesia erupted four times, prompting volcanologists to send an unmanned aerial vehicle on a reconnaissance mission to collect volcanic gases. Unfortunately, that UAV was quickly lost, with scientists eager to get their data back and one very expensive drone lost to the elements.

According to Newsweek, the $45,000 AI 450 drone braved harsh wind conditions throughout its short-lived flight and navigated through thick clouds of volcanic smoke. Indonesian Disaster Mitigation Agency (BNPB) spokesman, Sutopo Purwo Nugroho, tweeted a map containing the drone’s trajectory, as well as the fact that drone contact was lost at 11.55 p.m. with no more sign of it thereafter.

The drone had been used for numerous flights near the mountain since August when the volcano began actively releasing smoke again according to the article. The drone is capable of analyzing the various resultant gases, which provide the scientists with vital information allowing for better understanding of the volcanic activity. Unfortunately, this time, the UAV vanished 1,000 feet below the volcano’s crater, at a height of 9,360 feet.

It was the United States Geological Survey agency (USGS) that reportedly provided the Bali Volcanology and Geological Disaster Mitigation Center (PVMBG) with the highly sophisticated and expensive gas sensor-fitted AI 450 drone. Here’s the PVMBG team with the drone in question during a gas-analyzing flight in November.

According to Newsweek, up until last August when hundreds of people had to evacuate their homes, Mount Agung hadn't erupted since the early 1960s. This isn't the only volcano causing concern in the area, by the way, there are almost 130 active volcanos in the area aptly titled the "Pacific Ring of Fire," due to its volcano-conducive area of shifting tectonic plates.

Though it truly is a shame that this high-end drone was lost, with little likelihood that it'll be recovered, it's continuously impressive and inspiring to see people all around the world take advantage of this new, aerial tool. The modern drone can be utilized in so many different industries and persuasions. Even though there's always someone using a drone to commit crimes or ruin a football match, there are also groups like the Bali Volcanology and Geological Disaster Mitigation Center and those who support them, tirelessly trying to improve the lives of millions.