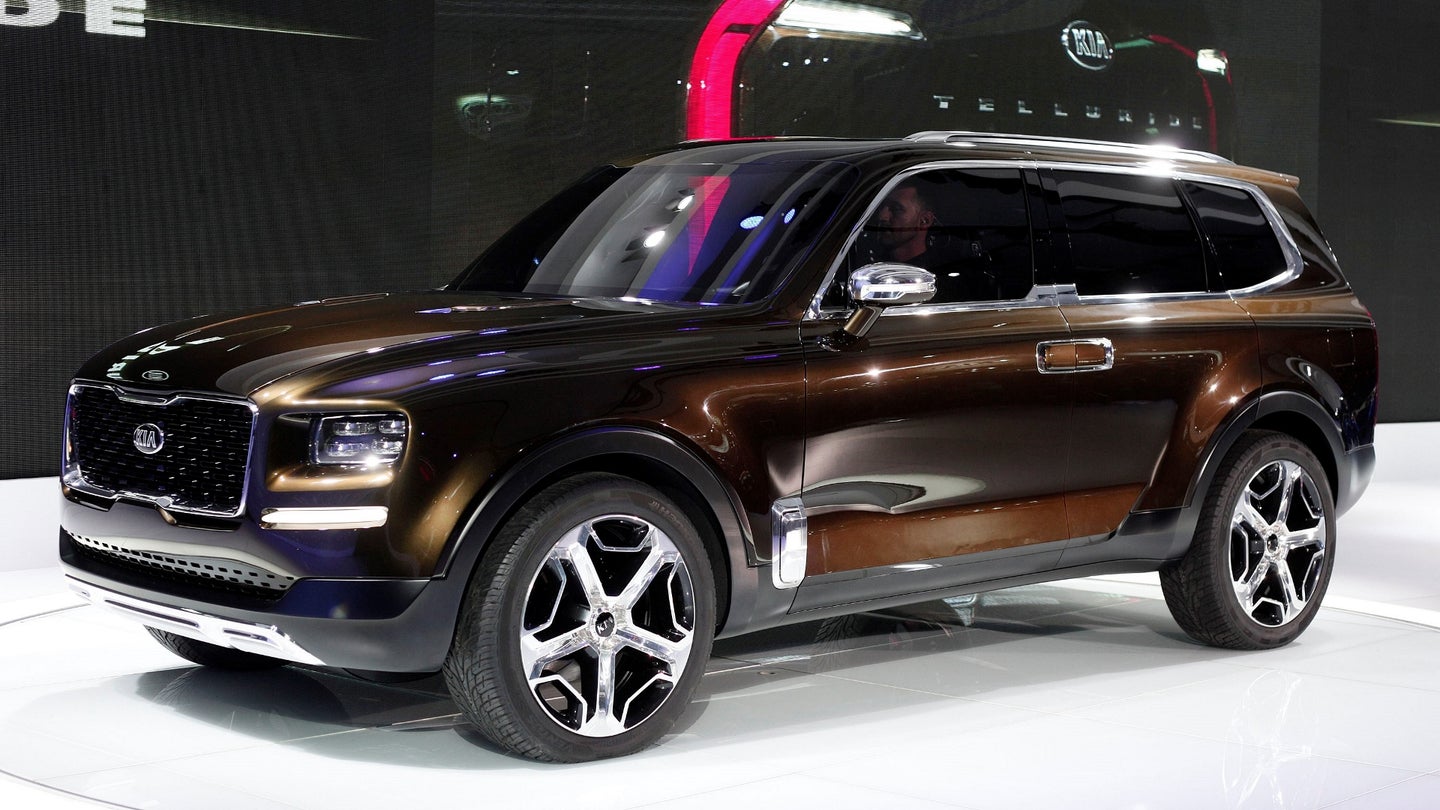 You may not remember it, but Kia brought a full-size SUV called the Telluride to the 2016 North American International Auto Show in Detroit. The Telluride had a boxy shape, suicide doors, a nice, spacious interior with three rows of seats, and a signature Kia grille. It didn’t look too far off from a production model and was a sort of spiritual successor to the Kia Borrego SUV that was made for two model years in the late 2000s. What...you don't remember the Borrego?

Now, two years later, it looks like the Telluride might be arriving in showrooms sooner than later. Wards Auto reports that Kia will “have some announcements soon” about a new three-row Kia SUV and to “stay tuned for more details” in an interview with Kia Motors America vice president of product planning Orth Hedrick. The same report says that Kia global design chief Peter Schreyer, one of the men often credited with turning the brand around over the past few years, confirmed to Australian media that a production version of the Telluride was greenlit for production.

Right now, the biggest Kia crossover is the Sorento which is available with three rows of seats, but the optional third row is a bit cramped and doesn’t leave much room for cargo when it’s in use. A more spacious non-minivan family hauler would be a smart move for Kia.

“We see a growing need in our portfolio with buyers who are maybe in the second or third generation of Sorento and they need maybe a little more space,” said Hedrick. He went on to say that Kia shoppers might have kids who are “adult-size persons…and they usually have two or three friends and they have a lot of gear. Those buyers (with teenagers) don’t necessarily want a minivan.” In other words, the Telluride will be a crossover for the many shoppers out there whose needs would be best met with a minivan but are just too cool for sliding doors. That could be bad news for the Kia Sedona, a strong contender in the shrinking minivan segment.

We reached out to Kia asking to confirm the Wards Auto report and were told the brand “has made no official announcement regarding a production version of the Telluride.” Perhaps an updated Telluride concept or a production-ready model will make an appearance at the Chicago Auto Show in a few weeks.