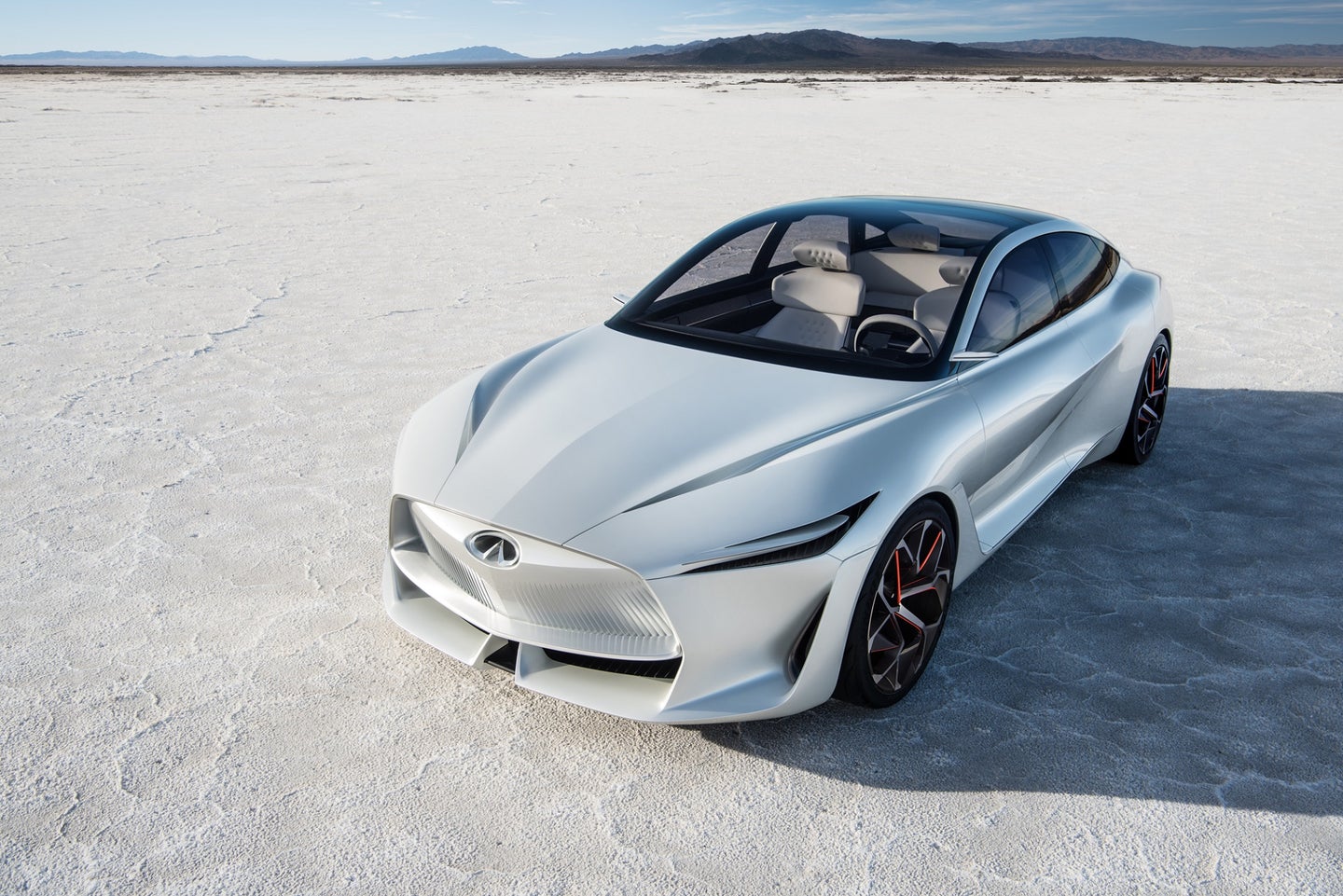 Infiniti sold 246,492 vehicles worldwide, up 7 percent over last year. When it breaks it down into regions, Infiniti saws sales records in the U.S., Canada, China and Taiwan. The company attributes the record-breaking year to the introduction of the Q60 couple, the Q50 flagship sedan and the Q30/QX30 compact crossover.

In the U.S., the company sold 153,415 units, up 11 percent year over year. Canada’s record year included 12,433 vehicles sold for a 3 percent improvement over the previous year. Growth in China was the strongest with 5,823 units sold in the month of December alone. That helped round out the year at 48,408, an increase of 16 percent. Taiwan’s record year came in at 2,440 units representing growth of 21 percent over 2016.

Speaking on the Boston Celtic’s style “eight-peat” was Christian Meunier, global division vice president for Infiniti sales operations and marketing, saying, “We're grateful that customers around the world increasingly appreciate the stunning design, advanced technologies and premium experience we work so hard to offer. Our portfolio has never been stronger, and our design has never been as compelling or consistent. We expect the momentum to continue in 2018 with the introduction of the new QX80 full-size SUV, which just went on sale, and our all-new QX50 midsize crossover, which goes on sale in the first quarter and features the world's first variable-compression ratio internal combustion engine – the VC-Turbo. We'll show the world a glimpse of our new design direction next week in Detroit with the debut of a stunning, new sedan concept designed to accommodate future powertrain and autonomous technologies."

With all these companies putting up huge numbers this year in the luxury segment the bar is being set very high for 2018. Let’s hope it does not disappoint.