The Oscar-winner heroically then tells all the media outlets about his heroism. 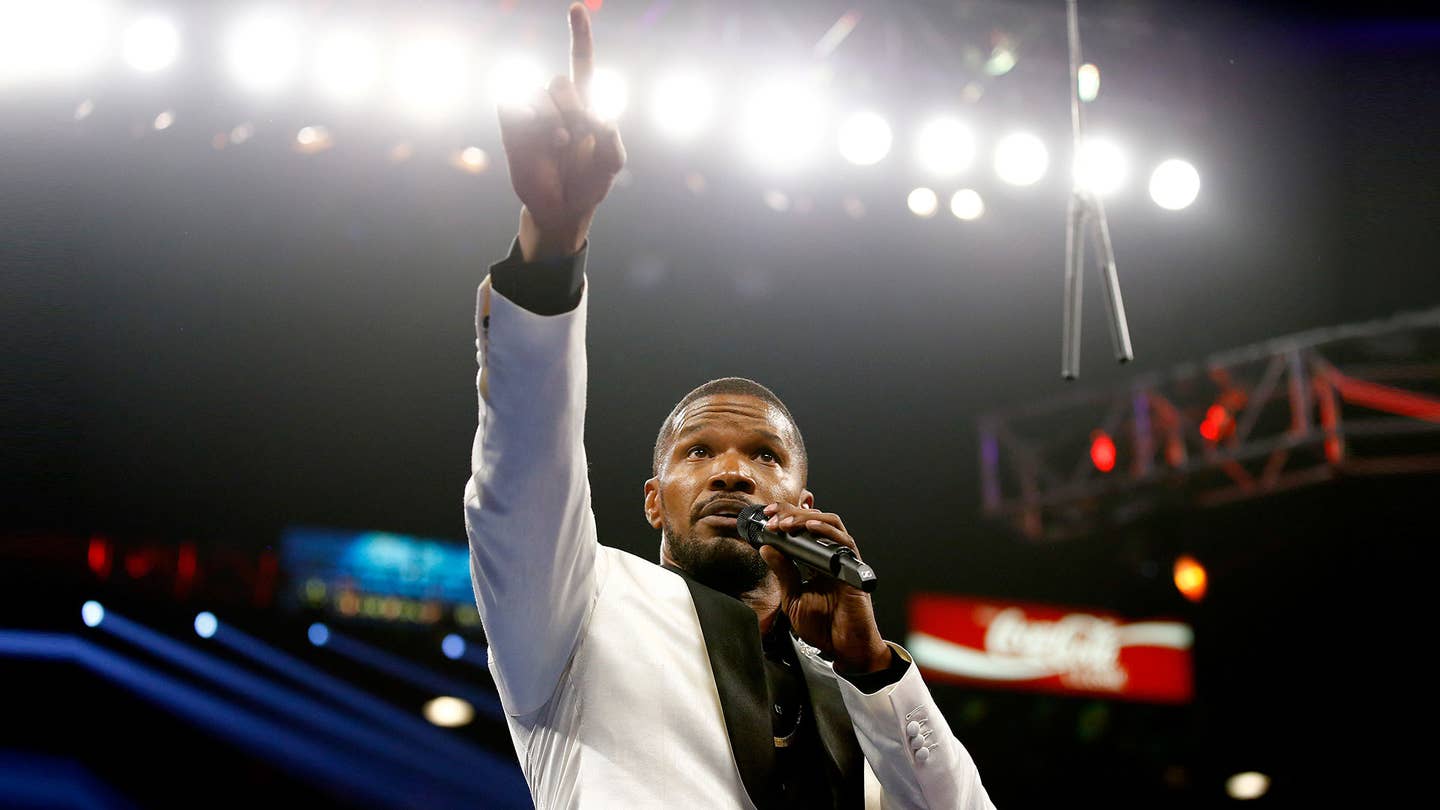 Late Monday night, Jamie Foxx was inside his Los Angeles home when he heard a horrific clamor outside. Rushing out, he came upon an upside-down Toyota Tacoma, mangled and aflame.

The actor immediately called 911, and then ran to the wreck to discover a male driver still strapped into the seat. He freed him and then helped drag the man to safety, 10 yards from the smoldering Taco. According to the California Highway Patrol, the driver clipped a drainage ditch, causing the Toyota to roll over repeatedly and burst into flames. The driver suffered serious injuries, including some burns, and was transported to the hospital where he was treated, then later arrested for driving under the influence of alcohol, the police report says.

We know of Jamie Foxx’s stoic bravery in this incident because Jamie Foxx’s team stoically told members of the media about it. "Jamie didn’t hesitate. He jumped out and ran to the car," one of his reps confirmed to ABC News. The CHP and its reports list nary a mention of Foxx, but do mention that two civilians aided the trapped driver, using a rescue tool to break the window and slice the seat belt.

That’s an interesting detail, given how much Jamie Foxx hates smoke.