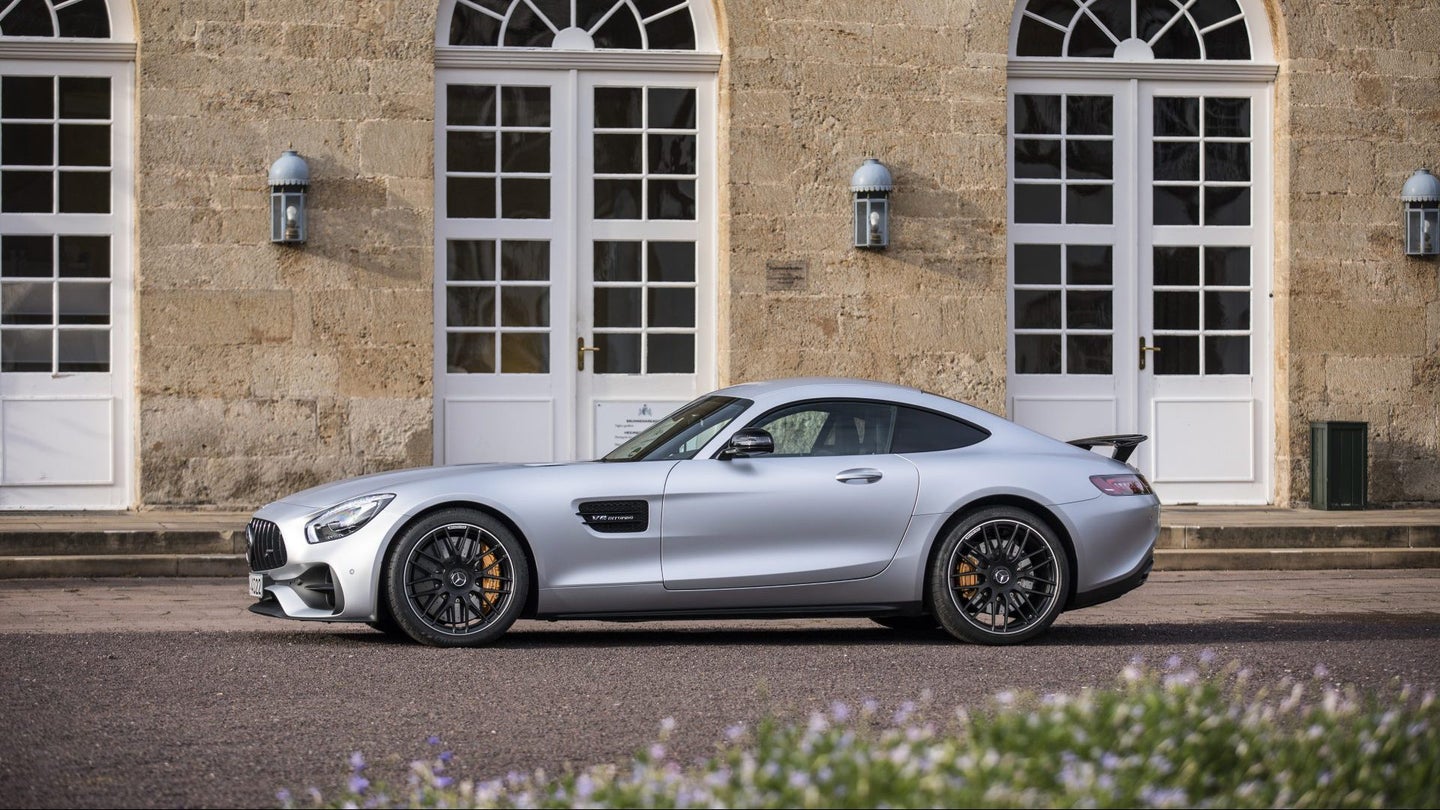 Perplexingly, Mercedes-AMG's mighty, 577-horsepower GT R super sports car currently packs less punch than its 603-hp E63 S executive sedan stablemate despite both being equipped with the firm's 4.0-liter twin-turbo V8. As a result, the big four-door family car actually beats the purpose-built GT R in the straight-line sprint to 60 mph. If a new report is to be believed, however, that might not be the case for very long.

According to Autocar, the entire AMG GT range is set to receive a mild power boost with its mid-cycle facelift sometime before the end of this year. As it stands, the barebones GT produces 469-hp while the GT S and GT C Roadster are good for 515 and 550 horses, respectively. Expect the base car to approach 500-hp and its S and Roadster variants to increase in power proportionately. Hopefully, it also means an updated GT R with a power figure north of 600, putting it further ahead of any pesky Porsches or at least, its own E-Class brethren.

On the cosmetic front, don't expect anything too radical as Mercedes only recently refreshed the low-slung coupe's look, giving it a "Panamerica" grille in late 2016.