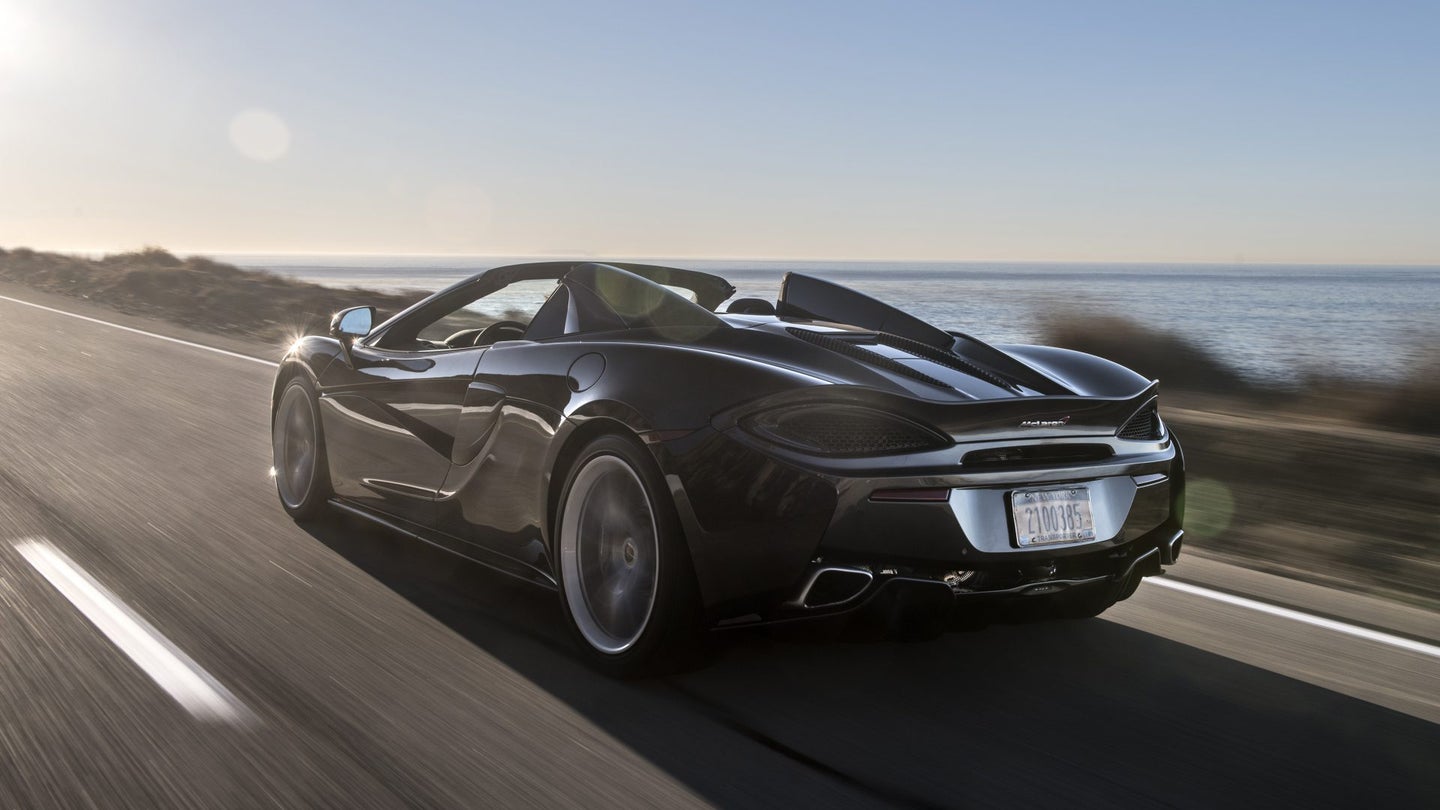 McLaren has reported a record year for sports and supercar sales in 2017, hawking a total of 3,340 cars in the last twelve months, exactly 54 more than 2016. Of those, 2,119 (or almost two-thirds) consisted of the entry-level Sports Series (also known as the 570S and its convertible and grand touring offshoots) while the remaining 1,221 were made up of McLaren's Super Series offerings, namely the 650S and its biblically fast 720S replacement.

Divvying up by geography, a total of 1,234 McLarens were sold in the company's largest market: North America. Yes, somewhat surprisingly, the continent that consists of the U.S., Canada, and Mexico remains the British luxury sports car maker's most lucrative audience. Not China. Not its home country of England. Not even Dubai. America.

Putting the Top Down in the McLaren 570S Spider
The Drive

McLaren CEO Mark Flewitt said, "Demand has been strong for McLaren Automotive across our product families in 2017, with interest particularly robust in our biggest market, North America. The majority of sales came from the Sports Series family, our brand entry point that is achieving significant interest and attracting new customers."

Flewitt also expects a strong financial showing in the coming year as 720S production goes into full swing and a couple of already sold out Ultimate Series hypercars come into play.

"With a strong order bank stretching well into this summer, it is expected that close to half of 2018 sales will derive from the Super Series," said Flewitt. "Meanwhile, the Ultimate Series continues to surpass our expectations with a completely full order book for both the newly unveiled McLaren Senna and another future model codenamed BP23," he said.