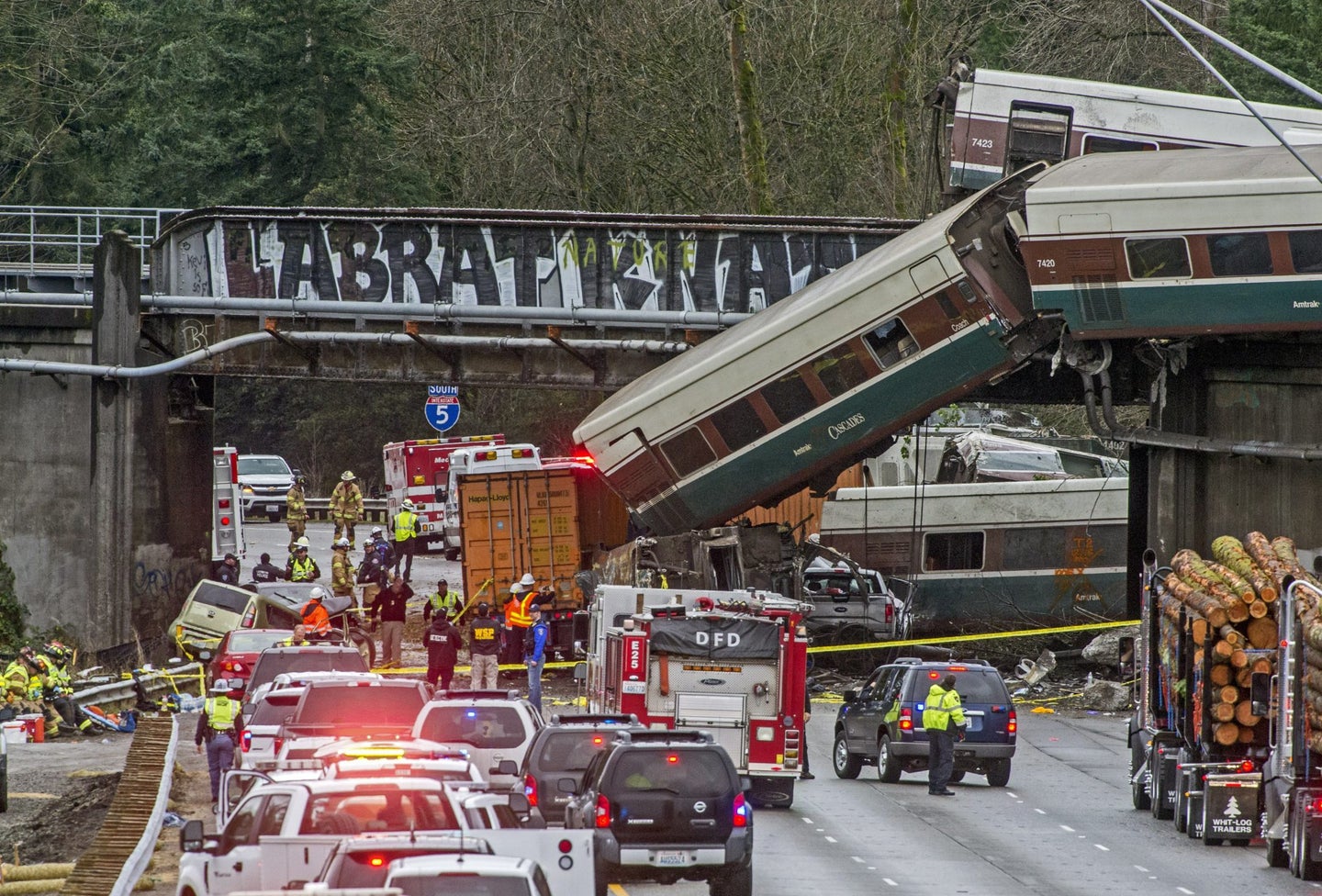 An initial review of the final part of the accident sequence did not show the crew using any personal electronic devices, the NTSB said in a statement. About six seconds before the derailment, the engineer made a comment "regarding an over speed condition," according to the federal agency.

The engineer's actions were consistent with applying the locomotive's brakes just before the end of the recording, according to the findings, which the NTSB stressed were preliminary and subject to change. It did not appear the engineer placed the brake handle in emergency-braking mode.

The recording ended as the locomotive was tilting and the crew was bracing for impact, with the final recorded speed of the locomotive listed as 78 mph.

The probe into the crash is expected to last 12-24 months.

Separately, The Seattle Times during the weekend reported that Amtrak crews had expressed worries about training on the new route, citing a person briefed on the matter.