The Best and Worst Hypercars of 2017

This was a great year for hypercar debuts and launches, but how do they compare? 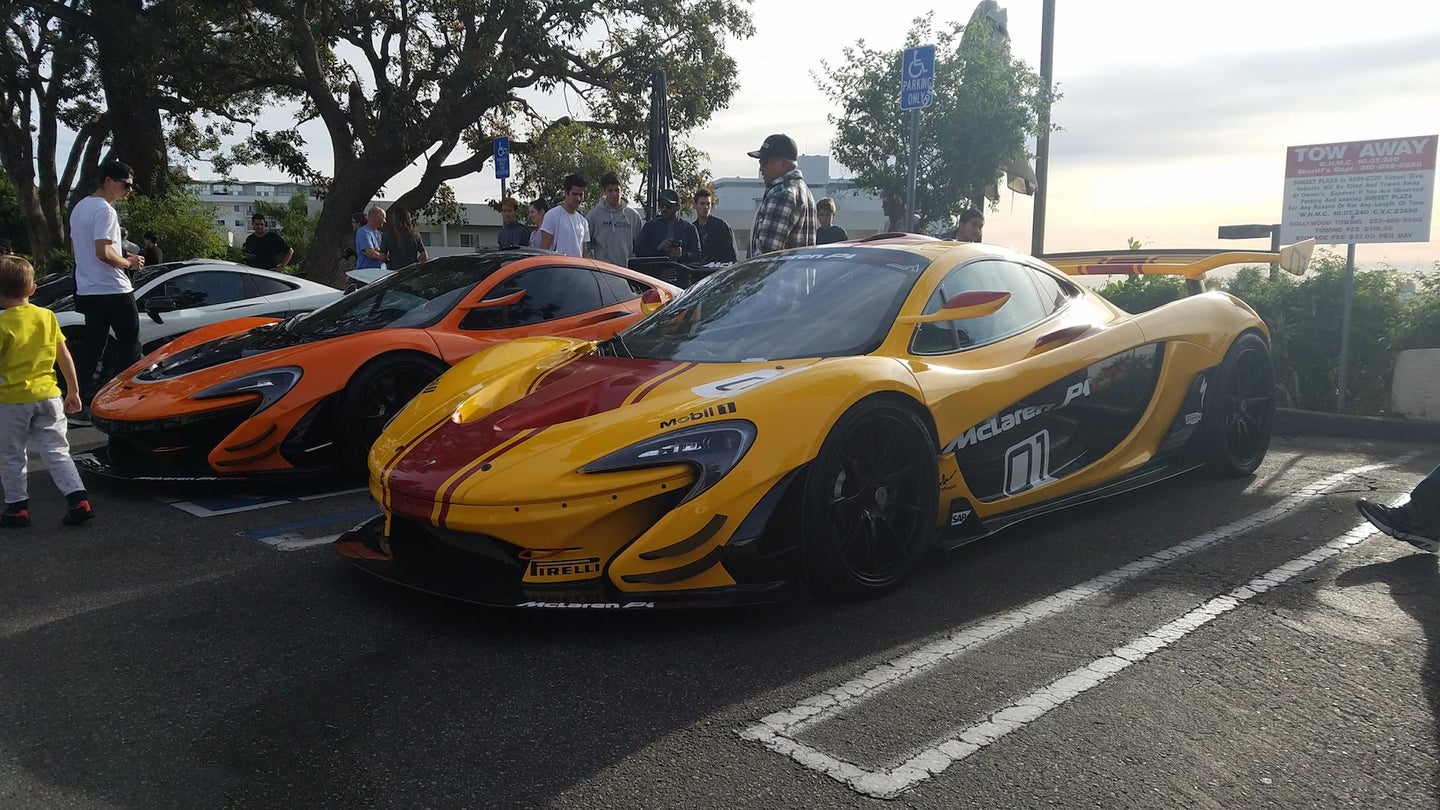 Hypercars are an acquired taste. To some, they're just ridiculous-looking and overpriced rarities, and their unattainability is off-putting. But to us they're special. They are the pinnacle of performance technology and give us a glimpse of what sports cars will be like in the near future.

We've rounded up and ranked 10 of the most notable hypercars that were either announced or came out this year. The record-setting Koenigsegg Agera RS would probably rank number 1 on this list if it wasn't a product of 2015, sorry.

For clarification, we're defining a hypercar here as a limited-production, top-of-the-line supercar with a price of around or more than $1 million. The best cars on the list will offer nearly unrivaled performance, great looks, and innovative technology designed to trickle down to production cars. The worst cars on the list aren't bad at all, but they don't bring as much to the table. Here's the full list, ranked from worst to best.

The Devel Sixteen debuted at the Dubai Motor Show with 5007 horsepower, twin-turbocharged V-16 engine, and an estimated top speed of 320 miles per hour. That all sounds awesome, but also terrifying to drive and insanely impractical, even by hypercar standards. We aren't certain how the car will be geared, but it sounds like one flex of the toe will thrust you into a wall at Mach 1. It's also not a good looking car, despite being designed by ex-Pininfarina advisor Paolo Garella. There is some potential for the car, but for now its performance numbers seem like a gimmick. We hope Devel can prove us wrong, though.

McLaren continues to stress that the Senna is NOT a successor to the P1. Like the Devel, it puts form over function to make it an absolute monster on the track. It sacrifices horsepower (789 HP compared to the P1's 900) for aerodynamics, but why does it have to be so ugly? Our favorite analogy for the Senna is a 720S with a Craigslist bodykit on it. Not to mention that the 720S, a production McLaren that looks miles better than the Senna, is already giving some hypercars a run for their money.  The Senna will have to prove itself on the track to win back fans, especially if it wants to make the legendary driver it's named after proud.

The Hennessey Venom F5 is an awesome-looking hypercar from the US of A. The company promises faster acceleration than a Formula 1 car and a top speed of 301 mph, but that's precisely why the F5 is so low on this list. If there's one thing founder John Hennessey is bad at, it's promises; Hennessey needs to get the brand's reputation out of the toilet and make amends with his customers/employees before we'll support this car's creation. The Venom F5 may just be a victim of its company's shady business practices, but we strongly urge people not to buy one until Hennessey grows up.

We doubt you've heard of the Aria FXE, as it made its debut a few weeks ago at the Los Angeles Auto Show to a small crowd of onlookers. Irvine, California-based design group Aria isn't well-known, but it's designed everything from the 2009 Tesla Model S concept to the Warthog in the Halo 4 video game. The 1,150-horsepower hybrid FXE has the potential to dethrone the aforementioned Hennessey and become America's hypercar. It's also quite handsome, especially in person.

The Aston Martin Valkyrie is shaping up to be a great hypercar, featuring lots of beautiful lines, 1,130 horsepower, and a 1:1 power-to-weight ratio. Compared with other cars on the list, it seems subdued and civilized–– although that's always been AM's philosophy. Even Aston Martin claims it's more about a dynamic driving experience than trying to set a new record, and that's okay. It's not a bad car by any means, but aside from its bespoke seats, little about it stands out to us.

When Ferrari announced the FXX-K, we wondered how they could ever top that ridiculous 1,036-horsepower race car–– so Maranello gave birth to the FXX-K Evo. Little is known about the FXX-K's "little" brother, but the Evo is way lighter than an regular FXX-K and Ferrari is using it to test better aerodynamics. Despite the ridiculous amount of aero bits crammed into the bodywork, the FXX-K Evo is gorgeous in our eyes.

Sorry Lamborghini Aventador, the new Apollo Intensa Emozione is now the closest thing you can buy to the Batmobile, aside from the actual Batmobile itself. Underneath all of the aggressive carbon fiber pieces is a 6.3-liter V12 mated to a 6-speed sequential gearbox, keeping things nice and simple. However, those aero bits help the Intensa Emozione generate 2,976 lbs of downforce–– that's 700 pounds more than the car weighs. It also sounds like an angry swarm of hornets.

While it isn't the fastest kid on the block anymore, the Bugatti Chiron deserves a lot of respect. The successor to the Veyron is much better looking, ditching the Veyron's dopey expression for a more aggressive and confident face while retaining many of its elegant curves that define Bugattis. After the Veyron's underwhelming 10-year run we were more than ready for something new, but Bugatti delivered with a proper 1500-horsepower dream car.

Hold your pitchforks–– like the Chiron, the Lamborghini Centenario technically came out last year but only just came to US soil in 2017.  The Centenario follows in the footsteps of all of Lambo's hypercars; it's the first Lamborghini to get four-wheel steering, which trickled down to the Aventador S. That's what a proper hypercar should do, act as a glimpse of what a company's production vehicles will be like in a few years. It's also an amazing car to look at;  your eyeballs will spend at least 15 minutes exploring every line and curve of the car if you're lucky enough to see one in person.

1. Mercedes-AMG Project ONE (The Best)

While Formula 1 cars have contributed plenty of tech to road cars, their influence on the car world may not have been that apparent to the casual observer. That is, until the Mercedes-AMG Project ONE arrived. We think that the Project ONE's hybrid F1-derived powertrain will be some of the most influential performance technology in the next few years. Manufacturers are already getting insane power figures from smaller-displacement engines, but a 1.6-liter making 1000 horsepower (with the help of a few electric motors)? That's impressive and gets us excited for the future of hybrid-electric powertrains. This Mercedes really does put the "hype" in hypercar, which is why it's our number one pick for 2017.

This is just our list, and we would love to hear your favorites. How would you rank these cars, and what was your number one this year?