Five generations of the rear-wheel-drive BMW M5 join the all-new xDrive F90 at the Estoril track in Portugal for a family reunion. 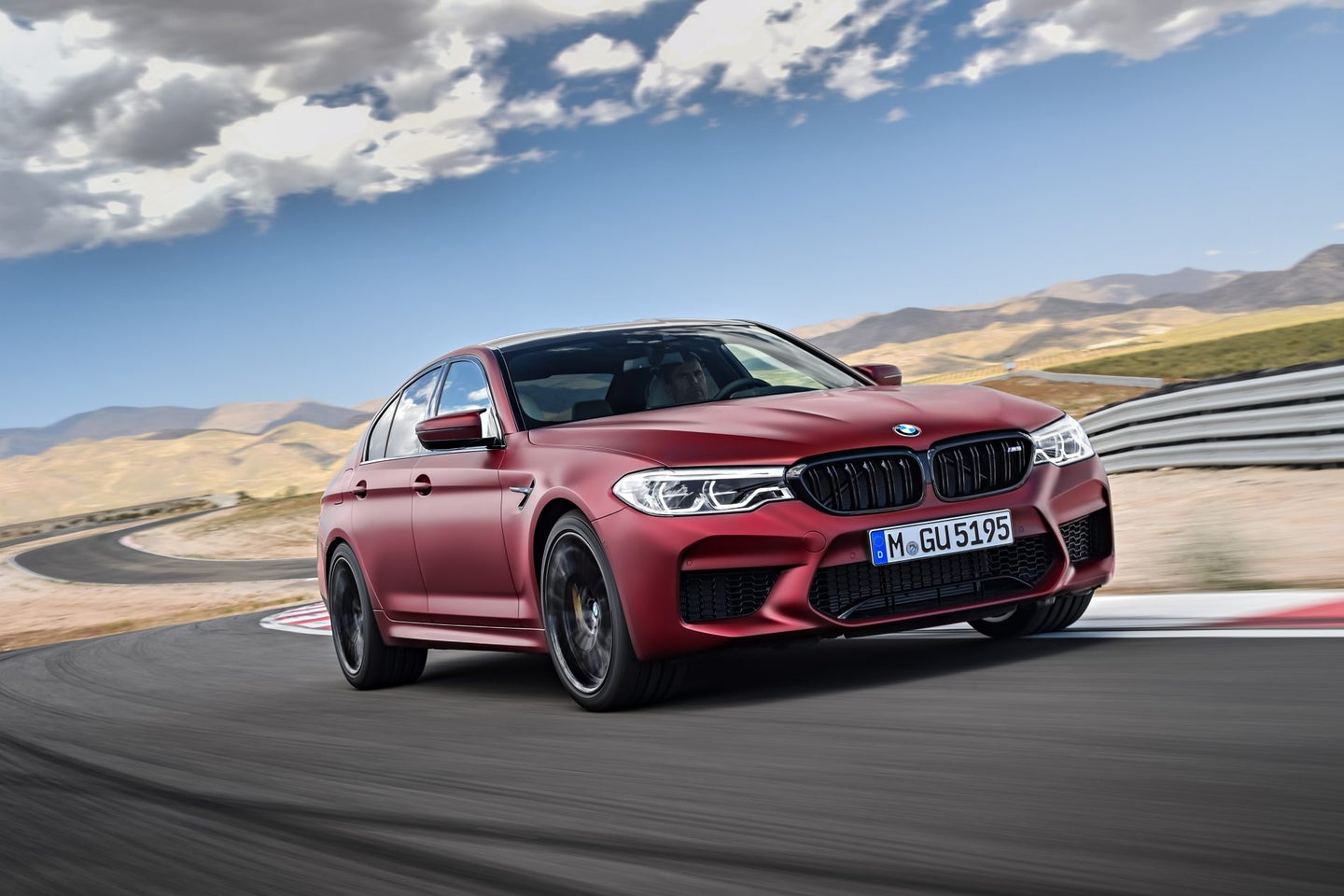 It is always nice when you get the family together for dinner, right? Well, the same goes for generations of cars, past, present, and future. To line them up and see the changes throughout the models can be pretty fascinating. Far better than just seeing a lineup is actually getting the generations together for a fun little track day.

We have seen the latest slew of videos featuring the new 2018 BMW M5, but we can now see it in a better light amongst its ancestors. The video below shows the sixth-generation F90 standing firm at the starting line, with the newest MotoGP safety car at the head of the pack.

As some of you may recall, the original M5 was the E28 that was unveiled to the public back in February of 1984. As the years went on, various styling and power changes were implemented. However, one thing remained the same: Each M5 that came after the original boasted a rear-wheel-drive system. The new M5, on the other hand, is taking a different route with its xDrive setup, the first time BMW has done this for a non-SUV M model.

Car enthusiasts should not fret, though, because you can still burn up the rear tires by turning on the two-wheel-drive mode. The photo below shows the versatile handling options for when you want to stay grounded or go for a little drift session. Simply use the heads-up-display to choose your driving arrangement.

The change to an AWD system allows the 600-horsepower beast to produce dynamic performance in a wide range of driving situations. According to BMW's official press release, when the engine is first started, the car will be in all-wheel-drive mode with Dynamic Stability Control turned on.

Frank van Meel, Chairman of the Board of Management at BMW M GmbH, explained that this pioneering drivetrain technology provides a long list of benefits to the new M5.

“Thanks to M xDrive, the all-new BMW M5 can be piloted with the familiar blend of sportiness and unerring accuracy both on the racetrack and out on the open road, while also delighting drivers with its significantly enhanced directional stability and controllability right up to the limits of performance when driving in adverse conditions such as on wet roads or snow," he said.

The German automaker is expected to add a Competition Package in 2018 when it decides to take the M up a notch. From this, you can expect an increase in power over the already satisfying 600 horses from the twin-turbo 4.4-liter V8. Along with the power bump, chassis hardware and suspension upgrades will follow suit in the same way it did for the M3 and M4 Competition Packs.

It is safe to assume that BMW will want to offer the Competition Package as soon as possible, given that most people paid extra for it in the M3 and M4 models. Van Meel also disclosed that many customers are already asking for a CP and that it is "closer than you'd think."

"The idea is to be better than the predecessor and the competition with the M car," he told Road&Track. Then, when a Competition Package is introduced, "We want to put the level one step higher."

It seems as though everyone has their favorite version of a car. Which generation of the BMW M5 is your favorite? Leave a comment below.