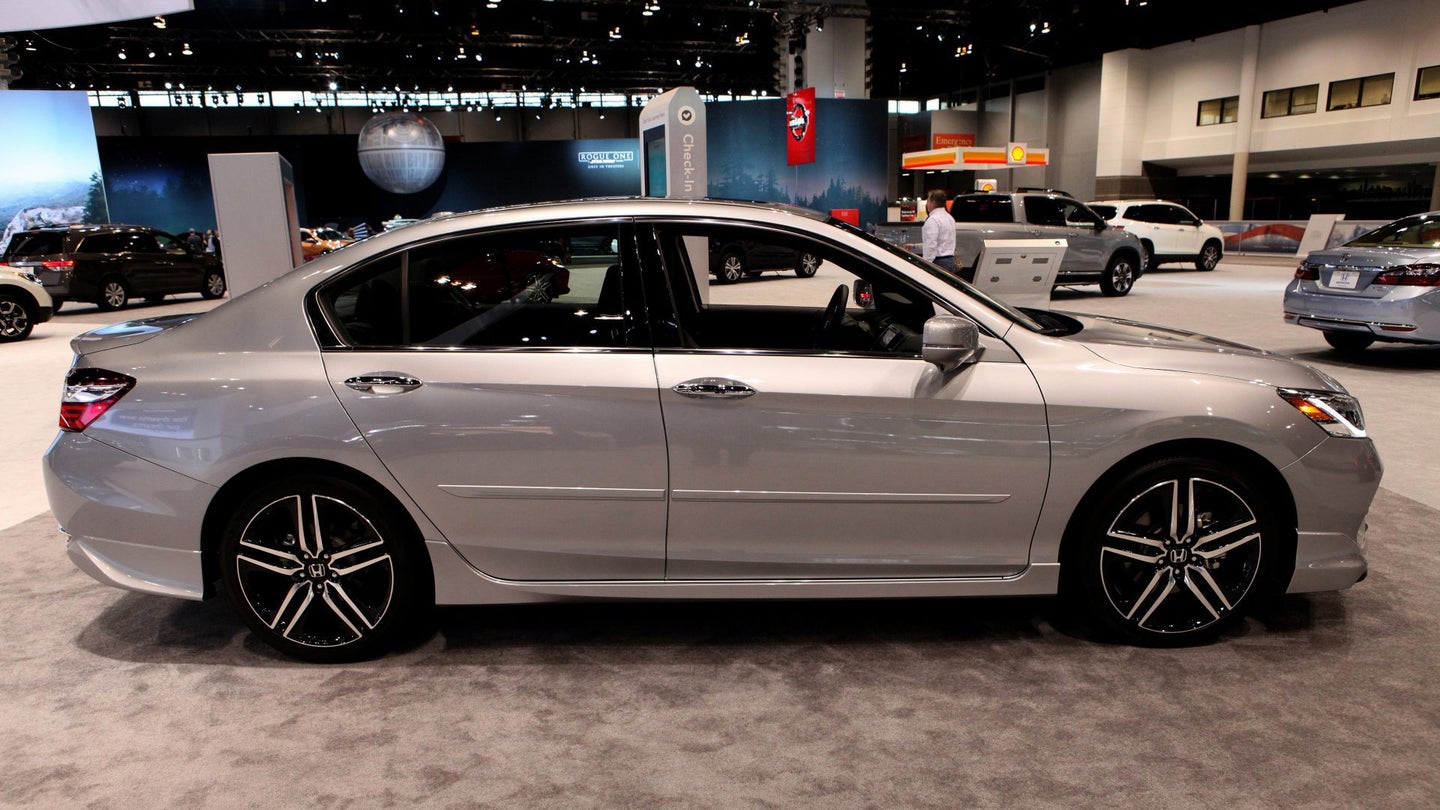 It seems like Accord thieves just don't know when to quit. In the same week that a California man was beaten up after swiping a 1991 Honda Accord, a Maryland owner of a 2017 model apparently found his car on bricks with the wheels gone...twice. In the same week.

According to a report by NBC Washington, a 2017 Honda Accord in Prince George's County got its wheels stolen in the early morning hours of Nov. 28. After this incident, the owner's husband, Anthony Greer, reportedly installed a "top of the line" motion-sensing Viper alarm to the vehicle. Despite this, the car was found outside an apartment complex without its wheels once again on Dec. 5, exactly one week after the initial theft. The report also says that the Honda was left on "the same type of bricks" for the second theft as it was for the first, leading us to suspect that this may be the work of the same thief double-dipping rather than a competing, copycat criminal.

Keen readers of The Drive will note that the wheels that come with upper trims of the 2016-2017 Accord being the target of thieves is not a new phenomenon. Back in June, at least 12 of the things disappeared off one of Honda's own dealership lots in North Carolina overnight. The criminal affinity for this particular set of rims stems from the fact that its bolt pattern fits a wide variety of Hondas that stretch over a decade old and the fact that thieves... just love Hondas. Nothing suits your stolen 2006 Civic Si better than a set of stolen 2017 Accord wheels, apparently.

When reached for comment, Honda didn't offer any official statements or advice for concerned owners but did add that "wheel locks are available as dealer-installed accessories." Before you ask, yes, Greer's wife's Accord was equipped with wheel locks. Wheel locks that the determined thief/thieves managed to break.