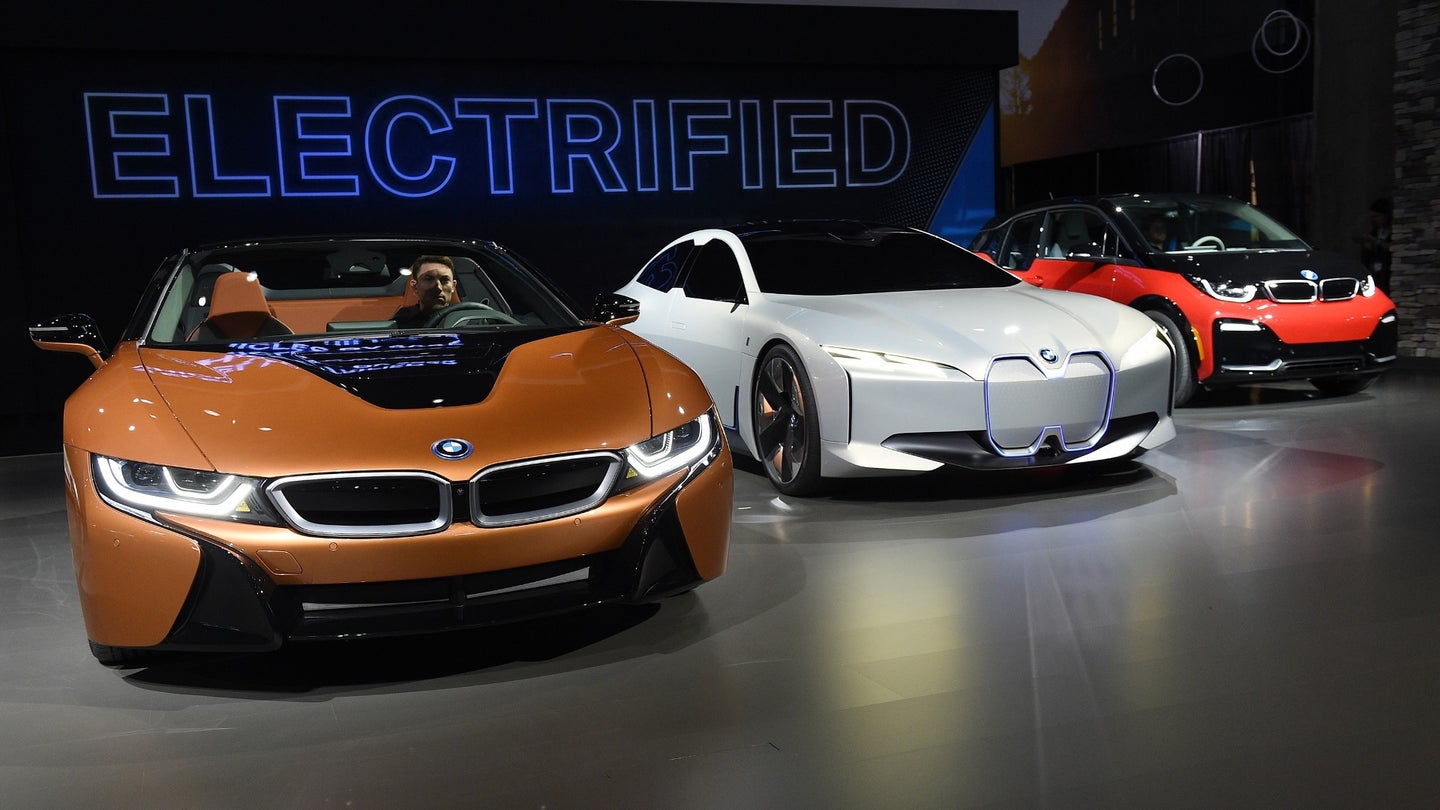 BMW has been hyping up its own near-future for some time now. Better late than never, the German brand is finally getting serious about electrifying its luxury cars and crossovers. Some new information has come to light in a press release revealing potential names of future BMW vehicles.

BMW CEO Harald Krueger spilled the beans that BMW has secured naming rights for the following names: i1, i9, iX1, and iX9. As we know, the “i” badge indicates a hybrid/electric vehicle. Currently, the only two i cars are the compact i3 EV and the hybrid i8 sports car. Presumably, the i9 will be a bigger car (probably a sedan) and the i1 could be an EV even smaller than the diminutive i3. But what about those iX names?

BMW uses the X monicker for crossovers and SUVs like the popular X5. We can’t say for sure, but there’s a very good chance that the iX1 and the iX9 will be hybrid or electric crossovers that are long overdue in the i lineup. BMW knows better than anybody how hot the crossover segment has become, especially for luxury brands. If the brand is going to make a serious investment in EVs, it only makes sense for crossovers to be part of that.

One thing we can confirm is an electrified X3 due out in 2020. “In it, X and i come together,” says the press release. The statement goes on to say that, “going forward, all electrified BMW models will be under the BMW i brand.” Does that mean the electric X3 will really be the iX3? We can’t say for sure, but there’s a pretty good chance.

We reached out to BMW directly and a representative declined to comment on the specifics of future products. With auto show season upon us, we’re hoping BMW pulls the wraps off some exciting new products in the near future.