What Does Toyota Have in Store for Its Next SUV?

Toyota has shown off multiple SUV concepts in the past year, but we have yet to see a new production model. 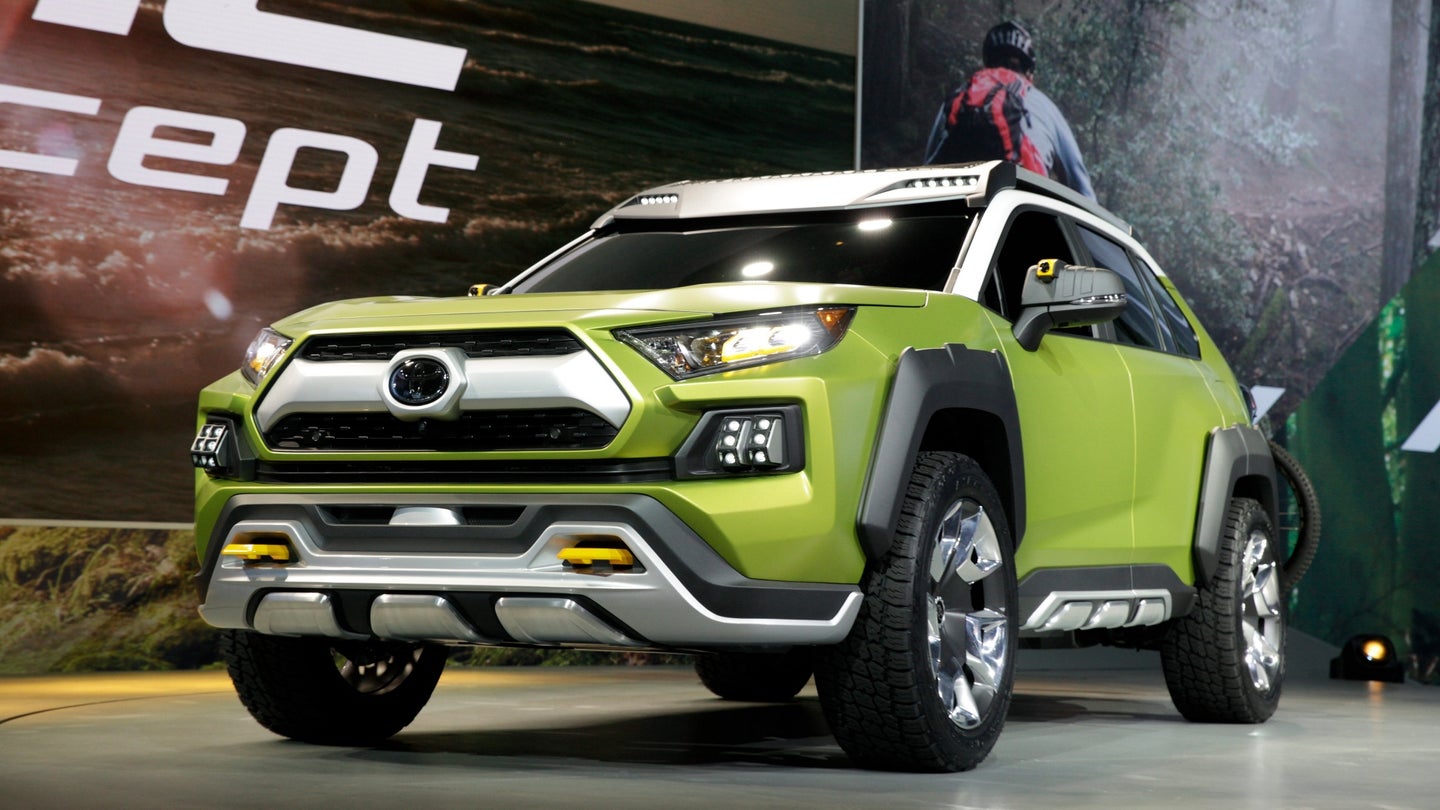 Have you noticed that Toyota has been pumping out quite a few different SUV concepts lately? Toyota debuted the FT-AC Concept at the L.A. Auto Show last month, the TJ Cruiser Concept in Tokyo this October, and the FT-4X Concept at the New York Auto Show earlier in April.

While all distinctly different, the three concepts have a few things in common, particularly the FT-AC and the FT-4X. Not only do they have similar alphanumeric names, but there are some clear similarities in the designs like the angular lines, black fender flares, and look-at-me paint colors. They also both have an off-road presence to them kind of like the Jeep Renegade, although their actual off-road capabilities are a mystery.

The TJ Cruiser concept that debuted in Tokyo was more of a practical urban transport for people and cargo with sliding doors, a boxy shape, and no real suggestion of off-road capability. It’s really more of a city van than an SUV. Toyota recently trademarked the name “TJ Cruiser,” so that’s our best hint thus far regarding the name of the next Toyota SUV.

Three concepts in one segment over the course of a year is a lot and should give us a pretty strong hint at a new production model. However, Toyota hasn’t shared anything about a real-life production SUV being added to its lineup anytime soon. We were curious, so we reached out to Toyota to try to get some answers.

“We can’t comment on future product development,” said Toyota analyst Marissa Borjon in an email. “But what we can say is that it makes sense for us to look for new entries in the hot SUV market. We’re going to continue to do so because our heritage has been so strong in the SUV and truck segments which is why you see a concept vehicle like FT-AC.”

That’s far from a confirmation of any new production model, but it is a pretty strong hint that a seventh member is going to join the Toyota SUV family in the near future. Our speculation is that it will be slotted above the C-HR, which is front-wheel drive only, and the RAV4, once a respected off-roader that’s become a soft family car available with all-wheel-drive and a hybrid drivetrain. With the Detroit and Chicago auto shows coming up in the next few months, we’ll be keeping an eye out on show floors for more hints and hopefully a new production-ready SUV from Toyota.

What we'd like to see is a spiritual successor to the old FJ40 Land Cruiser, but what we'll probably get is a "soft-roader" in the vein of the Jeep Renegade, which is not necessarily a bad thing.