An announcement regarding the car's final name will reportedly happen in the first quarter of 2018. 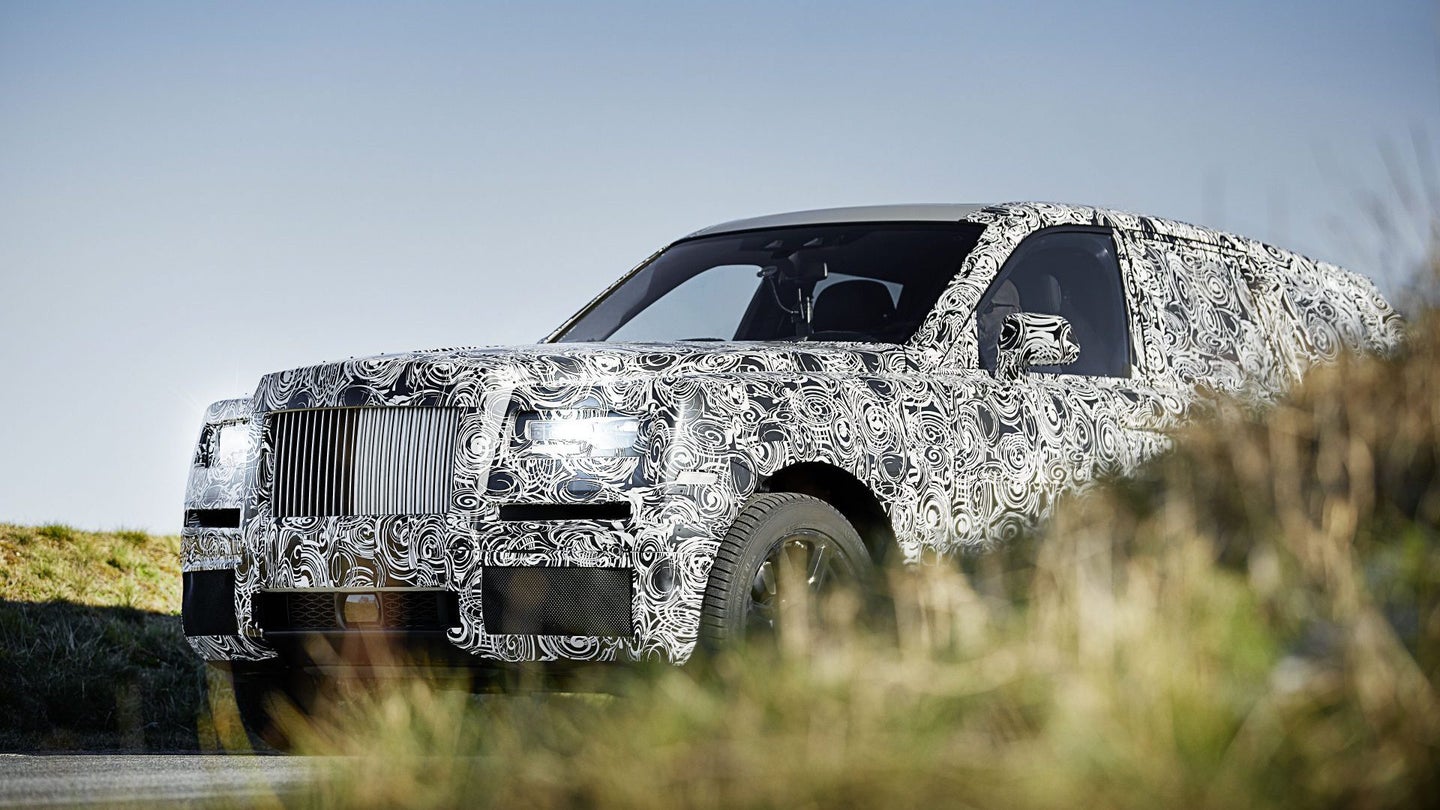 While the internet has taken to calling Rolls-Royce's upcoming SUV the Cullinan, the company has recently reminded us that the name is merely an internal, working designation and that the big Roller may or may not keep the moniker when it drops in production form sometime in 2019.

Speaking to the high ground clearance-obsessed folks at SUV Authority, Rolls-Royce Asia Pacific communications manager Hal Serudin says that Cullinan is "just a working project title" and that an announcement regarding the car's final name will happen in the first quarter of 2018. "We hope to be able to give you a little more news on this in the coming year," says Serudin.

Considering "Cullinan" was named after the largest diamond ever found (Large car, large diamond, geddit?) and that this will be Rolls-Royce's first SUV ever, we can't really think of any logical alternatives as to what this thing should ultimately be called. If Rolls really does decide to ditch Cullinan, we're sure its marketing team will come up with something just as pretentious, er, prestigious.

The upcoming Rolls-Royce SUV—or as the company likes to say, the all-terrain, high-sided vehicle (ATHSV?)—will share a platform with the 2018 Phantom and undoubtedly be one of the most luxurious (read: expensive) vehicles ever produced. It'll also serve as the first vehicle to employ the brand's new all-wheel-drive system.

Look for it to invade early 2020s music video sets the world over.