Ford's Plug-In Hybrid for Police and Government Forces Is Here

The hybrid is designed for non-pursuit units of course, because even an old Civic can outrun it. 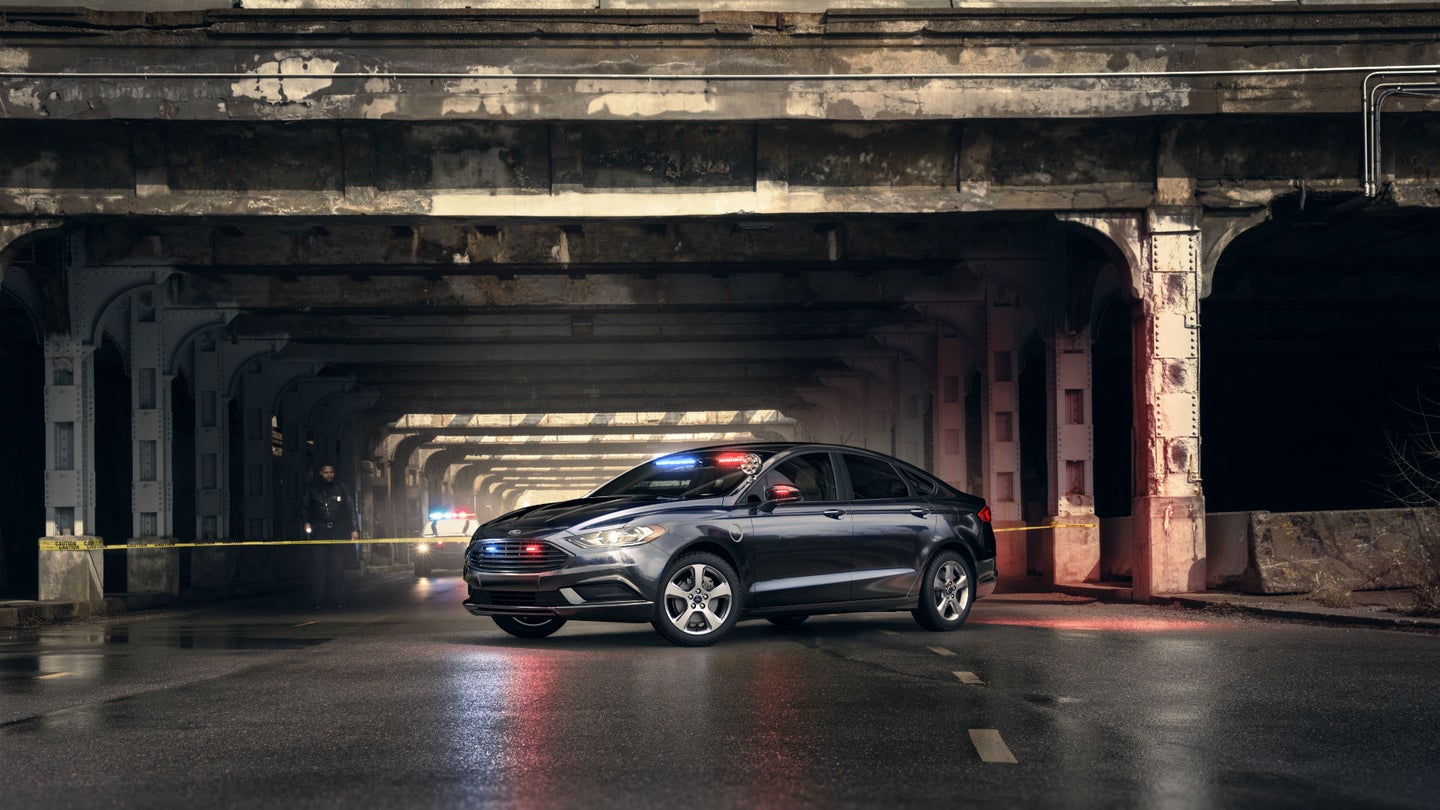 Ford has just launched its Special Service Plug-In Hybrid Sedan, one of the only emergency vehicles with a battery-only electric mode. The SSPHS can drive 21 miles on electric mode only, but on hybrid power, it will do up to 500 miles without a need to fill up.

The Special Service Plug-In Hybrid Sedan joins two other Ford hybrids on offer, the F-150 hybrid, and Police Responder Hybrid. Unlike the Responder variants, the SSPHS isn't pursuit-rated thanks to an 85 mph top speed. It's geared instead towards detectives, fire chiefs, and law enforcement personnel who do not engage in police chases.

The SSPHS' hybrid system lets officers plug the vehicle directly into any 120-volt wall outlet, or charge the car in just 2.5 hours at a 240-volt charging station. "This is the first Ford police vehicle that can potentially get through an entire shift using no gasoline whatsoever,” said Stephen Tyler, Ford Police brand marketing manager.

It may not be suited to emergency response tasks, but the Special Service Plug-In Hybrid Sedan is a step in the right direction for more environmentally-friendly emergency vehicles. It's the first police vehicle that can run solely on electric power, potentially earning it brownie points from environmentalists, unlike the other Ford police hybrids unveiled earlier this year.

The SSPHS will be available for purchase by police and other government agencies next summer.