Don't worry America, your trucks are safe as the Ridgeline is manufactured here in the U.S.A. 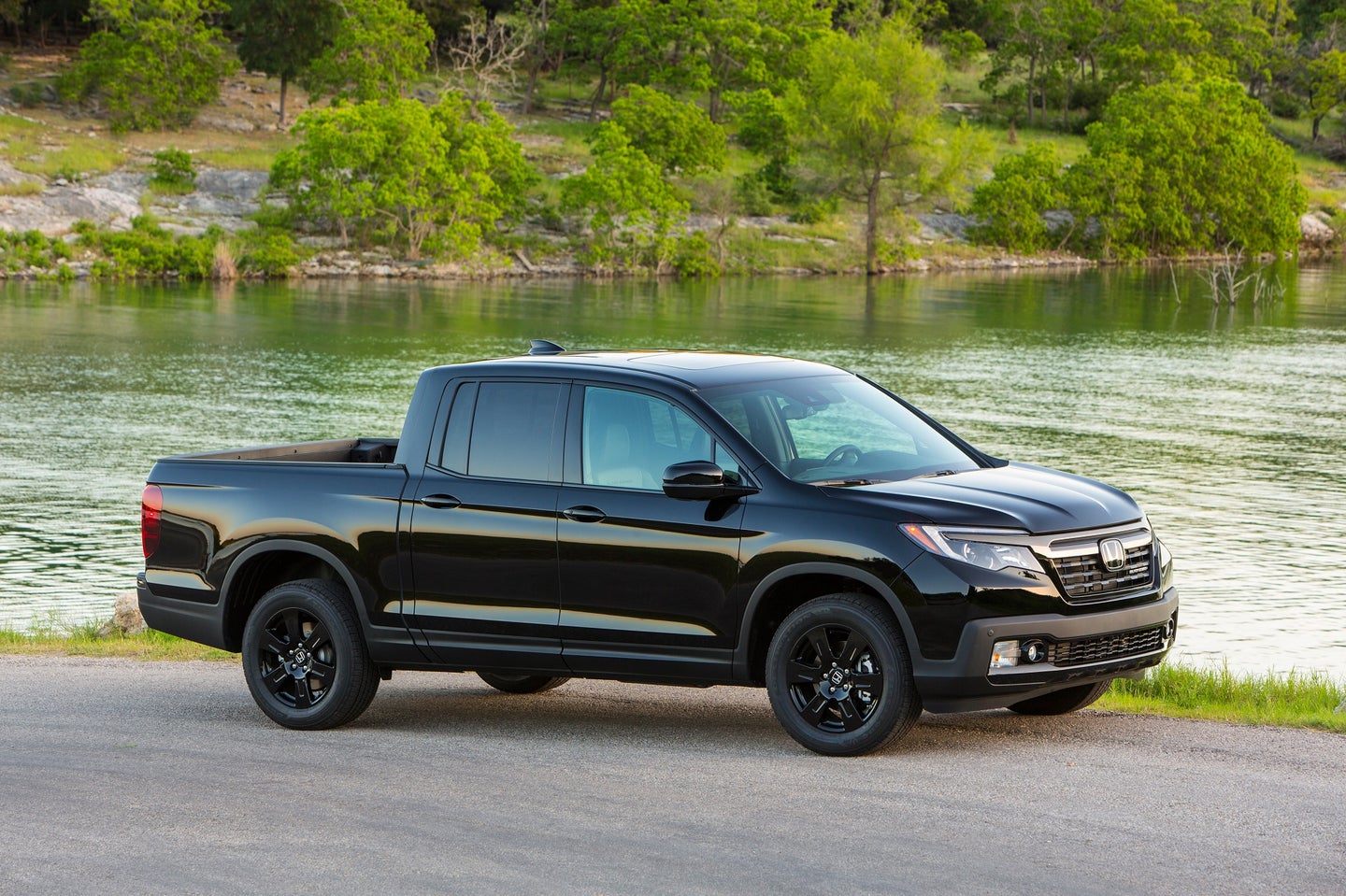 Pickup trucks were the last bastion of American dominance. Mud flaps, gun racks, rollin’ coal. Nothing says, “Don’t mess with Texas” like a giant, jacked up truck bumping Johnny Cash. Then something strange happened. The foreign cars started creeping in. The high-margins and large demand for pickups even lead Mercedes-Benz to bring a pickup to the market. As an open-market kind of guy, I’m glad the competition entered. It raised the bar for everyone and made pickup trucks more than something you see hauling junk in the alley. It made them dare I say, cool.

This year, the Car Connection named one of these foreign invaders the 2018 Best Pickup Truck to Buy. That’s right, 2018 Honda Ridgeline took the honors. Here’s one fact that should bring back your patriotic spirit, despite being a Honda the Ridgeline is manufactured right here in the US in Lincoln, Alabama.

The Ridgeline can haul over 1,400 pounds in its bed, has seating for five in a pinch but four comfortably, and can tow up to 5,000 pounds. Under the hood is a 280 horsepower V6 with 262 pound-feet of torque. The driveline can switch from four-wheel to the front two, helping to put the power down through its 6-speed automatic transmission.

The Car Connection chose the Ridgeline because “it lives comfortably in the real world.” Meaning, it has good gas mileage at 22 miles per gallon, is reasonably priced and comfy enough to drive around in. It also praised the Ridgelines maneuverability in and around town. It’s also the only pickup truck to earn a Top Safety Pick+ rating from the Insurance Institute for Highway Safety.

The 2018 Honda Ridgeline starts at $29,630 MSRP for the RT 4 door Crew Cab. Other variants include the all-wheel drive Black Edition which starts at $43,120. It’s good to hear that an American-made pickup is the king of the mountain. Even if the badge on the front comes from Mount Fuji.