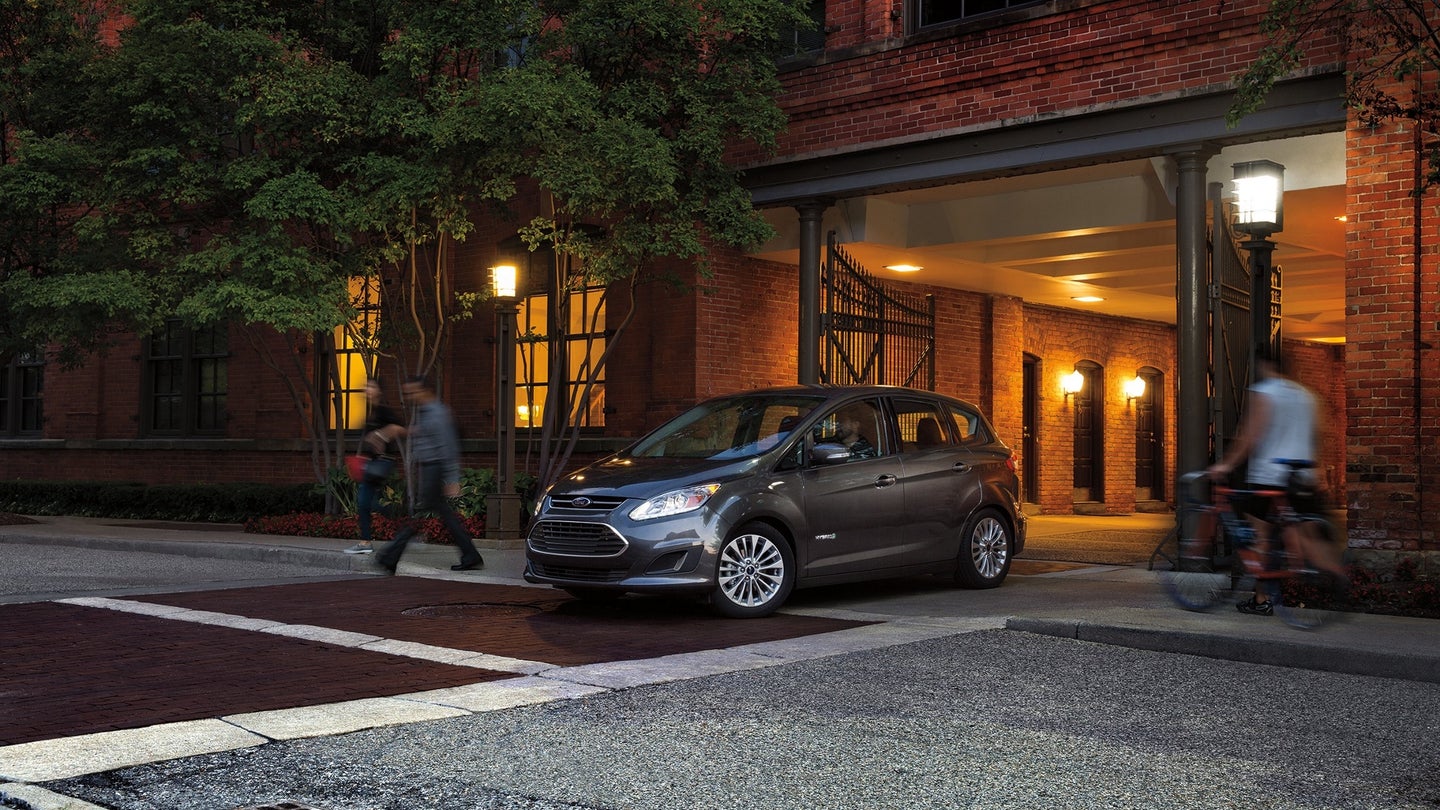 Ford’s humble hybrid compact and worst-selling model in the U.S. is finished in its home market according to Automotive News. The C-Max Energi plug-in hybrid ended in September and the regular hybrid version of the C-Max will wrap up production in mid-2018. In Europe, Ford sells gas and diesel versions of the C-Max and will continue to do so for an undetermined amount of time.

The Ford C-Max in the U.S. was basically a hybrid Focus hatchback. That’s a good idea in theory and it isn’t necessarily a bad car, but it’s not a very good hybrid considering its underwhelming fuel economy numbers. It originally promised a fuel economy rating of 47 highway/47 city/47 combined mpg which would be pretty impressive if it were the reality. The actual EPA numbers for the non-plug-in C-Max ended up being 42 city/38 highway/40 combined mpg which isn’t terrible, but not good enough to be competitive in the hybrid market.

The Michigan Assembly Plant that currently builds the C-Max and Focus is being retooled to build the Ranger pickup and Bronco SUV starting at some point in 2018. We’ve known for a while that production of the fourth-gen Focus would move to China, but the fate of the C-Max was up in the air until now.

Killing its only hybrid-only model doesn’t mean Ford isn’t committed to hybrids and electrification. Ford is forming “Team Edison” with the goal of fast-tracking electric car development by partnering with other companies and suppliers. Ford’s plan is to spend $4.5 billion by 2020 on new electric models so the absence of the C-Max won’t leave a gap in Ford’s lineup for very long.