With a portfolio like that, Dallara's maiden foray into road cars is sure to be a winner. 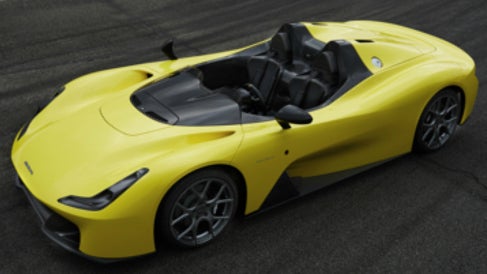 Thursday, Italian race car chassis constructor Dallara announced it will build its first road car, which it will christen Stradale, the Italian word for "road." The term has long been used by the likes of Ferrari, Maserati, and Lancia to denote homologation or road-legal variations of race cars. Thus, the Stradale name carries connotations and will have to live up to the expectations of other cars given the label. Giampaolo Dallara, the company's founder, states that he believes the car would meet the standards of his idol, the legendary Colin Chapman, whose philosophy of "simplify, and add lightness" revolutionized Formula 1.

"I like to think that Colin Chapman, who I started to admire since the time of his Lotus Seven, would approve the essence and simplicity of this car," said Dallara in the company's press release. "In this project, there is everything we learned from racing and collaborating with our customers, and I'm convinced that whoever uses this car will be able to taste the taste of travel, the desire to ride in the car for a nice ride, the pleasure of driving [sic]."

The car was designed as a speedster, but can be turned into a roadster with the addition of a windshield, or ordered as a gull-winged coupe. A rear wing, allowing the car to make up to 1,808 pounds (820 kg) of downforce, is optional for those who intend to use is primarily on track, as is adjustable suspension, and customers can choose between a six-speed manual transmission or paddle shifting.

Power is produced by a supercharged 2.3-liter inline four, a Ford Ecoboost unit according to Autocar. Tuned to 400 horsepower, its power is reigned in by a suite of Bosch electronic assists, such as traction and stability control. This gives the Dallara Stradale a power to weight ratio of 424 hp per ton, putting it even with the updated first generation of the Audi R8 supercar.

Dallara's current motorsport chops include Indycar's DW12 chassis, which has been standard since 2012, and Haas F1 team's VF-17.

Though the DW12 has been phased out after the end of the 2017 season in favor of a new chassis that will rely more upon floor downforce, allowing for closer racing, Dallara's finger is firmly planted in the pie of the replacement's development.

The company was also responsible for the manufacture (but not design) of the Haas VF-17 Formula 1 car, driven in this year's season by Romain Grosjean and Kevin Magnussen. The VF-17 stands eighth in the World Constructors' Championship, two points adrift of Renault Sport's R.S.17, which the team may yet overtake to finish seventh in the championship after the upcoming Abu Dhabi Grand Prix.