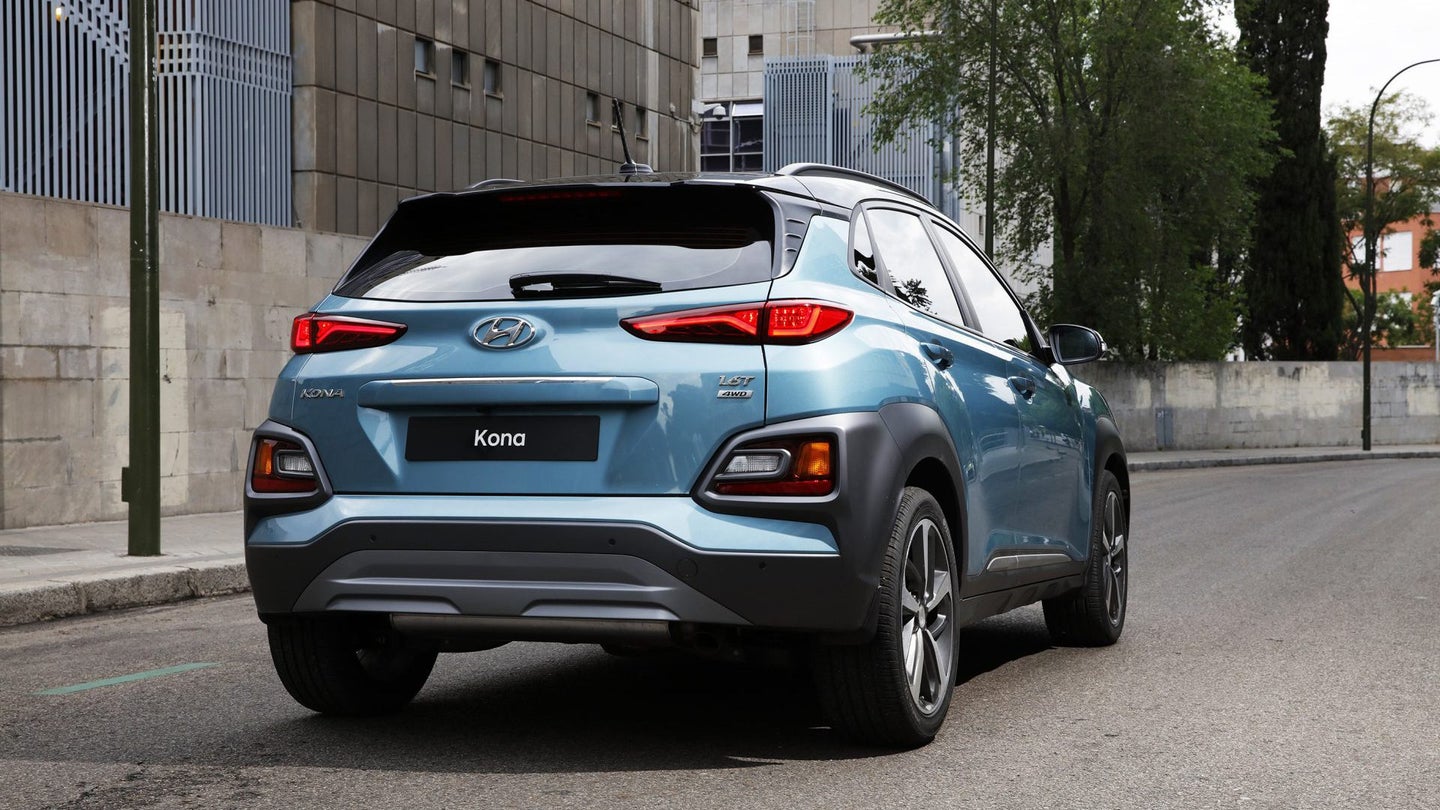 Hyundai has announced its plans to introduce a total of eight new crossover utility vehicles by 2020, further accelerating the traditional, three-box sedan's journey towards its seemingly inevitable death.

In a Wednesday press conference, the Korean automaker outlined a strategy that schedules five new CUV models within the next year or so and another three the year after that. Slated for 2018 are the gas-engined Kona revealed back in June, an unnamed electric crossover (possibly an electric Kona), another one that's powered by a hydrogen fuel cell, and two additional, mysteriously unlabeled Hyundai crossovers. Among those scheduled for 2019 are—get this—a diesel-powered crossover, another subcompact "A-segment" CUV, and a new midsize CUV that's more than likely a placeholder for the redesigned Santa Fe.

For those more visually inclined, Hyundai has provided a handy-dandy product timeline covering the next couple of years.

"Very soon we are going to have the most diverse CUV powertrain lineup in the industry," said Hyundai product planning VP Mike O’Brien. "Our customers are going to have a lot of great CUV choices in our dealerships." In addition to the unprecedented model diversity, Hyundai says it'll be the only CUV maker to offer four distinct fuel choices on the same showroom floor.

"The Kona is only the beginning of our product revolution for Hyundai," added O'Brien. "These vehicles are aimed squarely at the sales leaders in each segment and will emphasize Hyundai’s continued focus on sustainability and efficiency without compromising performance."

For those that got this far into an article about Hyundai crossovers, congratulations. Here's a video of Rhys Millen drifting his old Genesis Coupe around Hyundai's headquarters as a reward.