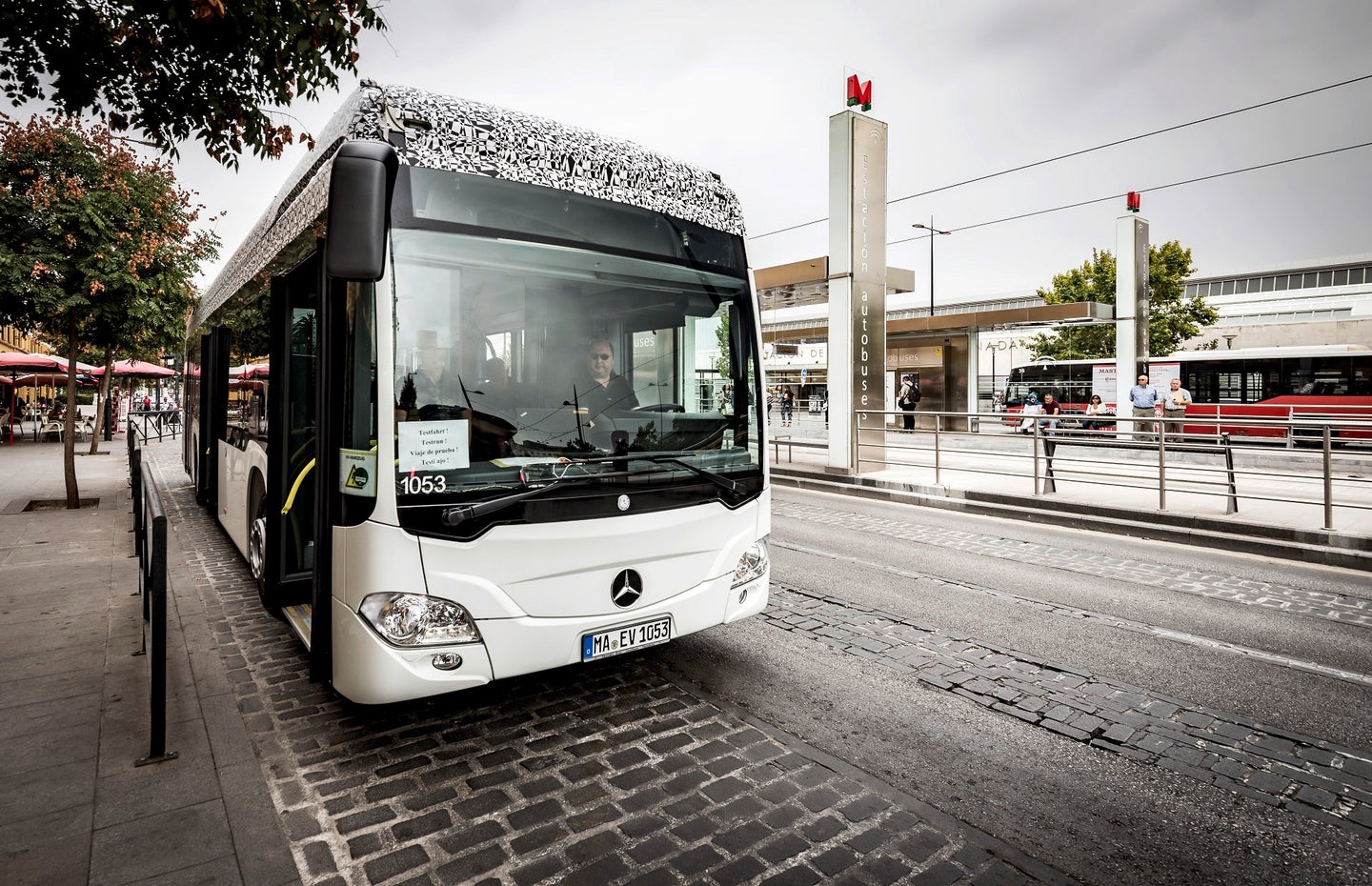 It must be electric bus season again. After Thomas Built announced their all-electric school bus yesterday, today Mercedes-Benz started the countdown to zero-emission buses. By the end of next year, Mercedes will start production of a bus with an electric drive system based on their existing bus platform the Mercedes-Benz Citaro.

The company celebrated the production of their 50,000 Citaro recently. They’ve already been experimenting with hybrid bus technology with their Citaro G BlueTec Hybrid. The new Citaro is going to borrow the Hybrid’s wheel hub motors at the rear-axel. Energy for the bus will come with a newly designed modular lithium-ion battery pack. The modular design means that each bus could be customized to meet the specific range requirements of the route it's built to run.

The bus is going through the development cycle and is being put through rigorous trials and testing. There are already prototypes testing its operating in extremely cold temperatures in the Arctic Circle as well as the scorching summer heat of Spain’s Sierra Nevada.

Speaking on the future production, Head of Daimler Buses Hartmut Schick said, "Our city bus produces zero local emissions and is ultra-quiet through town. The engineers are currently undertaking thorough testing of prototypes of the new bus under the toughest of conditions. As the technical concept, which involves a modular system for the power supply as well as optimized thermal management, makes clear: the Citaro with battery-electric drive will set a new milestone.”

Another cool feature is the thermal management of the bus’s drive and climate control systems. Mercedes says this system will reduce consumption significantly, thereby helping to extend the range of the bus without the need for larger battery systems.

The Citaro is expected to make its world premiere at the IAA Commercial Vehicles Show in Hanover in September 2018.