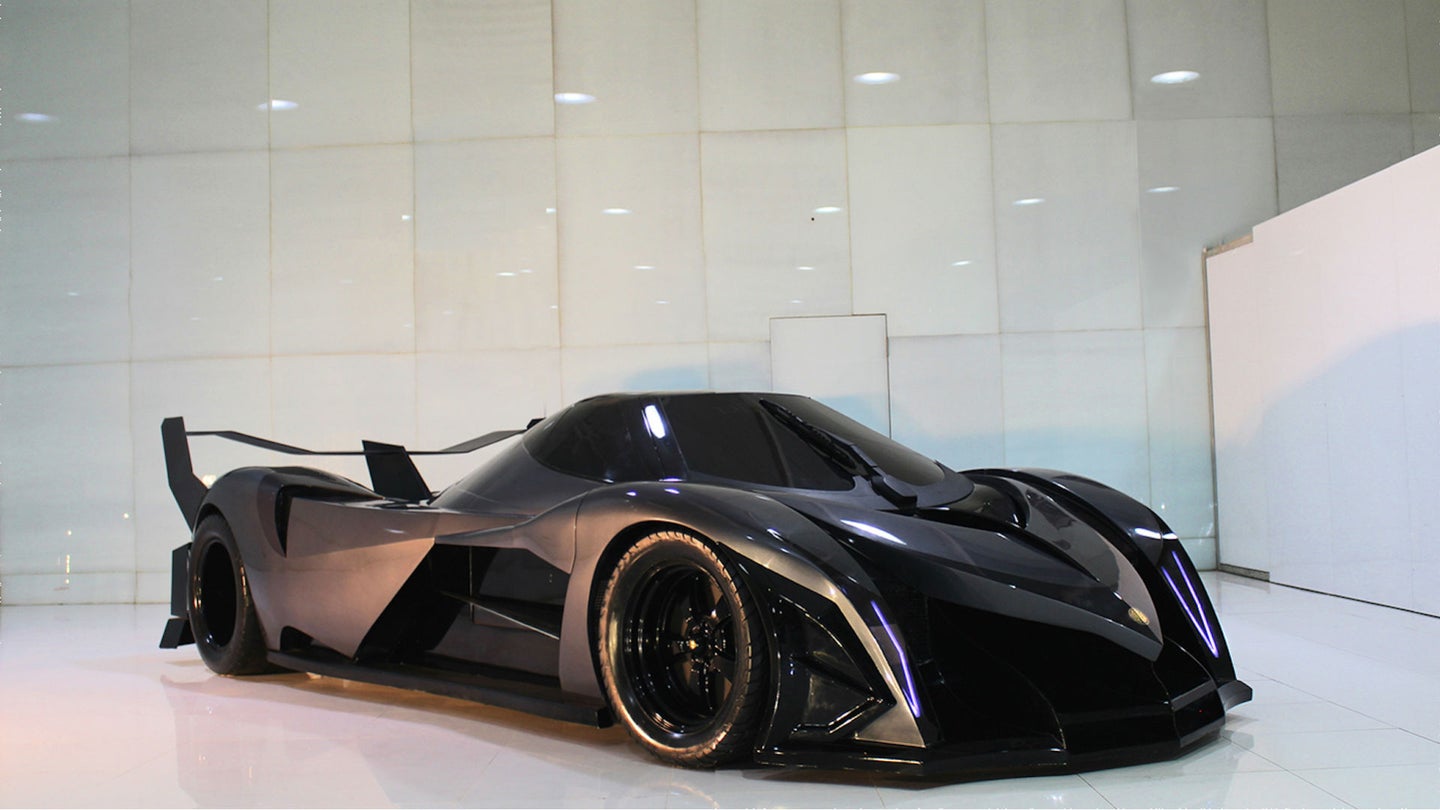 Dubai startup Devel has been teasing its Devel Sixteen concept for years now, but it appears that the plans for this insane hypercar are finally coming to fruition. According to Road & Track, Devel will bring the car to the Dubai Motor Show on November 14.

For the uninitiated,  the Devel Sixteen's performance specs sound a lot like something a 10-year-old would come up with (over the top and unusable), but we aren't complaining. The car can reach speeds of over 310 mph thanks to a 5,000 horsepower, quad-turbocharged, 12.3-liter V-16. That's right, the 748-cubic-inch engine is made up of two 8-cylinder banks arranged in a V-shape, with two turbos bolted to each side.

Road & Track says that the unveiling is finally happening thanks to Devel's partnership with two companies to help it develop the car. Italian supercar manufacturer Manifattura Automobili Torino, the company responsible for the Apollo Intensa Emozione, will handle production. Devel has also recruited forced-air-induction master Steve Morris Engines to build and test the crazy 16-cylinder engine mentioned earlier. While we don't know much about Devel itself, the startup is definitely in good hands.

Despite the promise of "the power of ten supercars," Devel says that its first performance car will be luxurious, civilized, and daily-drivable––the startup will definitely need to elaborate more on those last two points.

With more and more hypercars like the Hennessey Venom F5 eyeing the 300 mph high score, this is a great time for Devel to come out of the woodwork (or more appropriately from the depths of Hell) and announce its satanic supercar.