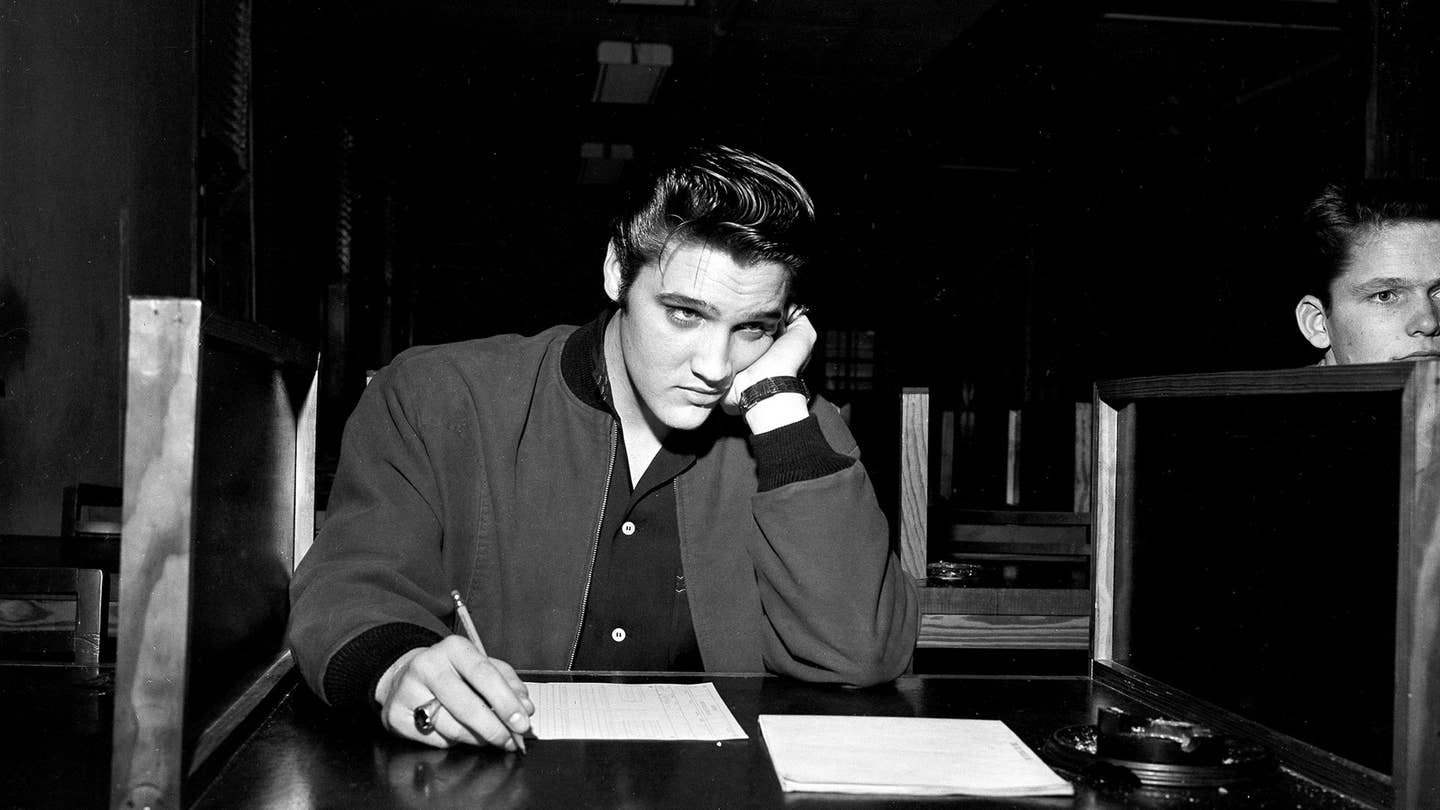 Elvis Presley would be 81-years-old today had he not died upon his throne. The hip-shakin', hound-dog bayin', Southern-boy rock ‘n' roll royal lived hard and died young. (Except in the pages of the National Enquirer and reflected glory of impersonators, where he’s very much alive.) There are a lot of reasons to like Elvis, even if you've never been able to wrap your ears around the music. Who doesn't like fried peanut-butter-and-banana sandwiches? Mostly, though, we dig Elvis because he was a dyed-in-the-wool car guy.

Whether he was in Jailhouse Rock jeans or rocking jumpsuits like a bipedal beanbag chair: The man was built to cruise the Vegas strip, and there's only one car to handle that job. Sure, he had BMWs and Lincolns and a Stutz Blackhawk, but Elvis’ royal chariot was and will always be a Cadillac. Fins. Chrome. Excess. That's Graceland, baby.

Here's the even better part: Elvis believed strongly in noblesse oblige. He didn't just want to put anyone listening to Baby, Let's Play House into a pink '55 Caddy, he actually gave Cadillacs away left, right, and center.

Elvis most famously gave a droptop ‘54 Caddy to Sam Phillips at Sun Records, but his largess was a bulk affair. He bought Cadillacs for friends, for fellow actors, and total strangers. In 1966, he bought two black Caddies for his bodyguards, another for his hair stylist, two white ones for a couple of friends, another white one for his personal valet, a maroon one for a another friend, and tucked a yellow one under the tree come Christmas time. Later, he bought one each for his Karate and Taekwondo instructors. Shake hands with Mr. Presley, and the Caddy keys come next.

In July of 1975, two years before his death, Elvis was shopping for friends and family at Memphis’ Madison Cadillac, his preferred dealer. A bank teller, one Mennie L. Person, was admiring Elvis’ limo, parked outside, when the man himself wandered over. He took her into the showroom, said “pick one out” in that honeyed drawl, then picked up the tab. In total, he dropped $140,000 that day. You don't have to be into his music. You don't even have to like Cadillacs. On his birthday, though, you've got to admit: The man really was The King.