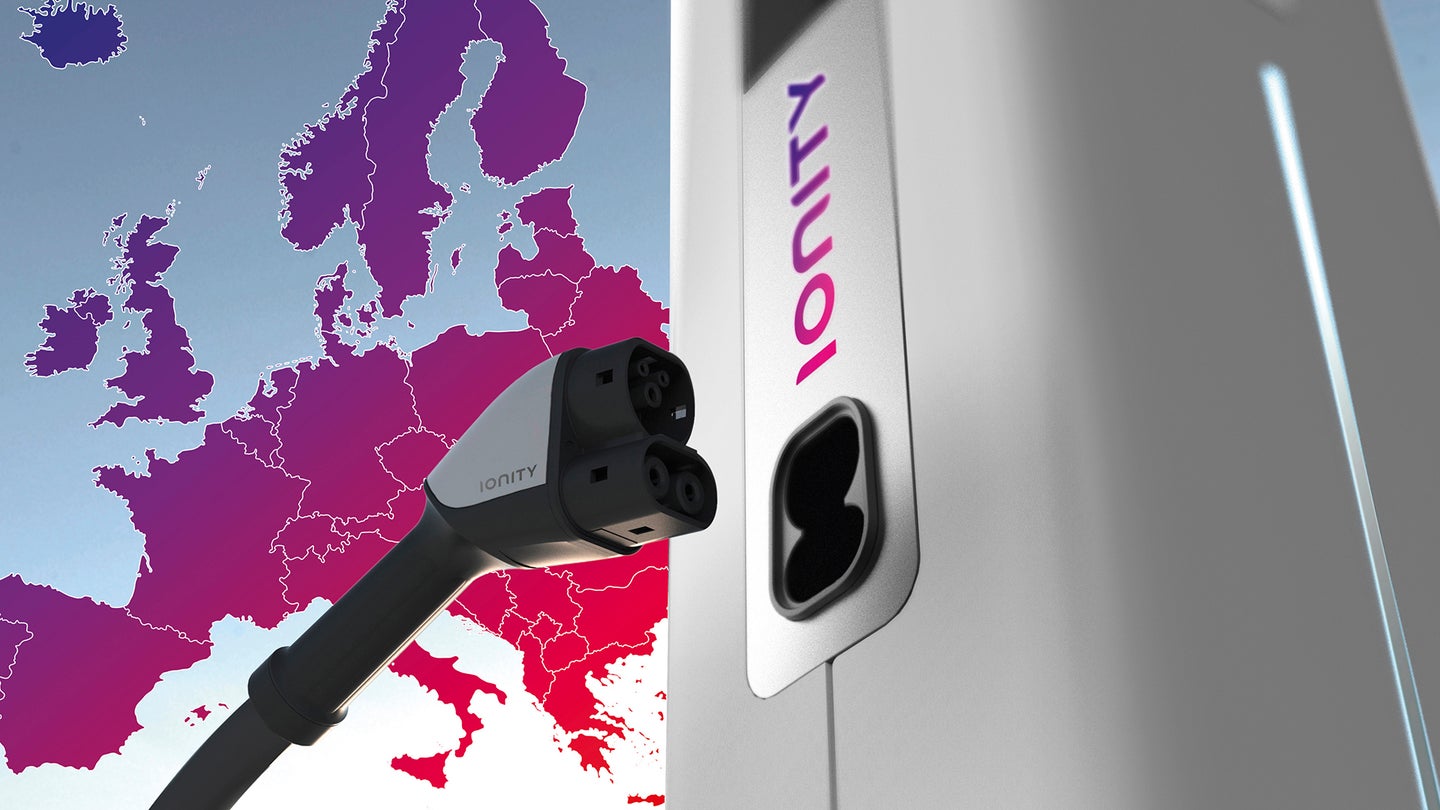 It seems that a pact has been forming which threatens the superiority of Tesla's Supercharging network, at least in Europe. Several manufacturers have worked together to form Ionity, an ultra-fast network of chargers brought together by BMW, Daimler, Ford, and Volkswagen brands, and it plans on expanding quickly.

These charging stations will provide up to 350 kW of charge, meaning that it will be perfect for any person choosing to buy a Porsche Mission E and make use of its ultra-fast charging capabilities. The 350 kW limit of the new Ionity chargers will enable the Mission E to jump from empty to an 80 percent charge in just 15 minutes (something the automaker showed off early last month), making it the quickest charging production car (when range is considered) announced to date.

The partnership will build 400 stations across Europe within the next three years, 20 of which will be completed by year-end. By 2018, Ionity plans on expanding to 100 stations, each with the ability to service multiple manufacturers of vehicle. Its first set of chargers will be placed roughly 120 kilometers (75 miles) apart, located on major roadways, and are intended to be used in a similar fashion to Tesla's Superchargers.

Despite the stakeholders of Ionity being a select number of key manufacturers, the charging systems will remain vendor-agnostic by making use of the de facto European standard, the Combined Charging System (CCS). Porsche has also previously said that it plans on bringing its ultra-fast chargers to the United States, which makes us question if Ionity is planning on expanding state-side in the future, though no word on such an idea was mentioned at this time.

Originally this plan had been established in 2016, however, movement has finally been made in establishing a viable network by the coalition with its newest branding. Likely, the network is to be used as a tool to help consumers decided if an electric car is right for them, though with some European countries looking to ban non-electric cars in the future, they may need some confidence boosters. Even Daimler stated that the overall goal was to "help make electrified vehicles more appealing" to the consumer.

The new network of chargers will coincide with Tesla's existing 1,032 Supercharging stations across Europe, which alone is large jump in the number of places to charge an EV. Considering that nearly 86 gasoline-powered cars can fill up in the same time it takes some electric cars, an increase in charging stations will be at the top of most consumers' minds before they feel safe in their first electrified vehicle purchase. Hopefully, with the sudden increase in charging stations along with the similar increase in EV adoption across the world, consumers will begin to feel confident in taking their battery-powered cars on long trips.