"We was runnin' through the 6ix in Lambos." 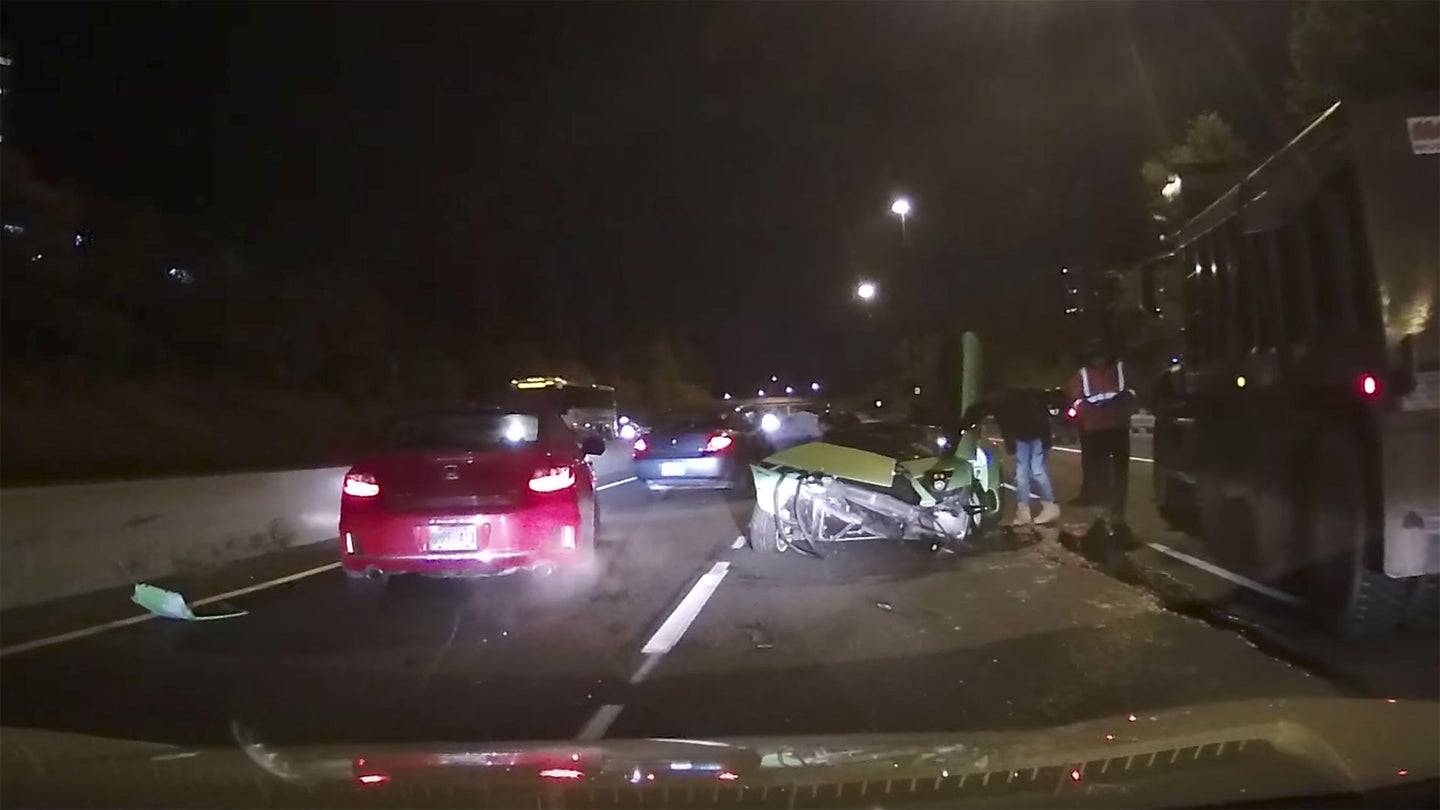 One of Toronto's major arteries was significantly more congested than usual early Saturday morning after a driver in a Lamborghini Murciélago who appears to have been street racing evidently ran out of luck and/or skill.

Thanks to dashcam footage uploaded by Reddit user ReeG, a Murciélago LP 640 Roadster can be seen going at a dangerously significant clip northbound on the Don Valley Parkway with what appears to be a white, wingless, hatchback (the big, fake vents give it away) Honda Civic, of all things, ambitiously in tow.

Ten minutes and less than 5 miles later, the same Lambo is seen stationary, facing the wrong way round, and significantly smashed up, leaning against a dump truck with two other cars pulled over close by. Both panels that wear the V12 supercar's front and rear license plates are strewn across the road at an angle that perfectly puts this guy's reg in plain view of the camera, somewhat karmically, for the world to see.

In the poster's words, "This Lambo and a few other cars raced past us heading north on the DVP just before Bloor at 12:48am. As we approached Eglinton, traffic was piled up to get around the wrecked Lambo. The driver was still in the car and looked OK but it was hard to tell if anyone else was in the car." According to the relevant Tweet from Toronto Police Service, no serious injuries were reported.

Injuries or not, it goes without saying that going that fast down a crowded, public freeway is an extremely bad idea—no matter how many hooligans in hatchbacks egg you on to do it.

Currently, the crash is presumably under investigation. While whereabouts of the white Civic are unclear, any Toronto residents who recognize the car and/or overhear any misguided, David vs Goliath-esque pub tales of "taking down a Lambo" in the next little while are encouraged to contact police.