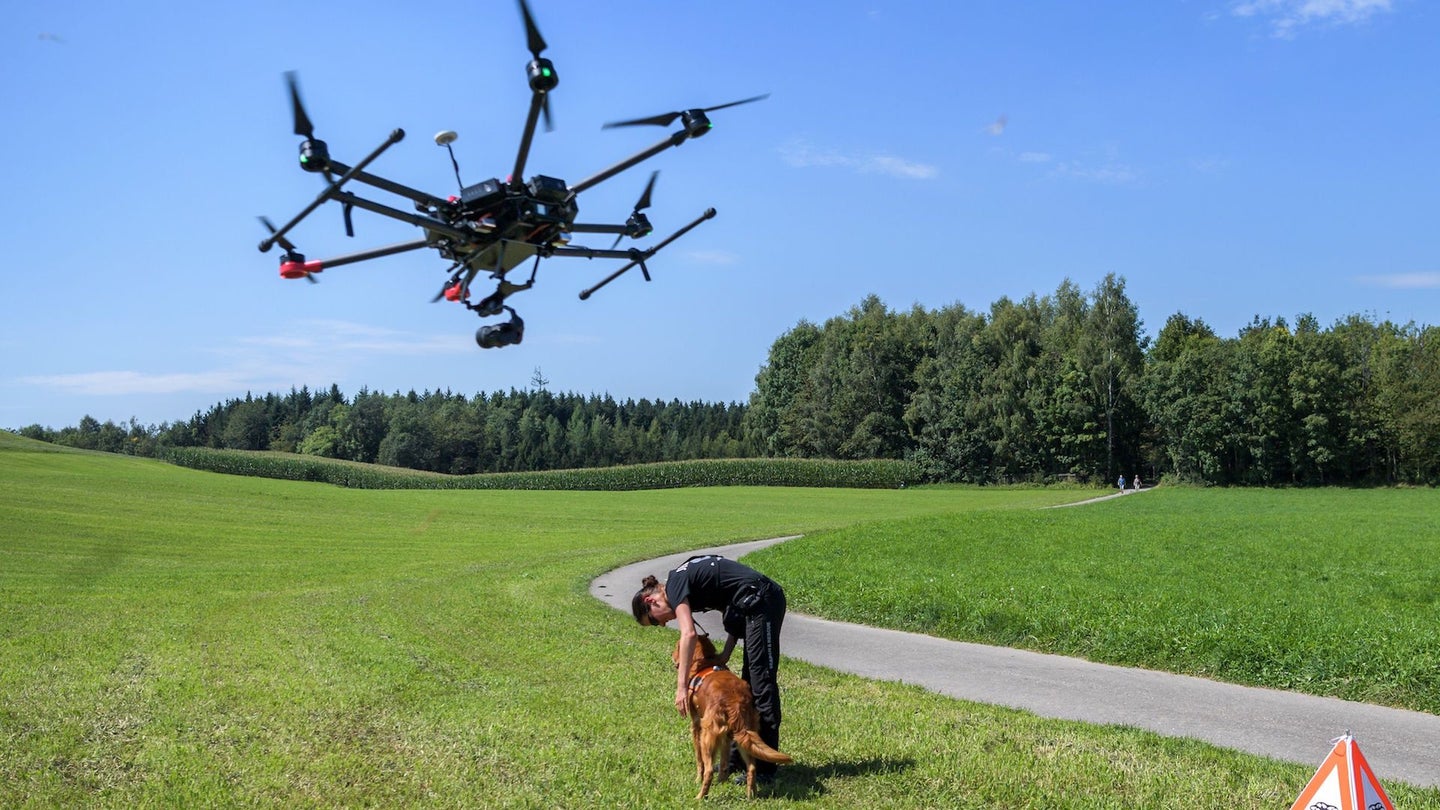 In Marshfield, Wisconsin, Mollie, and Steve Schrodi are beaming with relief after a drone helped them located their dog, Jax, who was missing for three days. We’ve heard similar tales before, and this isn’t the last. In the past year, everyone from English lifeboat crews to Grand Canyon Park Rangers to Scottish Mountain Rescue Teams have utilized drones to locate missing hikers and for general search and rescue missions. The all-seeing eye can do a lot to help those on the ground, and it seems like this time the one in trouble was a little Wirehaired Pointing Griffon dog named Jax.

According to local news station, WSAW, the Schrodi’s took a walk on a trail through the local McMillan Marsh last Saturday, like they’ve done countless times before, with their trusty dog in tow. Suddenly, Jax ran off. “He had seen something and took off after it. And wouldn’t come back, I didn’t hear anything from him,” Steve Schrodi said.

Painfully, the couple returned home without their dog that night. It took three days for that unwavering misery to end, and it was all due to local drone-enthusiast and entrepreneur, Branden Bodendorfer’s suggestion of using an unmanned aerial vehicle to locate Jax. “We searched just over 360 acres in a couple of hours,” he said.

ABC news affiliate, WAOW, reported that Bodendorfer had a pretty concrete plan of attack when it came to most efficiently scouring the area. "We knew that searching over 6,000 acres was going to be a challenge, so we started by sectioning off the marsh into a [sic] different quadrants that we thought he might be in," he said. "And we used the drone to map out those areas from an aerial perspective to identify if he was or wasn't there."

Subaru Turns You Into a Dog
Subaru

On Tuesday, there was a sign of life. “He started to bark when he saw the camera, and that helped us locate him, “Bodendorfer said. “There was a lot of tears yesterday, throughout the day, but that moment was just amazing.”

The fallout from all this is entirely optimistic. Bodendorfer and TriMedia have started a GoFundMe page to raise the money to purchase thermal cameras so that the next time somebody’s dog, or relative, goes missing, it won’t take three days to find them. By that time, it may be too late. It’s great to see this kind of initiative by local drone pilots. Of course, it may take somebody to actually experience this kind of distress first-hand to realize the potential in preventing it from happening again, but hopefully, others can see the inspiration here.

Head on over to Bodendorfer’s fundraiser and donate, if so inclined. Good job, everyone.