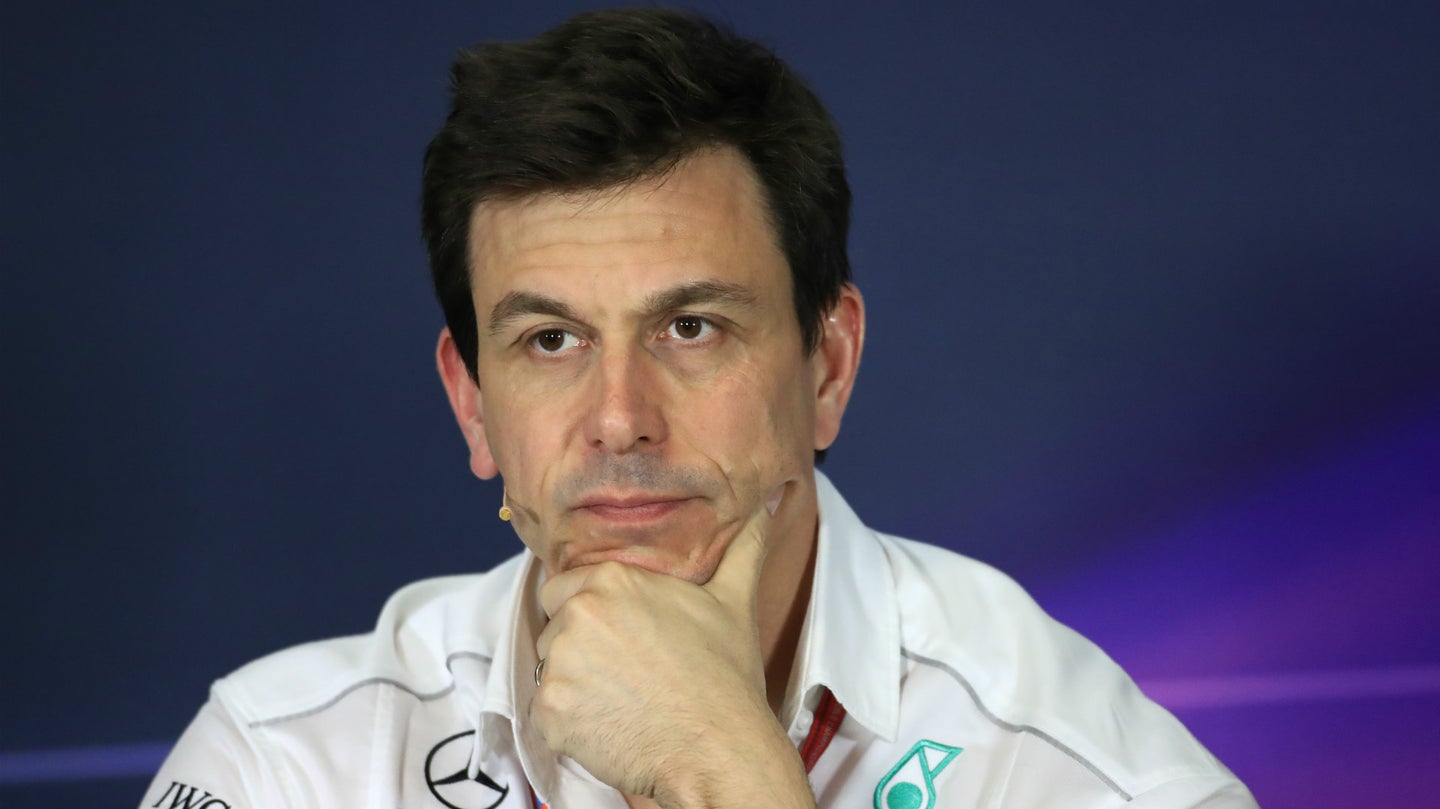 Formula 1's 2021 engine regulations are being zeroed in on, as we reported Tuesday, with the goal of simpler, cheaper, louder, and more powerful engines. The costly heat-scavenging MGU-H is being scrapped in favor of developing the MGU-K regenerative braking system, and partial component standardization will be enforced to reduce costs further. Displacement and engine format will remain the same, though the rev limit will be raised by 3,000, and according to Motorsport Magazin, the fuel flow limit will be increased to 120 kilograms per hour, over the current limit of 100. It is also claimed that the tightening belt of seasonal engine limits will be loosened, reportedly up to six or eight engines per season, per driver.

Mercedes, however, which is the leader among current engine suppliers, is already balking at some of the proposed changes for the sport's engine regulations, citing concerns associated with cost, and a lack of input from engine suppliers.

"The concept sounds similar," said Toto Wolff to Auto Motor und Sport, in reference to the regulations pitched by the sport's management, "but it means a complete new development. That would mean that we would have to work on two engines at the same time between 2018 and 2020." The doubling-up of each manufacturer's engine programs would cause costs to soar, as suppliers would have to balance maintaining their current engine's competitiveness through 2020, as well as giving themselves a strong foundation on which it will achieve success in 2021 and beyond.

"It is a vision and not yet a regulation that will shortly be approved and will come into force in 2021," continued Wolff, "and it's only their vision and not the manufacturer's. It is important to define together what Formula 1 in 2021 represents and what attributes an engine should have. That must then be a target on which we all work. It is at most the starting point of a dialogue, and nothing that we have agreed to in form. Certain things are right, but not fully hit."