These Chevy Colorado ZR2 Concepts Turn Trucking up to 11 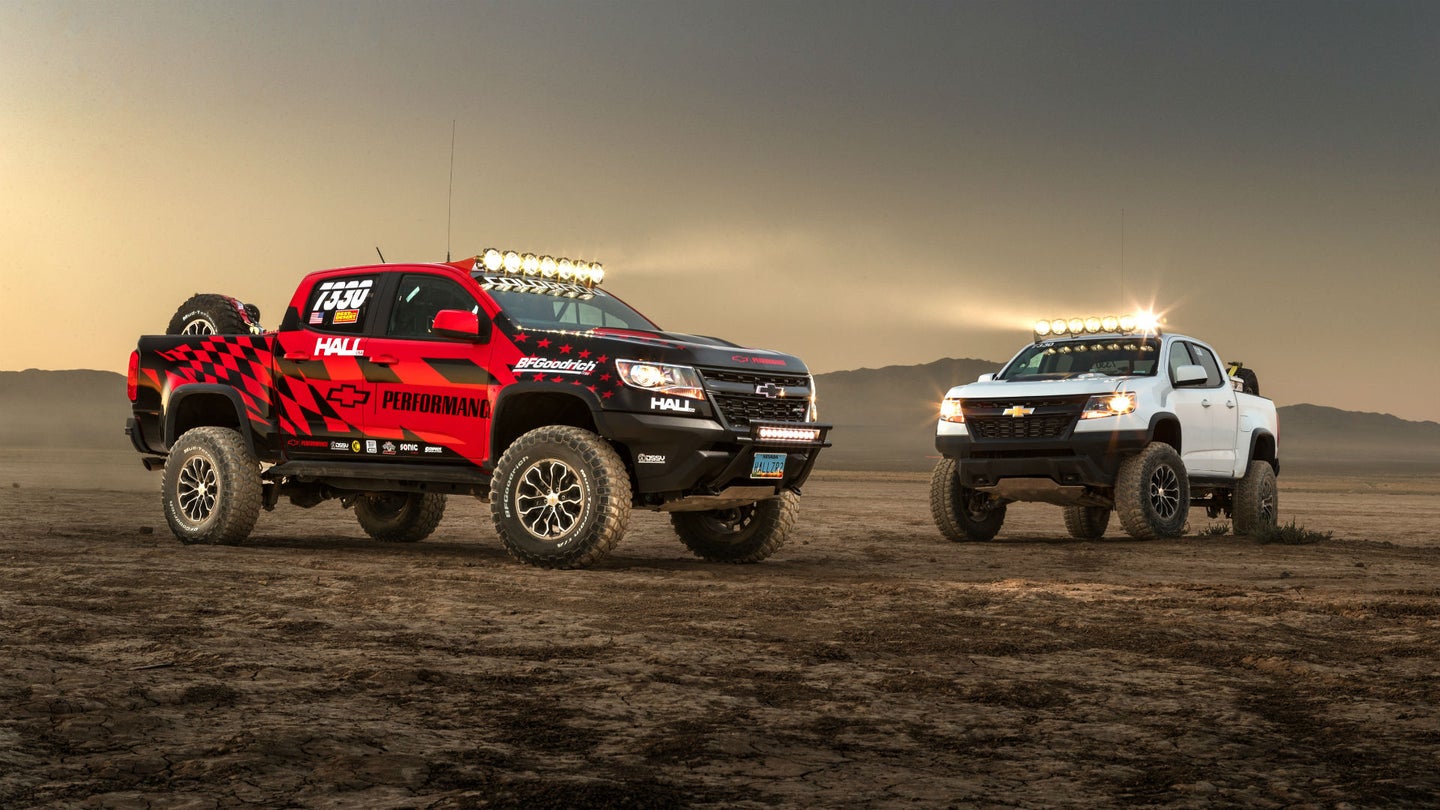 Chevrolet revealed two concept trucks at the SEMA show today, joining roughly 20 vehicles the brand is bringing to the Las Vegas aftermarket convention. The success of the Colorado ZR2 has lead Chevy to dabble more in the growing midsize performance truck market, and these concepts will push the bounds of what off-road pickups are capable of. 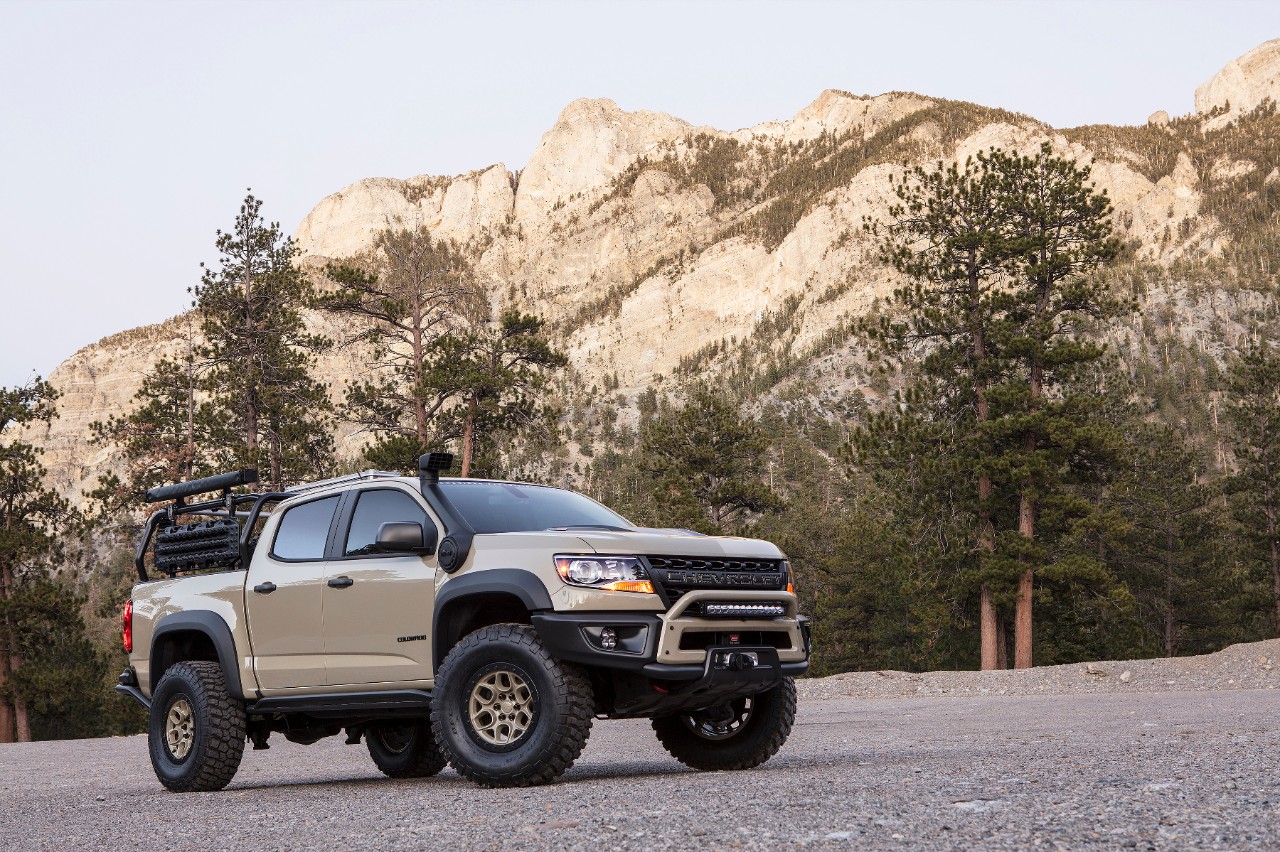 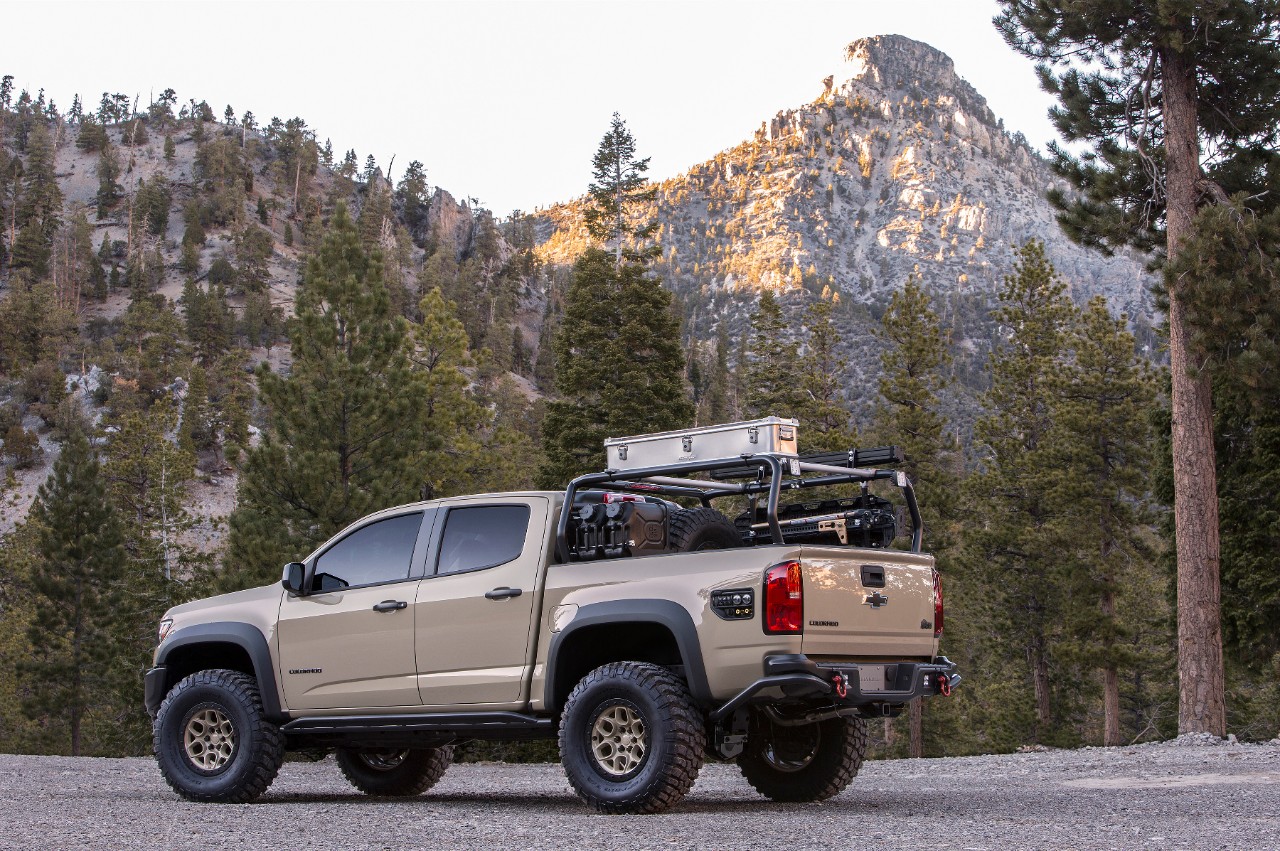 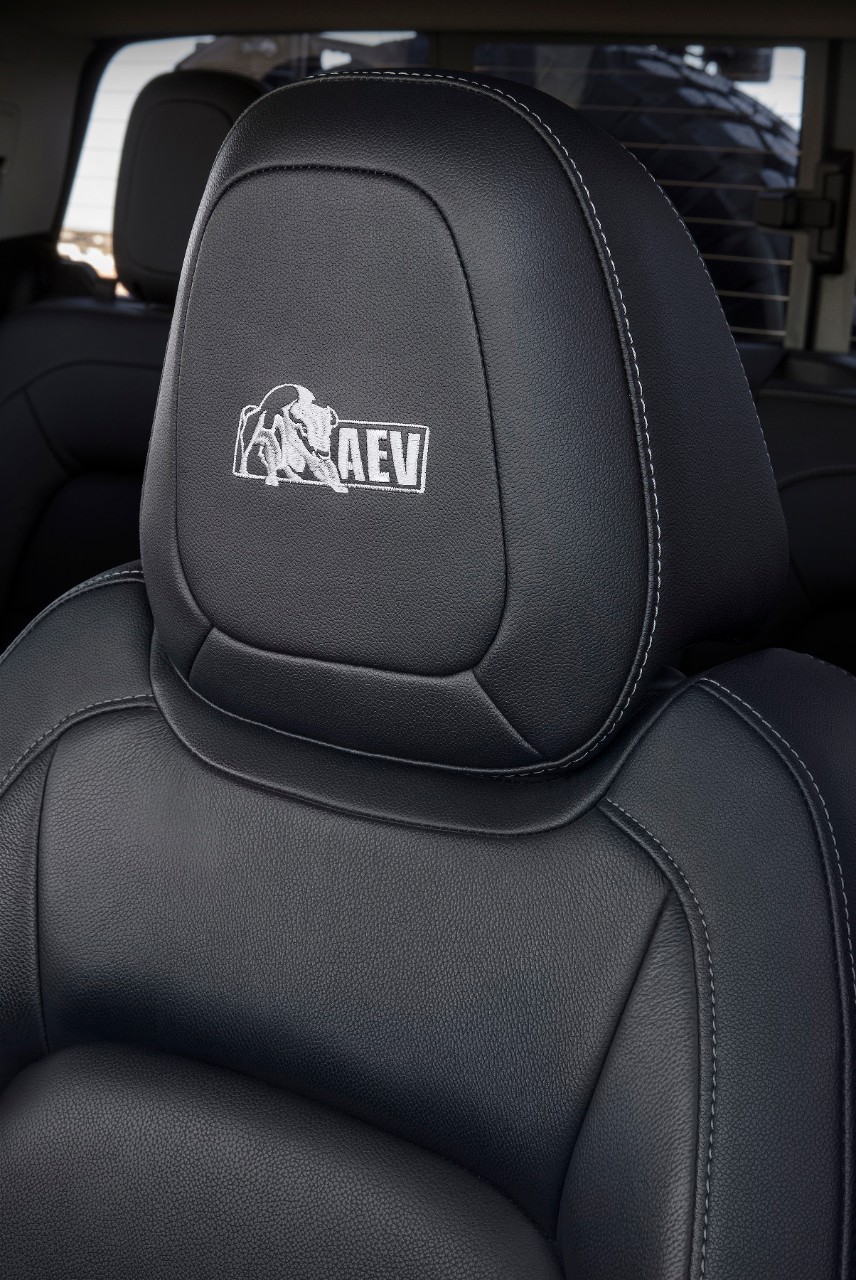 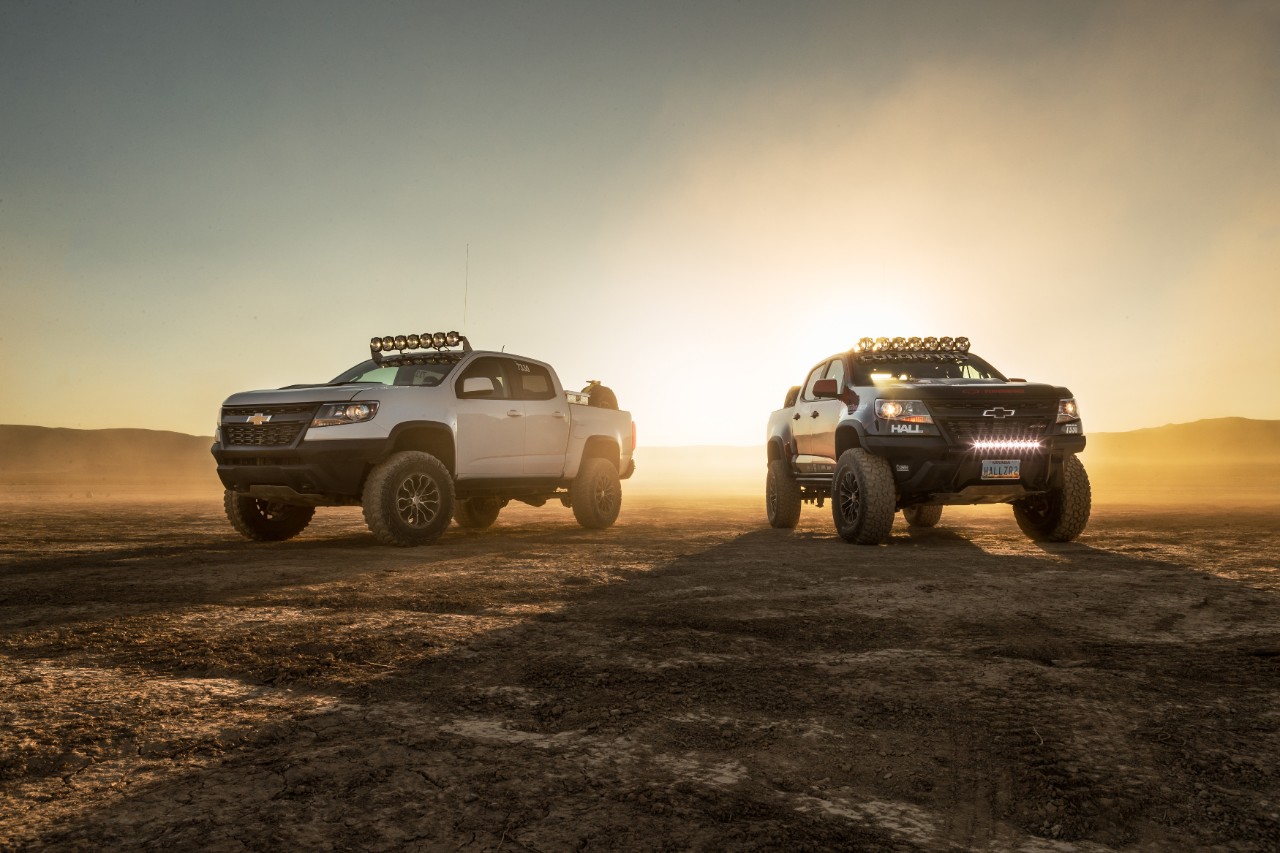 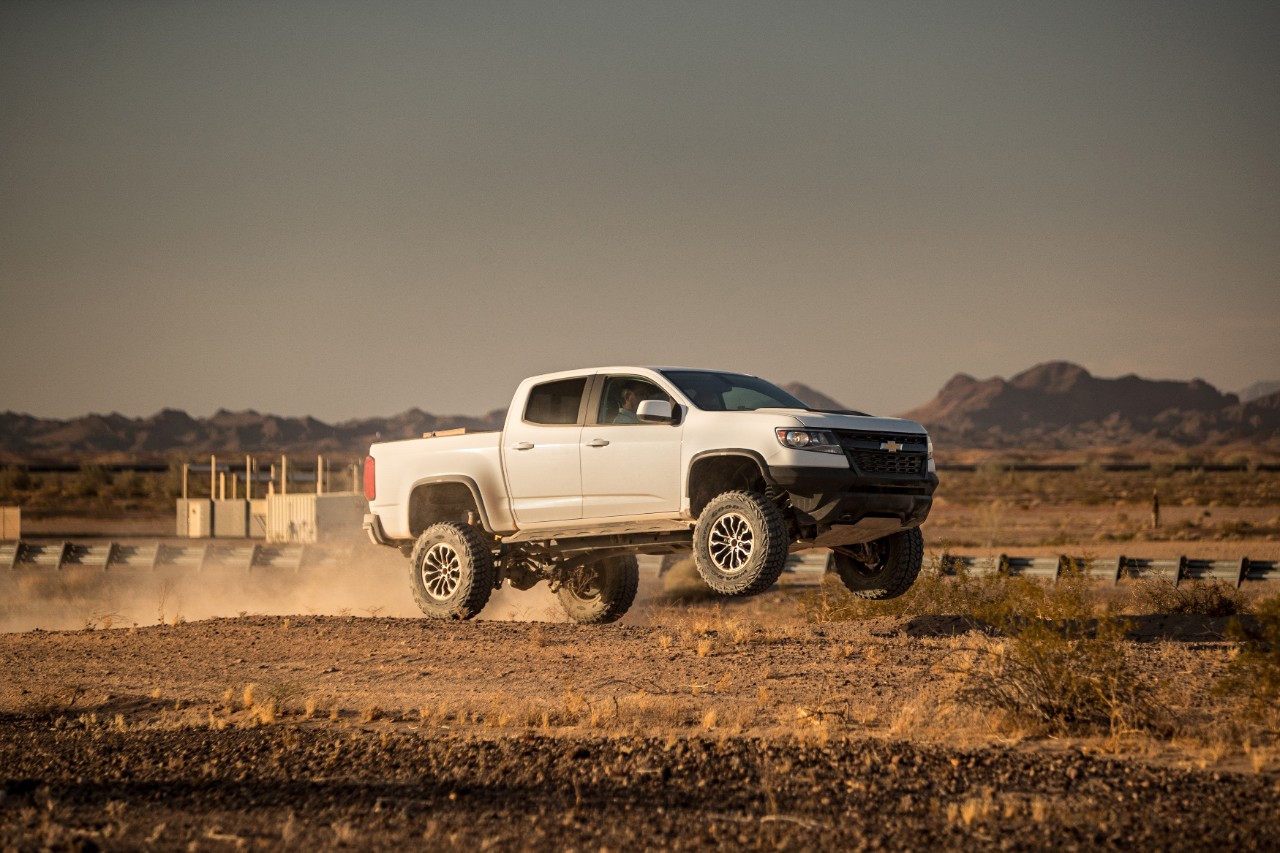 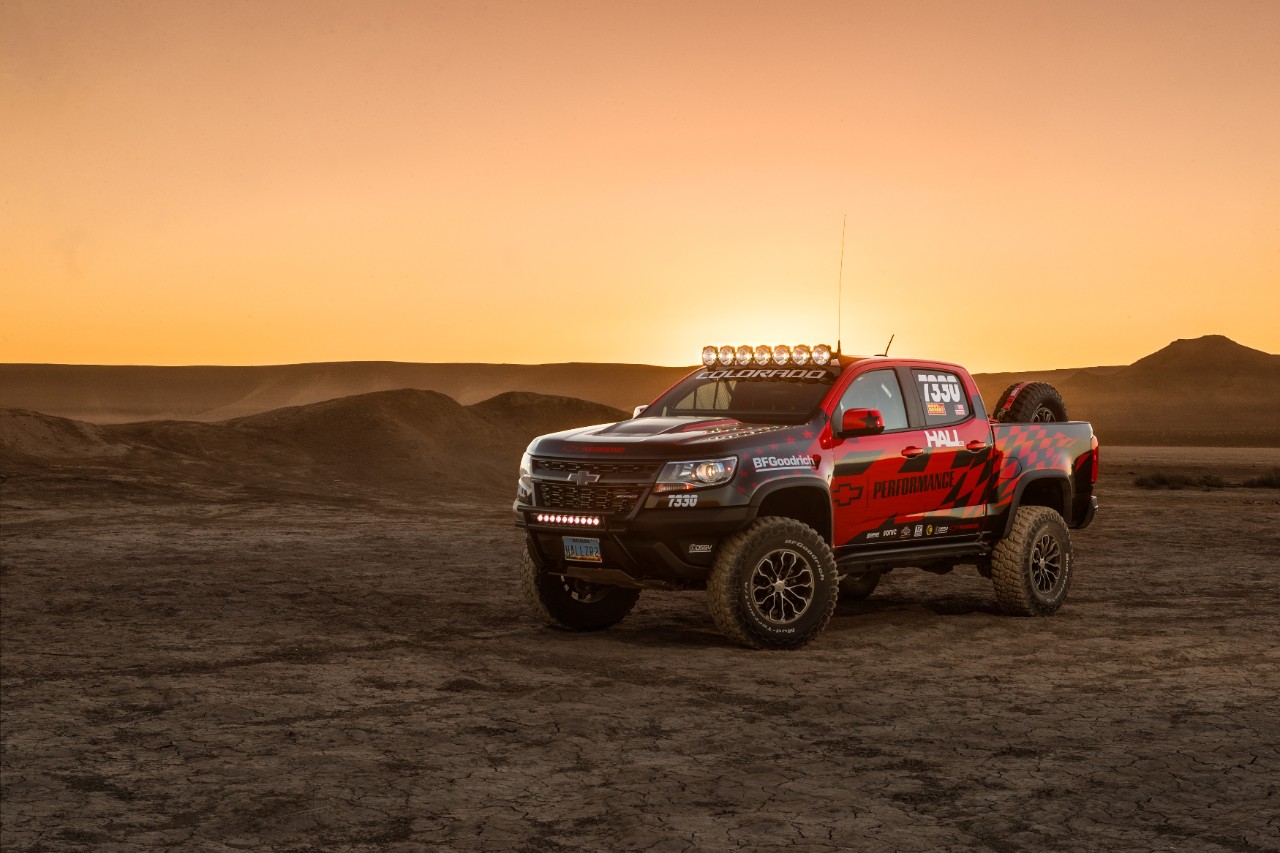 Both trucks are equipped with a Chevrolet Performance suspension that's currently still in development.

“Some customers want even greater capability, and the ZR2 AEV concept and ZR2 Race Development Truck showcase the efforts we’ve made to explore how owners can get even more from their trucks, ” said Jim Campbell, Vice President of Truck Strategy, Performance Vehicles and Motorsport.

With all of the onboard accessories and off-roading parts in this versatile pickup, Chevy may have created the ultimate weapon to take on Mother Nature.