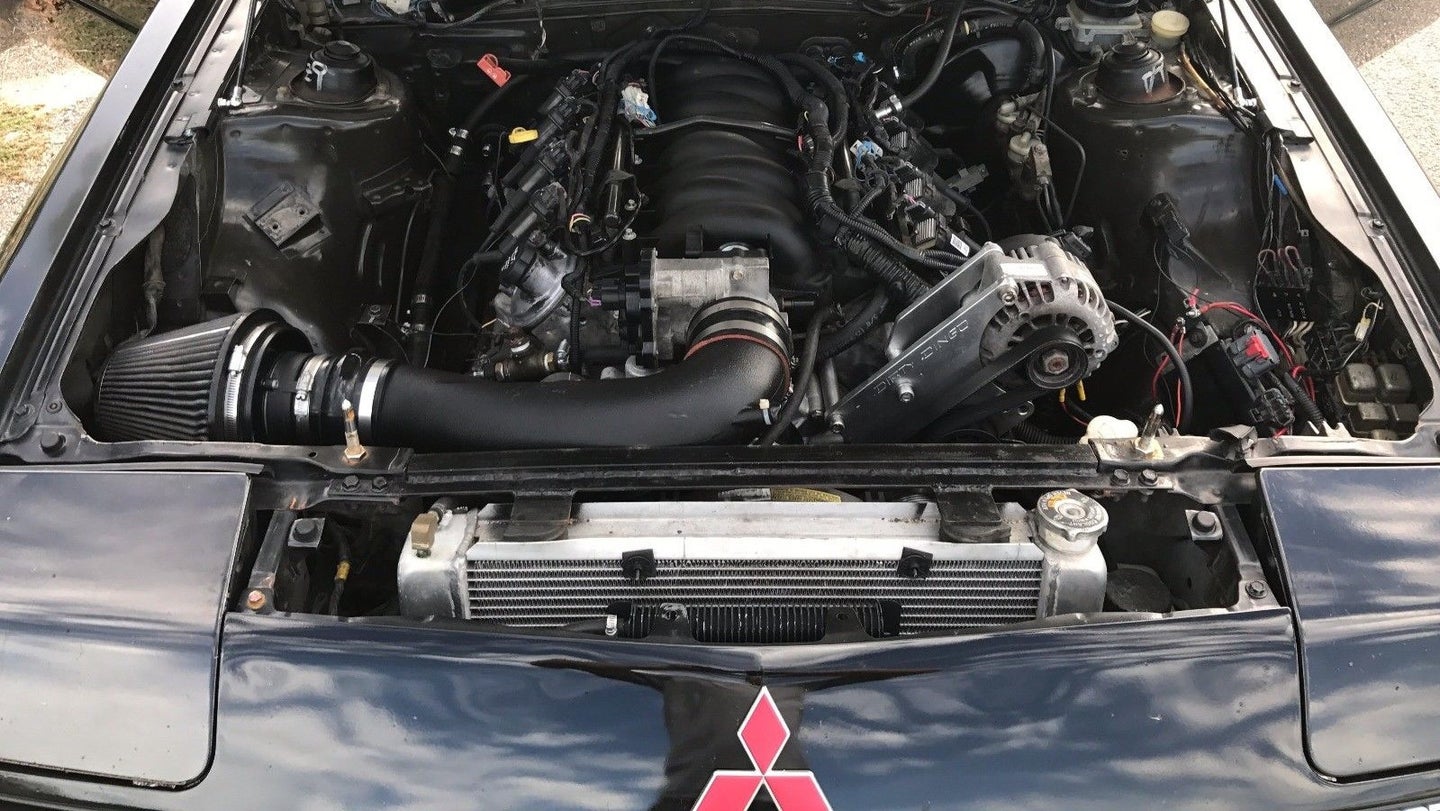 Everything that can be LS-swapped will be LS-swapped. The latest example of this ethos to pop up on eBay is a 1986 Mitsubishi Starion ESi-R located in Tulsa, Oklahoma that has ditched its stock 2.6-liter turbocharged SOHC four-cylinder engine in favor of a Vortec 4800 LR4 V8 that originally saw duty in a 2004 GMC Sierra pickup truck. While it doesn’t have “LS” in the name, this engine is still part of the LS family.

You may know the Mitsubishi Starion better as the Chrysler Conquest. The Starion ESi-R is the high-performance variant of the coupe being Mitsubishi's version of the Conquest TSi. It was a GT sports car built to compete with the likes of the Nissan Z cars, Mazda RX-7, and Toyota Supra. In stock form, this Starion made around 180 horsepower and 230 pound-feet of torque.

This example is far from stock. While it might look unsuspecting on the outside, the similarities to its former self end as soon as you open the hood. The LR4 powering this Starion sends power to the rear wheels via a General Motors automatic transmission. It has a few modifications in order to fit under the stock hood including an intake and fuel injectors from an LS1 and the alternator and power steering pump being relocated with a Dirty Dingo bracket.

The exhaust on this car is “a full custom job” according to the eBay listing. It’s a two-into-one setup with a three-inch muffler and the seller makes it sound like the car is very loud and gets a lot of attention.

The body shows its age through a little wear and tear. The front seats have recently been redone and it shows with some nice looking leather free of any cracks or tears. It even has a custom 3D-printed beverage holder.

The Buy It Now price on this Starion is just $7,500. As of this writing, the top bid is at $4,750 with the reserve not yet met. If you crave an 80s Japanese sports coupe with an American V8, this is a unique, affordable opportunity to live your crazy dream without having to do the work of an engine swap yourself.