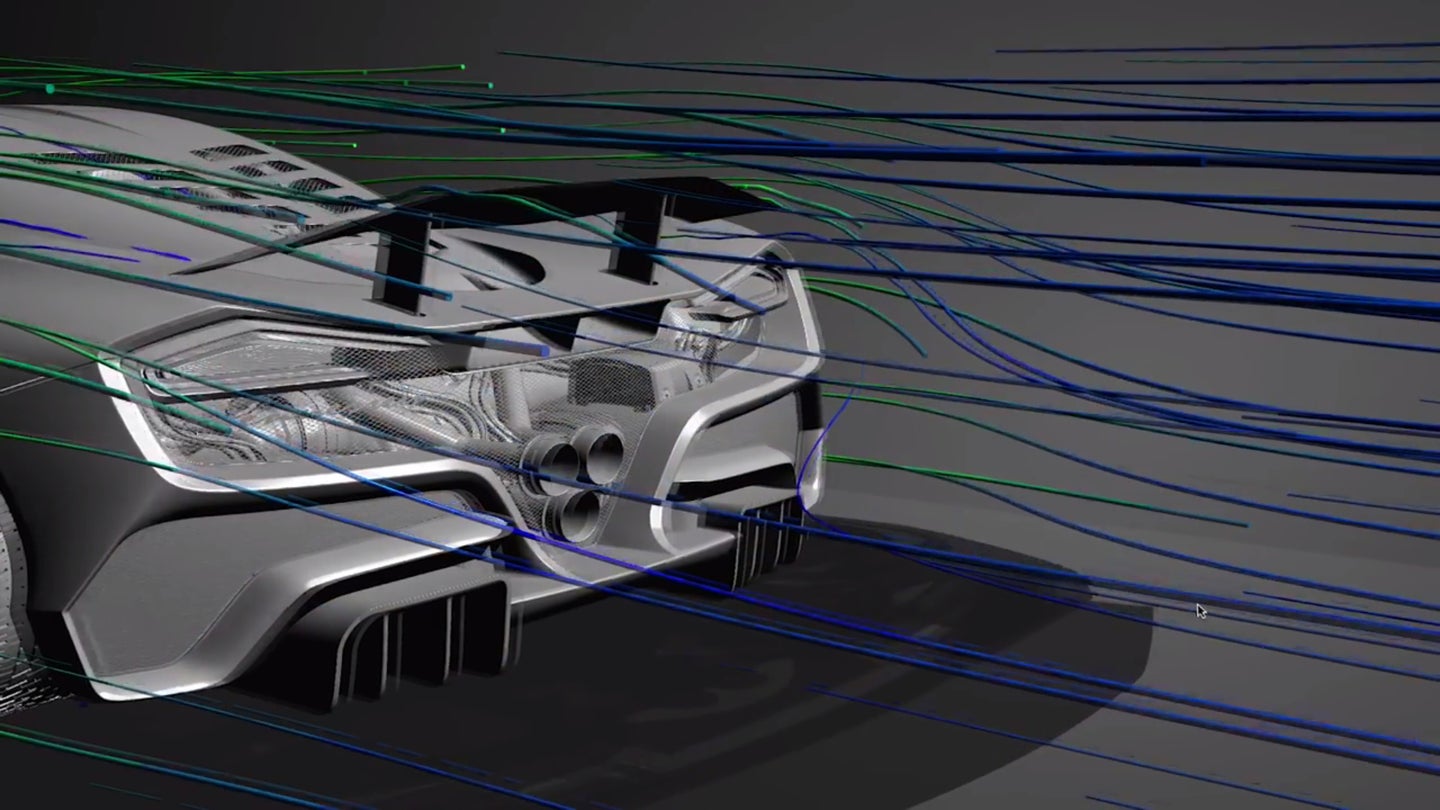 The original Hennessey Venom GT built by Texas based tuner Hennessey Performance was a Bugatti killer. It holds many world records in the top speed department, some of which that are disputed due to the discussion on if the car is a production car because it is based on a Lotus. Hennessey is set to break records with their newest project while leaving no room to dispute. As Hennessey Performance puts it, "We wanted to build the fastest road car in the world. Again."

Hennessey Performance will be unveiling the Venom F5 on Wednesday, Nov. 1 at 11 a.m. PT at SEMA in Las Vegas, Nevada, according to a press release. The event will take place at the Shell Pioneering Performance Pavilion, display number 60005. The event will be live streamed on Hennessey's Facebook, Instagram, and YouTube channels.

The Hennessey Venom F5 appears to be built from the ground up. It is not based on any other car. Hennessey released a teaser video along with the press release showing the development of the car including clay models and digital wind tunnel testing. The Venom GT was built using a 7.0-liter twin-turbocharged LSX Chevrolet V8 engine mated to a 6-speed Ricardo manual transmission. There has not been an announced engine for the Venom F5, but it's probably safe to assume that there will be some V8 twin turbo set up that the high-horsepower Hennessey is known for.

Hennessey has teased the speed that can be achieved by the Venom F5 via social media, with a speed limit sign saying 300 miles per hour. Only time will tell if this is a goal for the Venom F5 or just a tease.

Check out the Venom F5 announcement teaser video below.