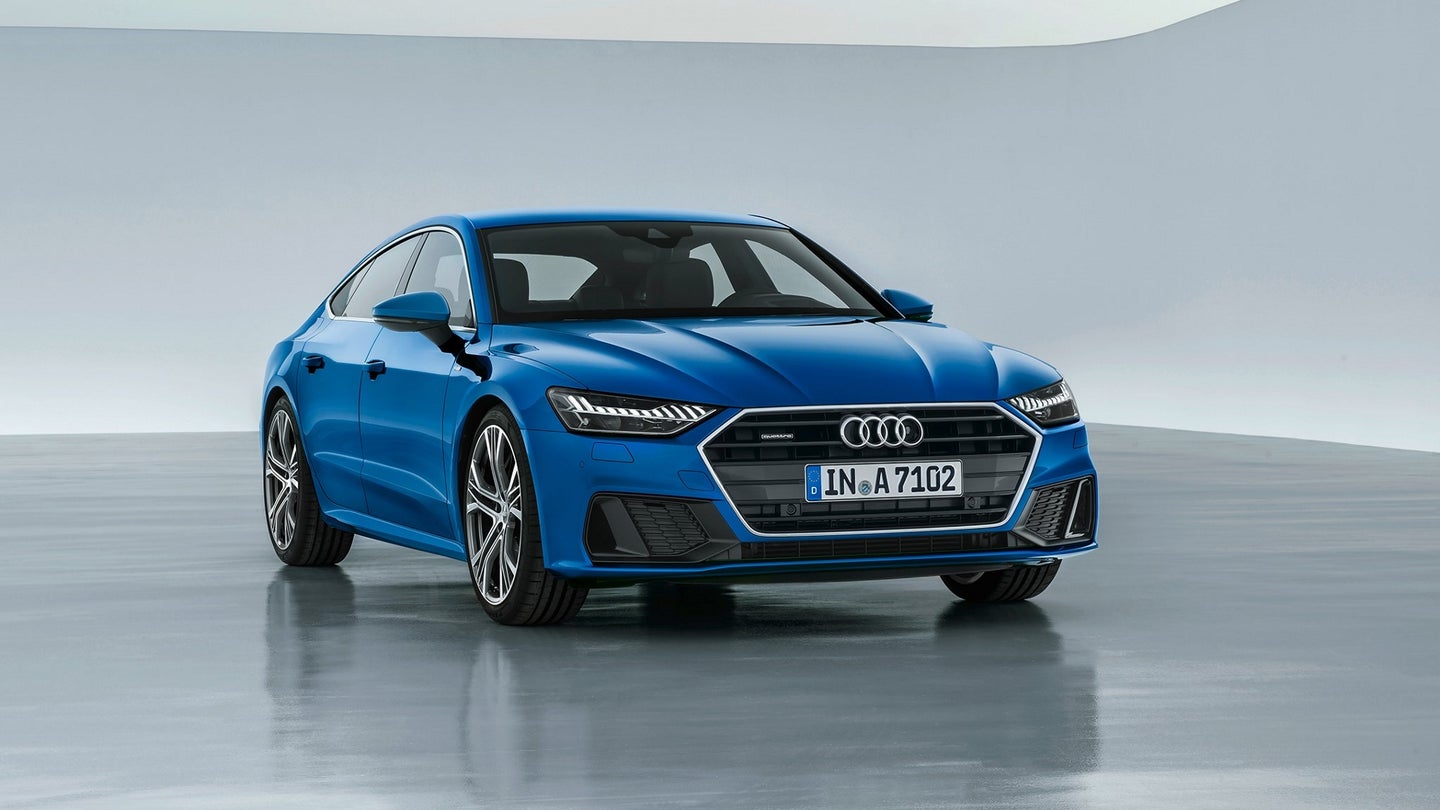 The Audi A7 mid-size five-door “Sportback” hasn’t seen a major refresh since it first came out for the 2012 model year, but it's been aging well. Serving as a sporty middle ground between the A6 mid-size sedan and the A8 flagship sedan, the A7 is an interesting alternative to a more conventional luxury sedan. It’s found a niche market thanks to its stylish blend of hatchback practicality and coupe-like styling competing with the BMW 6 Series Gran Coupe and Mercedes-Benz CLS Coupe, both of which are more expensive (for now).

The Audi A7 is finally getting an overhaul for the 2019 model year. Falling closer in line with the current Audi design language, the all-new A7 has a sinister look to it. The aggressive face of the car looks like a meaner version of the dignified A8 flagship while the rest of the body has dynamic lines giving way to muscular rear quarters.

In an attempt to hide the fact that it’s a five-door hatchback, this “coupe” continues with a sloping roofline and pillarless doors giving the A7 its “four-door coupe” distinction. While it still has the distinct look of an Audi, the new 2019 A7 is different enough from the outgoing car to stand out as an all-new model.

Things get really interesting when we get around to the back of the car. It has this long, horizontal taillight with sharp corners at the ends that make the back of the car look like a Sith Lord. The back also has a power-retractable spoiler, some tasteful chrome trim, and cleverly hidden tailpipes.

Power for the 2019 A7 will come from the turbocharged 3.0-liter V6 TFSI which makes 340 horsepower and 368.8 pound-feet of torque. The only transmission option will be a seven-speed S Tronic automatic. Like the new A8, it will have a mild-hybrid system with a 48-volt primary electrical system and a lithium-ion battery helping the A7 achieve an expected 34.6 miles per gallon.

The interior of the new A7 has what Audi calls a “lounge atmosphere.” Audi says the four key values of the interior are; progressiveness, sportiness, intuitiveness, and sophistication. With clean lines, a driver-oriented cockpit, and plenty of modern tech on display, Audi did a fine job hitting all four of those points with this elegant, yet sporty interior.
The Audi A7 boasts available driver assistance systems including adaptive cruise control and Audi AI which autonomously parks the car. Autonomous parking will be available “at some point in 2018” and can park the car for you even if you’re not in it via the myAudi mobile app.

Audi confirmed for us that updated versions of the S7 and RS 7 will be shown "at a later date." We’ve reached out to Audi for comment and we’ll update this story if we hear back. What we do know about pricing and availability is that the new A7 will launch in the German market in late February 2018 with a starting price of €67,800 euros ($80,204 USD). It's coming to the U.S. in late 2018 or early 2019.