Marchionne Confirms Ferrari SUV, Says It's Not Selling Jeep to the Chinese

'It’s incorrect to assume that FCA’s future hinges on doing a deal,' the Fiat Chrysler CEO said in an interview. 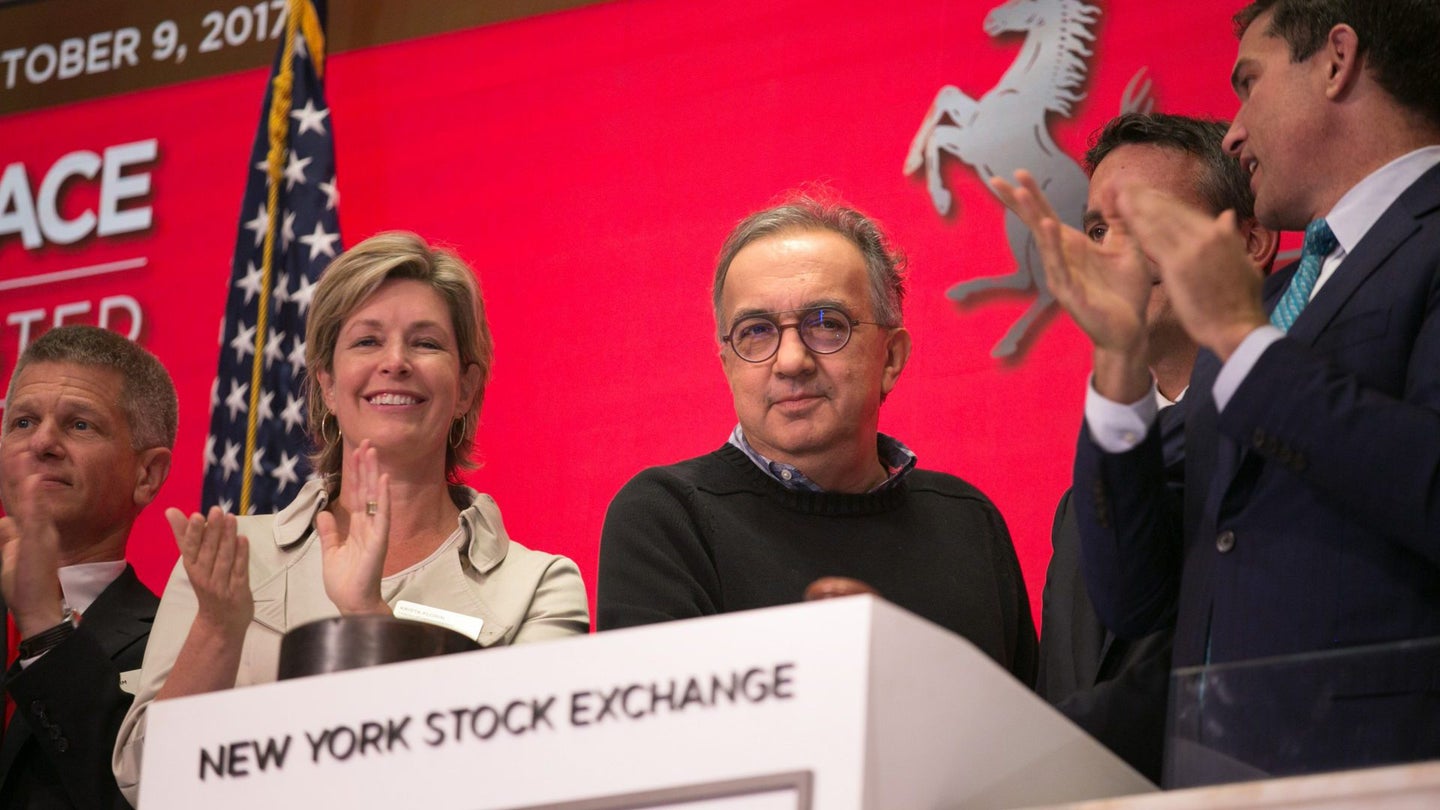 Back in August, Fiat Chrysler boss Sergio Marchionne said that a Ferrari SUV, excuse me, FUV was "probably happening," citing a marketplace "too big and too inviting" to ignore. Well, cue the outraged purist reactions and Enzo's rolling grave comments because Marchionne has officially confirmed that a Ferrari crossover is indeed happening.

In regards to rumblings of a possible buyout of Jeep by Chinese automaker Great Wall Motors, Marchionne responded saying that the famed American utility brand is not for sale. The Fiat Chrysler boss adds that a deal with Great Wall would leave a "worrisome stump" in his company in addition to not making much sense since the two firms "have no market overlap and wouldn’t achieve greater scale together."

Lack of market overlap or not, perhaps Sergio has some unannounced, prancing horse-themed plans for his Jeep assets. V12, Cherokee-based FUV, anyone?