Experts say that law enforcement could benefit from loosening restrictions on drone use during emergencies like Sunday's mass shooting in Las Vegas. 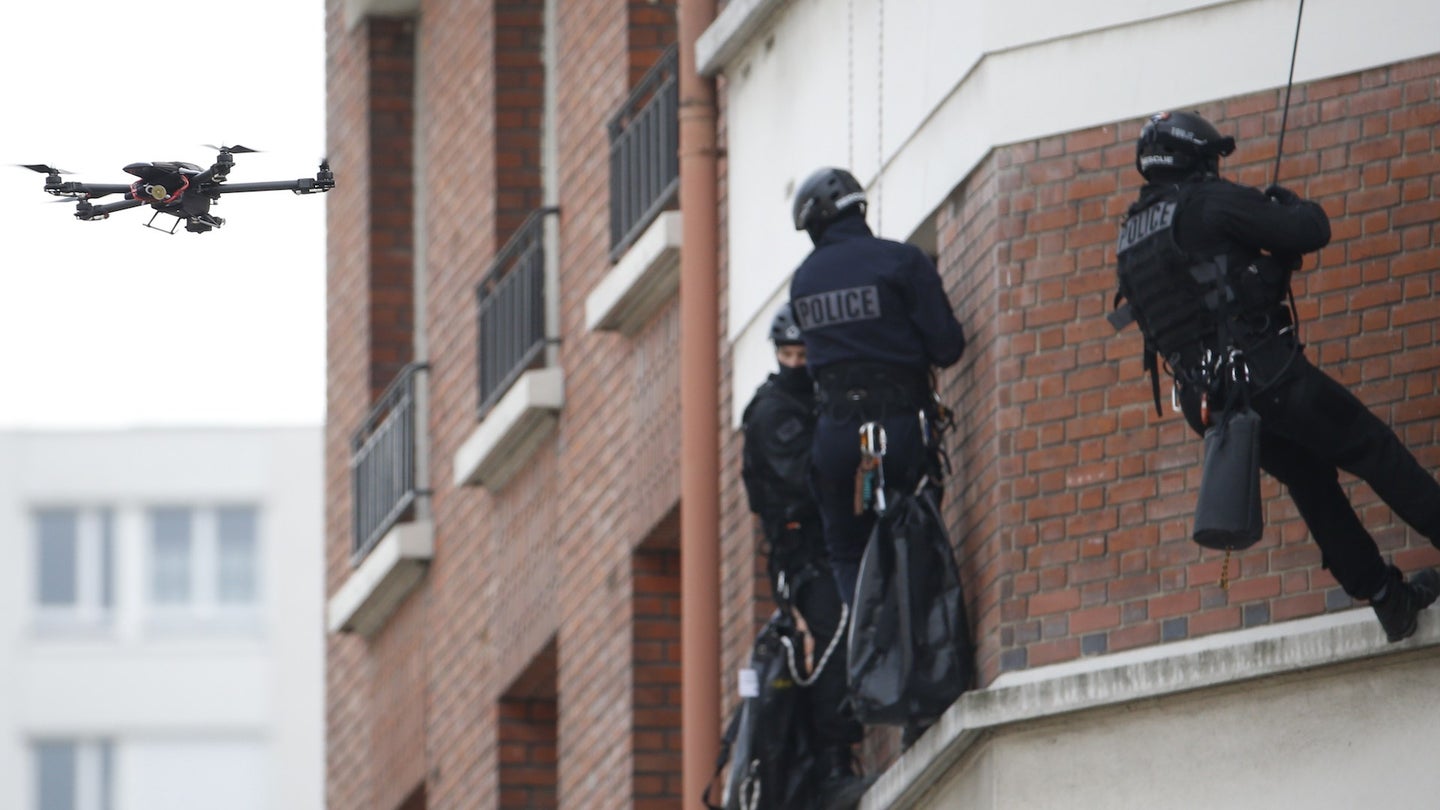 In the wake of the largest mass shooting in American history in Las Vegas on Sunday, it’s imperative to analyze and implement the most preventable methods for similar future occurrence, besides stronger, vital gun regulations being instated. One of those tools, according to a terrorism expert from The Center for the Study of Hate and Extremism at California State University in San Bernardino, is utilizing drones for real-time data gathering for local law enforcement on the ground, according to the Los Angeles Daily News.

We’ve seen how drones can be implemented in both search and rescue as well as data-gathering missions before, as during the Grenfell Tower inferno in London earlier this summer, or police in England finding suspects faster due to the aerial help as opposed to more traditional methods.

According to Cal State expert Brian Levin, we should give UAVs serious consideration for combatting horrific, murderous situations such as the Las Vegas mass shooting.

“Think about how useful a drone might have been if we have situations like this now for large events,” he urges. “You have a guy on the 32nd floor, a drone could’ve provided real-time intelligence and surveillance to what’s going on.”

It’s important to note that this isn’t intended to retroactively criticize how local law enforcement responded in Las Vegas. There was a huge amount of heroic behavior on display that night, with an Army veteran saving up to 30 people’s lives, not to mention all police actively doing their best to prevent further loss of life. What this is intended to inspire, hopefully, is looking at one more tool at our collective disposal, to save people’s lives.

Drones can gain vantage points quickly, affordably, and effectively coordinate with the human side on site. Naturally, the mere suggestion of allowing police departments a longer leash regarding surveillance drones whirring around our skies, gives a lot of people pause. Not everyone is eager to further ‘militarize’ our local law enforcement, or give them supposed free surveillance-related reign whenever an incident is deemed worthy of drone use.

Recently the Los Angeles County Sheriff’s Civilian Oversight Commission asked to end its UAV use during law enforcement operations, with a vote of 5-4. This was largely a result of a 42-page report that found the sheriff’s department use of drones reaching six times since the end of July.

“One involved a dangerous, armed gunman, and the others were search-and-rescue missions for a missing woman and for a missing young boy,” the report stated. “All missions were within the limited-use policy of the LASD. Provided this information is factual, this seems like fairly curbed limited-use operation, and in line with an approach that most of us would find tolerable." However, there are plenty of us who are wary of slowly but surely escalating the powers that law enforcement are afforded, as it’s never certain what future overreach could result in. It’s a tough issue, with a simple fact at its core: Drones would really help cops do their job better, faster, potentially resulting in less loss of life.

Reportedly, the 42-page document recommended the sheriff’s department follow a few cardinal rules which could appease the public, such as not arming the UAV in question, as well as maintaining privacy for the public. Regarding critics of the potential increase in drone use by law enforcement, such as Drone-Free LASD/No Drones LA!, their stance is that drones would “signify a giant step forward in the militarization of local law enforcement that is normalizing continued violations of human rights of our communities.”

It’s a fair point, to those paying attention to significant increases in what our police departments look like and behave like far too often. Some departments look more like invading troops than the helpful neighborhood beat cop. Certainly, this is a very current and complex dilemma, whose most agreeable center has to be found before more killings occur. Unfortunately, the latter is more likely to happen before the former is.

Los Angeles County Sheriff Jim McDonnell understands the opposition, but suggests that the communities his department governs over are largely in support of this implementation of drones.

In his statement, he writes “The (unmanned aircraft system) is too important as a public-safety tool to ground. I will not face the loved ones of a victim whose life could have been saved by our ability to deploy UAS (unmanned aerial systems). I cannot imagine meeting with the spouse or a parent of a fallen deputy and say, yes, we could have done more.”

In an era where all of us are inescapably aware of how high the rate of mass shootings is, that position is endearingly relatable. None of us want this to happen, ever again. But it will, because those in charge seem to care more about re-electability and profit than solidarity and empathy. It’s people like Jim McDonnell that aren’t part of the problem - this man wants to help - but a potential part of the solution. It’s important to note that plenty of police officers are here to help. Maybe we can find it in ourselves to help them do so. Perhaps that’s too much to ask from some of us. However, the fact is - hoping, praying, waiting and seeing - none of this will lead to a better public-safety landscape in this country. We have to do something, and drones might help us lower the toll of death.

“I don’t know if the Las Vegas Police Department has a drone; I do know that if they used (a drone), it could have been very beneficial to tracking the source of the shooting,” said president of the commission Steve Soboroff. “Law enforcement there did a phenomenal job but it absolutely makes the case for restricted, specific use of a drone.”

At least 58 people were killed, and more than 500 were injured in Las Vegas on Sunday. If so inclined, feel free to donate to Clarke County Commission Chair Steve Sisolak's fundraiser to help the victims and their families.