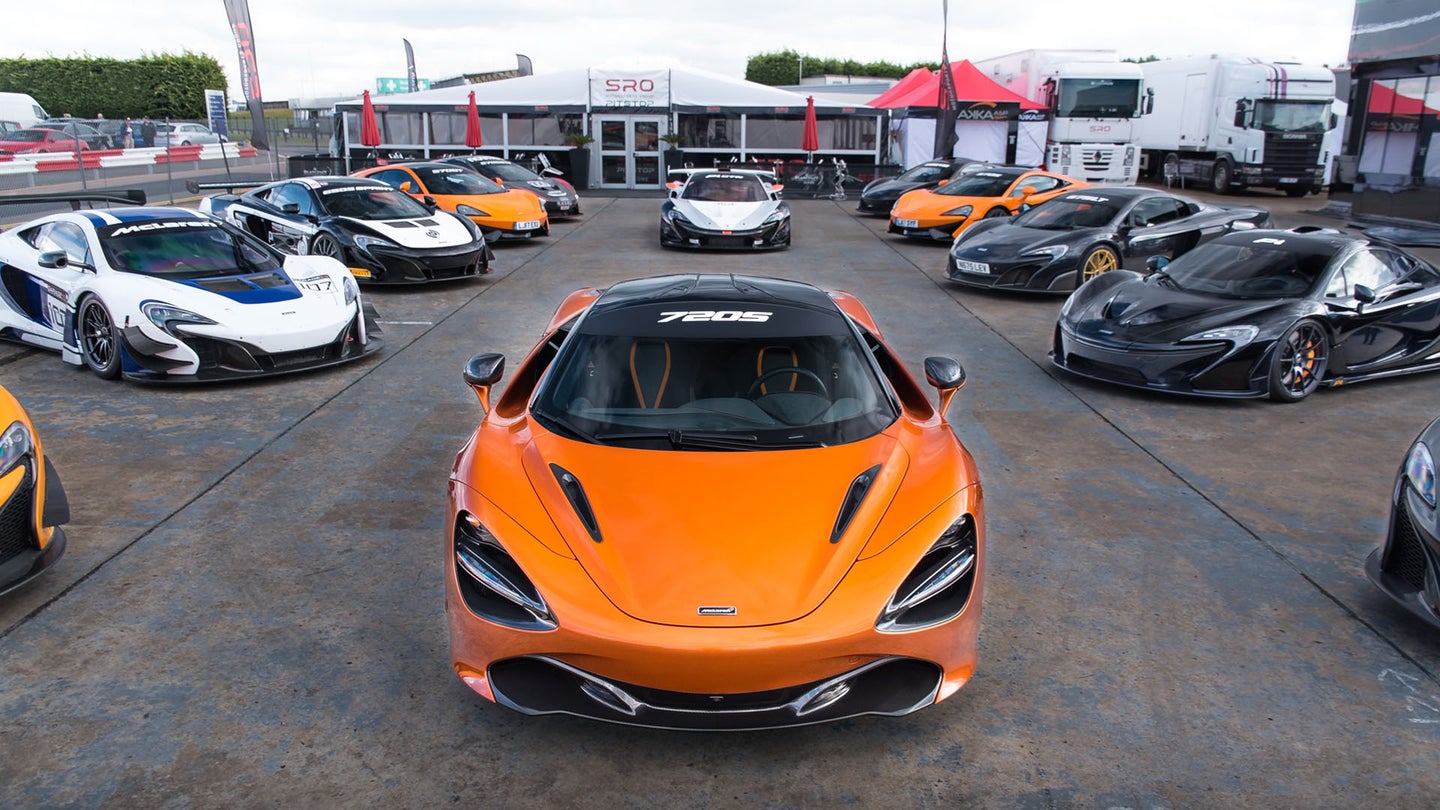 McLaren Automotive topped the charts this year, reporting sales of more than £649 million, or about $860 million year-over-year, beating out other British companies including IM Group and Telereal Trillium.

Companies were ranked as part of The Sunday Times' Top Track 250, a British survey that stacks up U.K.-registered private companies based on sales figures and other factors. It measures growth from October to October, and this year's figures were released Monday. For context, the only other car manufacturer to make the list was Aston Martin, which came in at 9th place.

McLaren attributes its success to increased North American and European demand, helping sales rise by 44 percent last year. Out of that sales revenue increase, the company saw nearly £9.2 million in profits, equivalent to about $12.2 million in the U.S., marking four years in a row of profitability.

McLaren sold 3,286 cars last year from its single production facility in Woking, England, even attracting attention from Prince William. This is bordering relatively close to its goal of building 4500 cars annually by 2022, but it looks like McLaren will reach that production number far sooner than it thought.

With its expanding lineup, McLaren categorized its supercars into the Sport Series, Super Series, and Ultimate Series. Entry-level cars from the Sport Series like the 570GT make up the majority of sales, but McLaren says it's already received more than 1,500 orders for its new 720S Super Series car, and there's another hypercar in development for the Ultimate Series.

The 720S marks the beginning of McLaren's Track22 initiative, and it's one of 15 models that McLaren plans to unveil by 2022, half of which will feature hybrid technology. As the company's sales continue to climb, there's little chance that we'll stop seeing what crazy performance cars the company can churn out anytime soon.