Detroit falls short and won't be receiving an award for any cars in 2017. 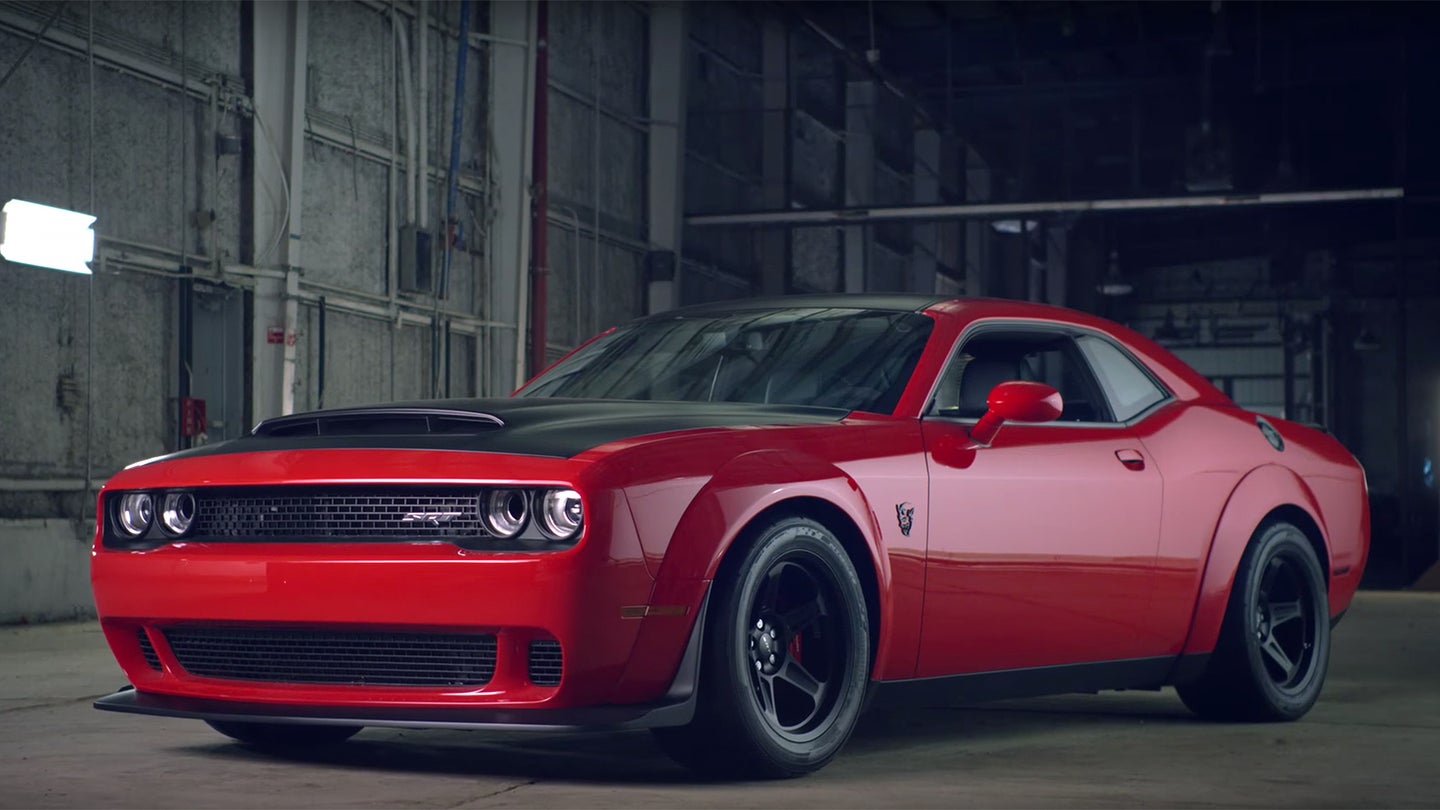 There are many mundane things in life: commuting to work, eating lunch, scrolling through Facebook, and...the Dodge Demon, judging by the recent decision made by the folks who give out the North American Car, Truck and Utility Vehicle of the Year award.

We'll be the first to admit that the Demon is a cool car. It's quick enough to lay down a 9.65-second quarter mile, and niche enough to meet the needs of a very specific market of consumers who would be interested in all that the car could offer. But just because it can eat up all 1,320 feet in record speed doesn't make it a different enough model to be considered in the running for NACTOY.

Dodge is proud of their newest creation. It's made something fast enough that they could show-off to other automakers, and they took full advantage of embracing their newfound privilege. Even the official reveal of the Demon screamed "look at me," beginning with a burnout, and ending with the launch of the car across the stage.

The Demon stuffs 6.2 liters of American fury under the hood that, when coupled with the eight-speed automatic gearbox and limited slip differential, can propel the car from zero to 60 in just 2.3 seconds, a speed that rivals the Tesla Model S. When the screaming V8 goes flat-out in the sub-10-second quarter mile, the 808 horsepower breathes as much as air 816 people take in a single breath. It's fast, it's loud, and people absolutely love it.

Even with all of the go-fast bits in the car, the wide rear tires coupled with the skinny drag-inspired fronts, and the aggressive widebody look, the Demon is still a Challenger at heart, or at least that's how NACTOY sees it. The car was deemed to be ineligible to be considered for the award, as it was "not sufficiently altered to meet NACTOY’s criteria as a separate model," reports FCA, meaning it would fall into consideration with the rest of the Challenger line.

Though unfortunate, NACTOY's decision opens up the door to ask what domestic automakers aren't being considered in the awards selection process. The Demon is one hell of a car, but it doesn't separate itself enough to be that much better.