Style, taste, and a splash of luxury defined Hef's garage. 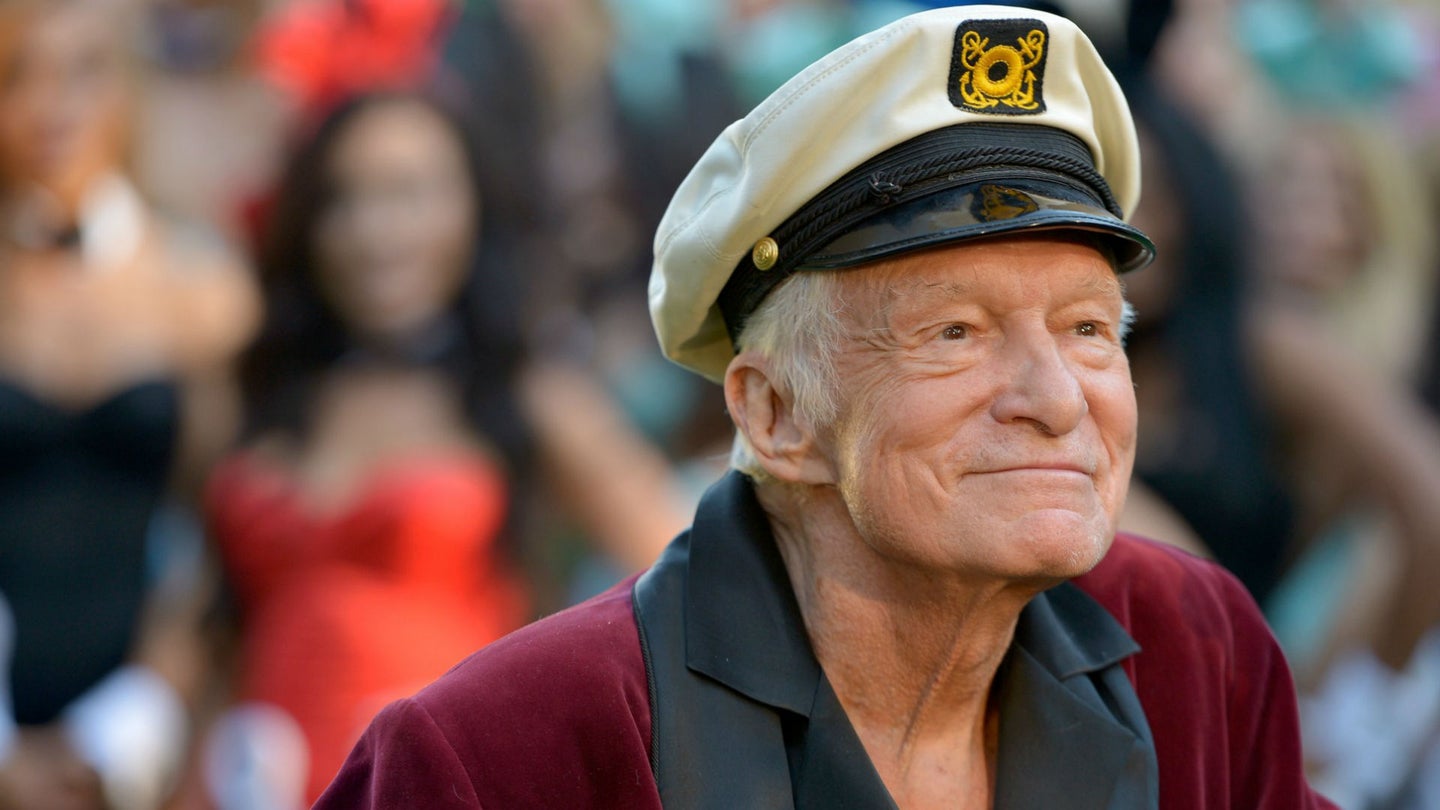 In memory of culture icon and Playboy mogul Hugh Hefner's passing, The Drive is looking back on some of the legend's most prized possessions--his cars. Though he obviously had larger interests in his life than autos, his stellar collection was one of taste and grandeur that a true gearhead would be happy to call their own. A mix of European style and American innovation filled Hef's garage at the Mansion, and today we remember the five best examples throughout the years.

This car allegedly kicked off Hefner's passion for the eccentric side of the auto industry. Serving as America's premier luxury brand during the era, Cadillac built the Series 62 Convertible to be the ultimate around-town cruiser for the successful businessman. Elvis was also believed to own one of these, so it only made sense that Hef would add it to his long list of cars.

It featured some especially advanced features for the 1950s with everything catered towards comfort and convenience. Power windows, power locks, automatic windshield wipers, and auto-dimming headlights meant that it pretty well did everything for you and when you consider its competitors of the time, it was far and away the most technologically advanced in terms of amenities.

The Mercedes SL was the ultimate status symbol in its heyday. Unmatched styling, German refinement, and an extreme pricetag meant that it was the one to have, and excellent examples still go for nearly $1,000,000. It was smooth as silk thanks to what became a staple in the Benz lineup, the 3.0L inline six.

If you ask us, this is the pinnacle of cool in Hugh's collection ... except for maybe the next one on the list.

When you're carrying around some of the world's most treasured cargo, you've got to make sure that they ride in style. The Pullman Limousine was perhaps the most luxurious offering to come out of Stuttgart, and if it was good enough for Hefner, then it was plenty for everyone else.

Plus, is there any other way you'd rather tout 6-8 models around town? Probably not.

While this car might not have technically belonged to the Playboy founder, it was given to then-Playmate of the Year, Liv Lindeland. Its stellar Italian looks paired just fine with the Ford-sourced 351-cubic inch V8, and when dressed in pink, its curves closely resembled that of the winner herself.

Closing out Hefner's collection is Bavaria's best efforts at a sports business coupe. Better known is its racing car brother which went on to dominate Le Mans and other endurance races, aptly dubbed the "3.0CSL". The road going version was a formidable daily driver for anyone looking to get the most out of their commute, and rumor has it, Hefner's first wife took it out on track several times. Certifiably rad.

All together, Hef owned many more cars than the few listed here. Playboy played host to several racing series throughout the years, showing his dedication to motorsport and cars as a whole, and these special collector cars are unlike what you may find in a Saudi prince's hangar. Instead, they were the sign of an enthusiast who enjoyed a bit of luxury to boot, distinguishing himself in only a way that he could.