Can we stop talking about how Lincoln needs to be "saved" now? 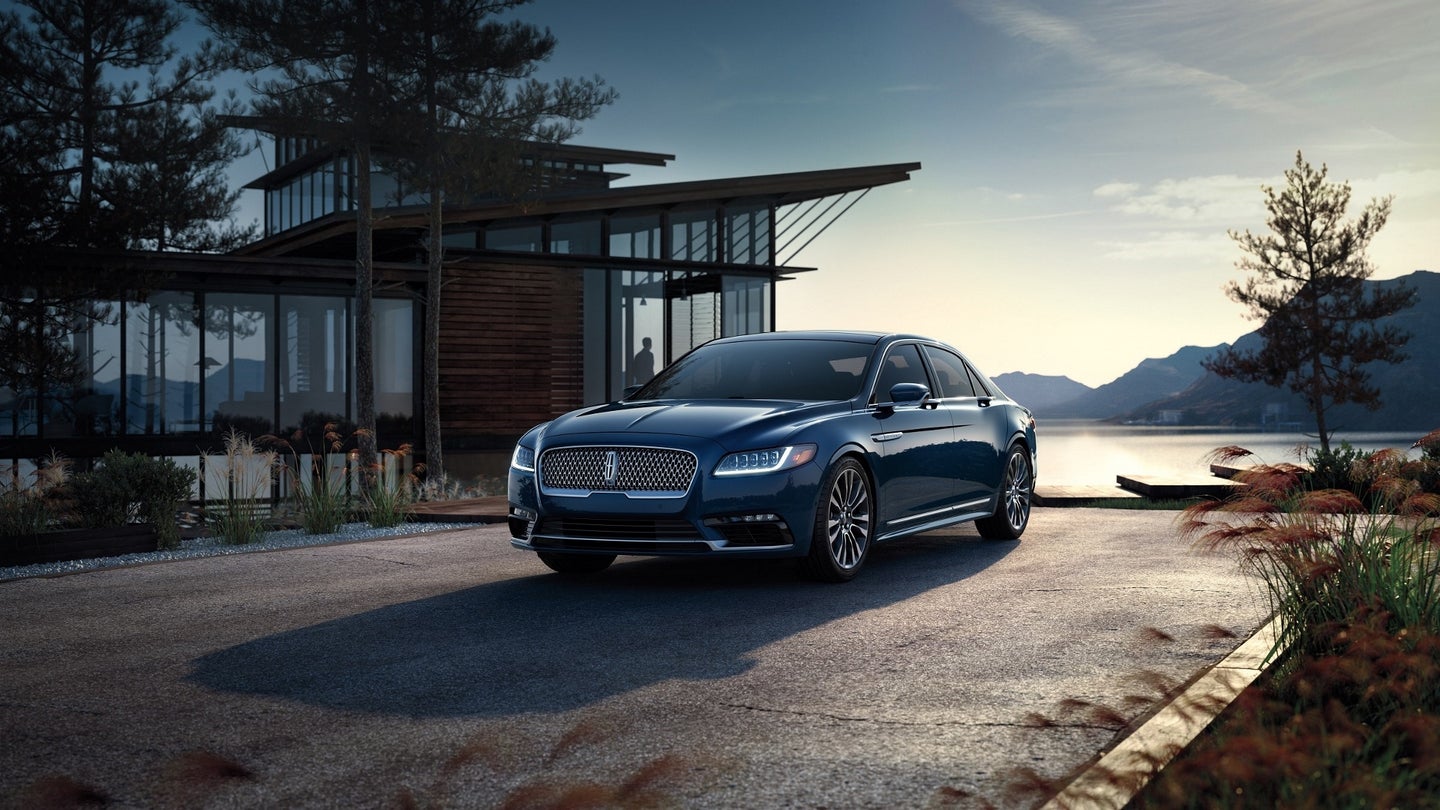 The new Lincoln Continental is doing exactly what it is supposed to do as a flagship. Not only is it selling well, especially compared to the Taurus-based MKS it replaced, but it’s giving the entire Lincoln lineup a boost. The Continental commands 14 percent market share of large luxury sedans, according to Automotive News, putting it in third place behind the the Mercedes-Benz S-Class and its fellow front-wheel-drive-based domestic adversary, the Cadillac XTS. (For reference, the old MKS was only able to scrape up 7.2 percent market share in its final year of production.)

Here’s how a luxury flagship is supposed to work. You’re supposed to see an ad for the swanky new Lincoln Continental, go to your Lincoln dealer to see one, realize it’s a little pricey—starting at $44,720 and going all the way up to more than $80,000—and buy a smaller, more budget-friendly MKZ with similar panache for about $10k less than its big brother. Well, guess what. That’s exactly what’s happening in Lincoln dealers across the country, according to Automotive News.

"It's become a springboard to selling our other products," Chris Poulos, general manager of West Point Lincoln in Houston, told AN. "When you look at what it does for people coming into the store, it's huge. I think it brought us fully back to relevance. Lincoln is growing because of it."

Again, that’s exactly what the new Continental was made to do. It wasn’t meant to be the best-selling or most luxurious car in its segment, but rather, bring the whole Lincoln brand back to relevance on the luxury car stage. Chris Poulos also told Automotive News that his used lot in Houston is full of BMW 7 Series sedans that have been traded in for a new Continental. Hard not to see that as good news for Lincoln.

For a while now, people have been talking about how Lincoln needs to be saved. However, Lincoln sales have steadily been growing over the past few years and 2016 was Lincoln’s best year since 2007. Now, with the new Continental here and an all-new Navigator on the way, it looks as though the brand took all the right steps to not only survive, but exceed expectations.