A new period-correct version for the 1957 Lancia Flaminia is now available. 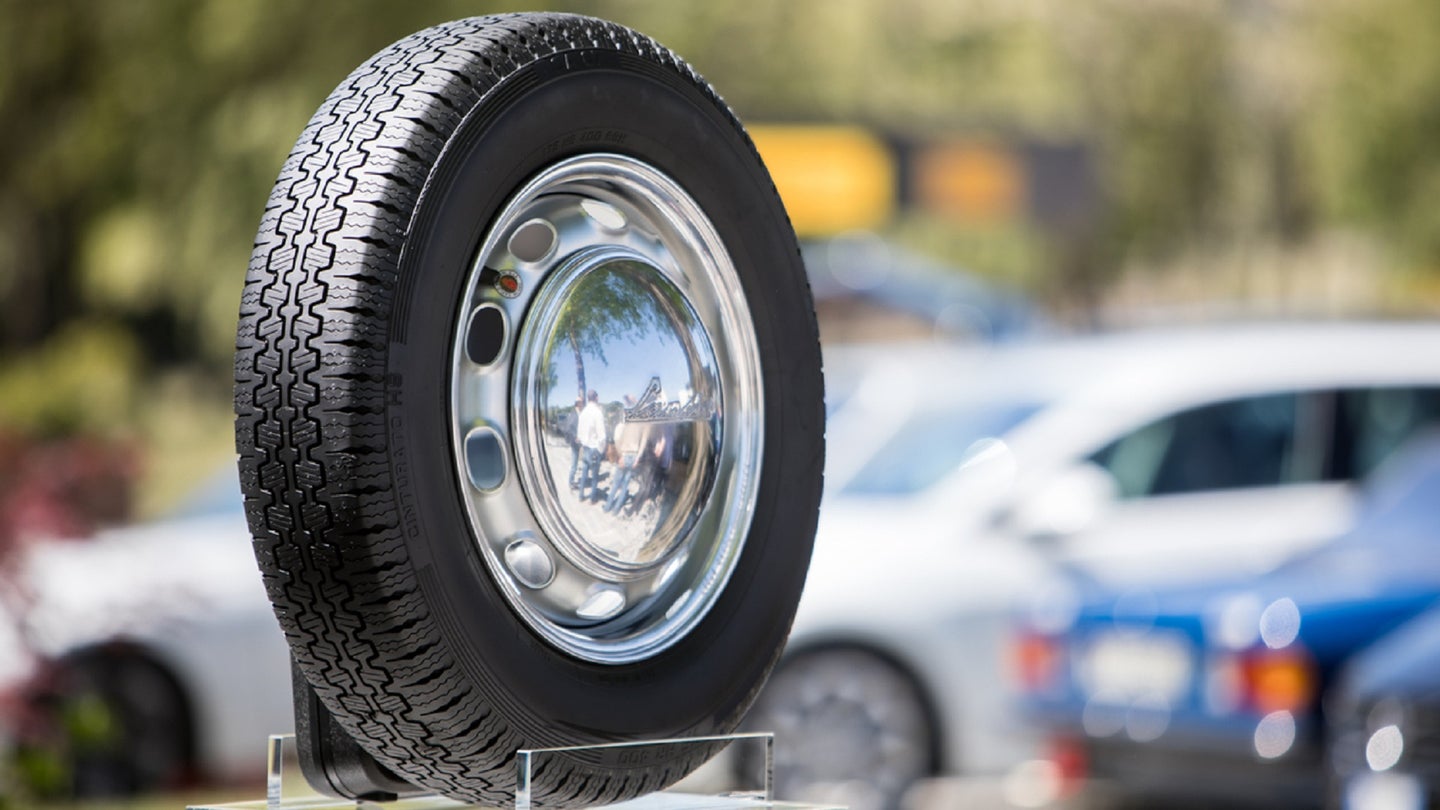 Pirelli has announced a new addition to its Collezione tire range designed to preserve vintage looks and performance on vintage cars with modern safety and materials.

Modern car tires bear little resemblance to the tires of old. New materials, construction techniques, and rubber compounds make today's tires perform better and more safely than they used to. Vintage and antique cars, however, were designed to work with the tires of their times, including all of their limitations.

A modern performance street tire has much stiffer sidewalls and far more grip than cars like classic Ferraris, Lamborghinis, and the original Porsche 911 were designed for, which can lead to undesirable or even unsafe handling characteristics.

Pirelli's Collezione tire line addresses this issue in multiple ways. Less is more when it comes to grip. These tires are available in the original sizes for many vintage and antique cars from Europe. That means they're more skinny than most modern tires, and they fit the small 13- and 15-inch wheels that are rarely found on today's cars. They also feature tread patterns and sidewall markings similar to those of the tires that these cars originally came with, helping to preserve the classic look.

But just because it looks like an old tire doesn't mean it's the same old tire under its rubber skin. On the contrary, the dual-ply carcass uses modern high-performance nylon, and high-tensile steel wire is used in the bead geometry. Though the tires are designed to work with the classic cars similarly to how originally performed, they still feature greater grip in both wet and dry conditions, resulting in a modest increase in performance and a significant improvement in safety.

Pirelli's latest addition to its Collezione range of tires is the 175 R400 89H size specifically for the Lancia Flaminia’s 60th anniversary. The Flaminia was originally equipped with Pirelli tires in 1957. Other models for which Collezione tires are available range from exotics such as the Mercedes 300SL Gullwing, Lamborghini Miura, and Maserati Bora, to more common models such as the Porsche 911 and even the Volkswagen Beetle.