It won't charge your Volt in 15 minutes, but the new 800-volt 350 kW charging protocol will be in new EVs in the coming years. 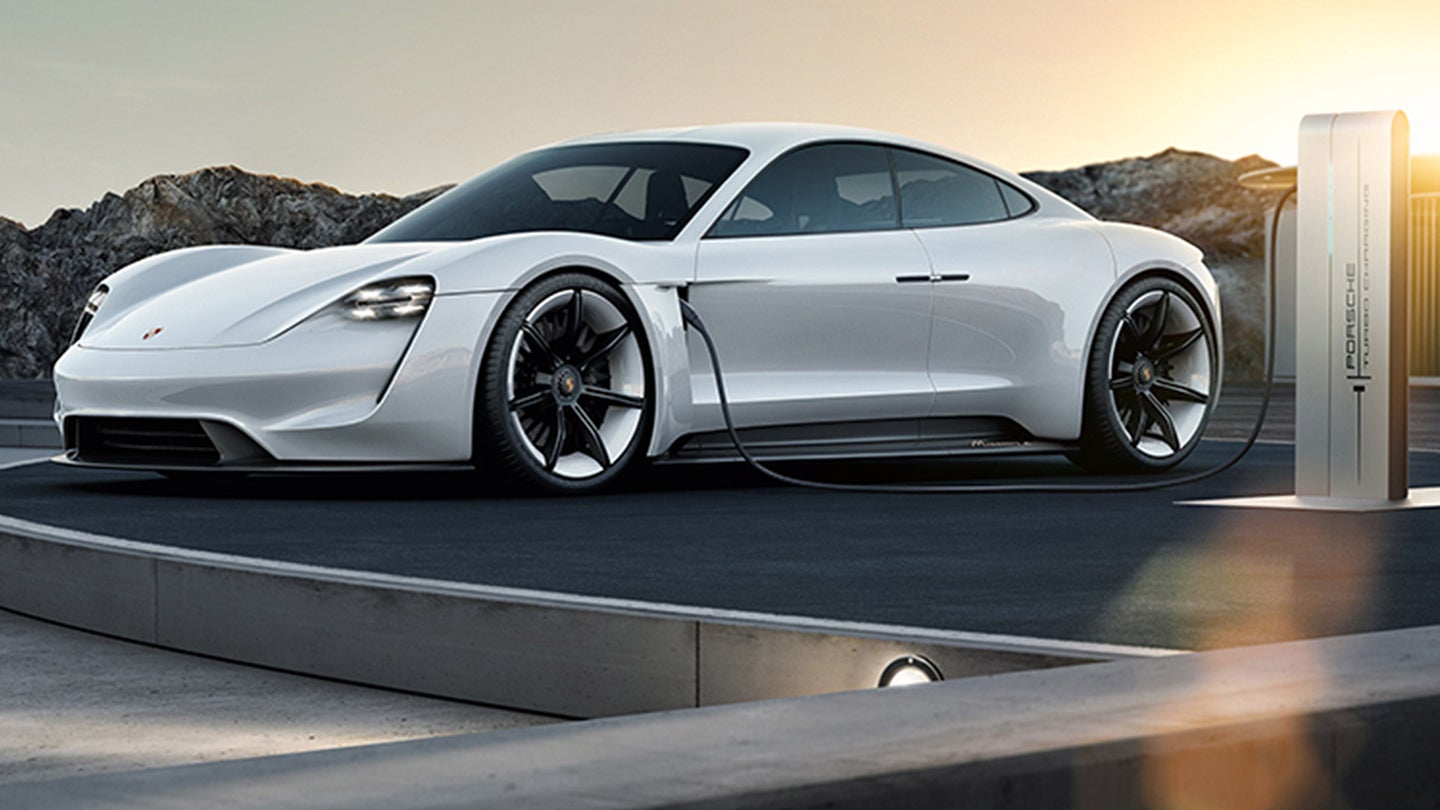 With the impending arrival of the fully-electric Porsche Mission E in 2019, Porsche may soon build its ultra-fast charging station in the United States.

While the Mission E will charge on the current network of 400-volt CCS charging stations, the car has been designed to handle 800-volt 350 kW charging. The stations that Porsche will reportedly be installing will charge the Mission E to 80 percent in 15 minutes.

According to Electrek, the first 800-volt charging stations will be built at the Porsche North America headquarters in Atlanta, Ga. Six banks containing six chargers each are expected to be built.

The CCS chargers will work with new vehicles that can handle the 350 kW 800-volt charge but will also still charge the 50 and 150 kW cars that are currently on the road and in production. Most automakers have been backing the CCS charging standard and are also working toward having their forthcoming electric vehicles use the 350 kW charging protocol.

The ultra-fast Porsche chargers will also work on Tesla vehicles with an adapter. Tesla says it has plans for an even faster charger and also recently filed a patent for a 15-minute battery swap station.

While Tesla is considered a leader in the EV field, Porsche is ahead of the game on this front with these chargers already operational in Berlin. Right now, the charging stations only deliver 50 to 150 kW, which will charge most automakers' current crop of EVs. The stations are ready to work with the new charging protocol as soon as there are EVs on the road that use it.

The ability to completely charge an electric car in less than 20 minutes is a benchmark that the public wants and automakers need. The ever-skeptical consumer does not want to wait around a charging station for an hour or more to while on a family vacation. A good one-day drive on a road trip might stretch 450 or 500 miles. In a gasoline-powered car, you might need to fill up once to reach your destination. That fuel stop might add 10 or 15 minutes to your trip.

Having to stop for an hour to recharge your electric car isn't something most people want to do. Maybe if you time the stop to coincide with lunch, you won't notice. Except you also need to find someplace that has both lunch and a charging station. As things stand right now, that isn't always an option. To have the ability to just pull off the road and top off the electron tank in 15 minutes changes everything.

For the electric car to be fully embraced, it needs to deliver the same experience that people are used to with their gas guzzlers. It needs to be as convenient and effortless as what the average person has now. Porsche is making that happen with its new charging station.

Here's a wild idea: If automakers and governments want to wean people off of the combustion engine and get them driving electric vehicles, they just need to do one little thing. Just redesign the refueling system on cars so that it takes an hour or more to fill up the gas tank.