Audi Brings a Pair of Smart, Electric Concepts to Frankfurt

The Aicon and Elaine concepts give us glimpses into both the near and possible distant future of Audi.

Rather than bringing one ultra-futuristic concept car that looks like it’s from a different planet to the Frankfurt Motor Show, Audi presented two different design studies in Frankfurt, reports Car and Driver.

One is a crossover named Elaine, and it’s the queen of Audi's castle when it comes to autonomous driving. The other is a very futuristic sedan called the Aicon which appears to make a leap into into Audi’s distant future. Both cars are all electric.

The Elaine looks like Audi's E-Tron Sportback, which we saw earlier this year, but it’s a more fleshed-out concept, making it a step closer to production. Audi says it wants three electric vehicles in their lineup by 2020 and some version of the Elaine is likely to be one of them. 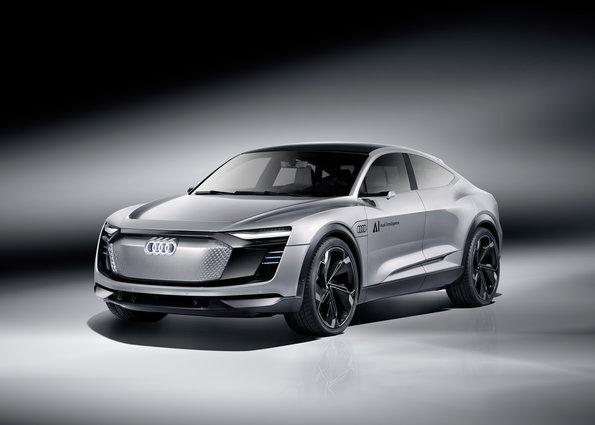 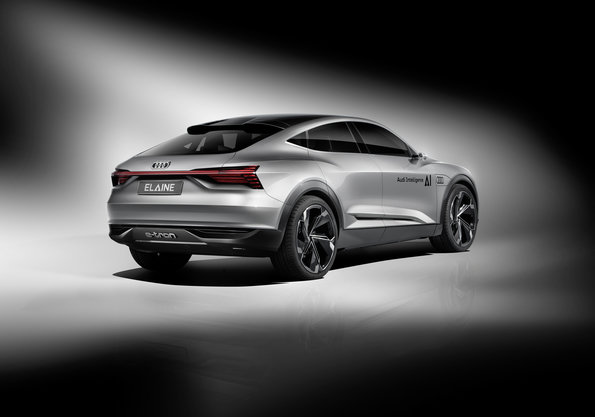 A few of the little kicks of the Audi Elaine include three electric motors, making a total of up to 496 horsepower, a 95 kWh battery, and the Level 4 autonomy, which can initiate lane changes and maintain the driver's desired speed. Unfortunately, if you want full autonomy that's good enough to replace a human driver, no soup for you. 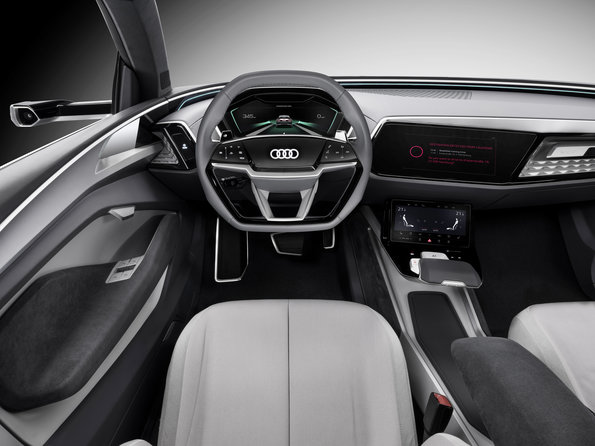 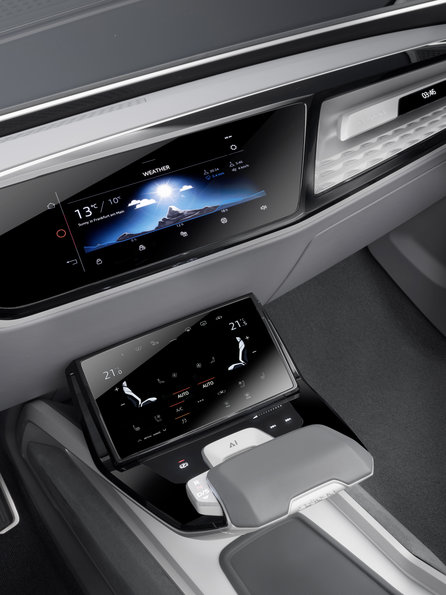 Another cool feature of the Elaine is the Audi Fit Driver system. It monitors your vital signs while you’re driving, makes breathing-exercise suggestions, gives you a massage and sets mood lighting and a comfortable climate based on your body temperature and heart rate.

While decidedly concept-y, the Elaine gives us a look at what could be the very near future of smart Audi electric vehicles. Its electric drivetrain is likely to make it to production, and if the aesthetic and impressive technology in the Audi Elaine makes it into a production vehicle, it should be very sponge-worthy.

The Audi Aicon concept is the electric, autonomous, living room on wheels of the future. It’s so far in the future that it doesn’t have a steering wheel. You won’t be able to drive the car even if you want to. It also lacks seat belts, because in Audi’s future, car accidents have been engineered out of existence. It’s so autonomous that you’ll finally be able to watch movies and take naps while “driving.” 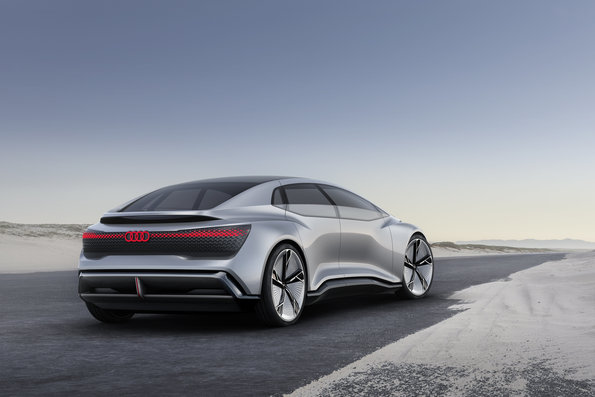 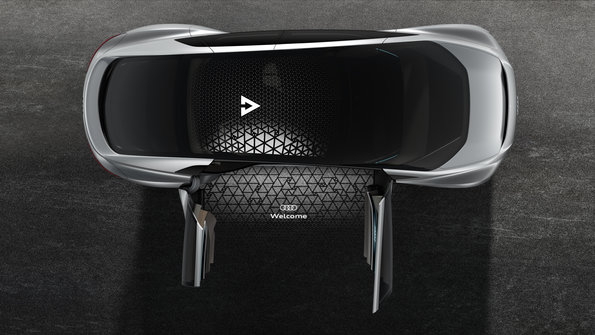 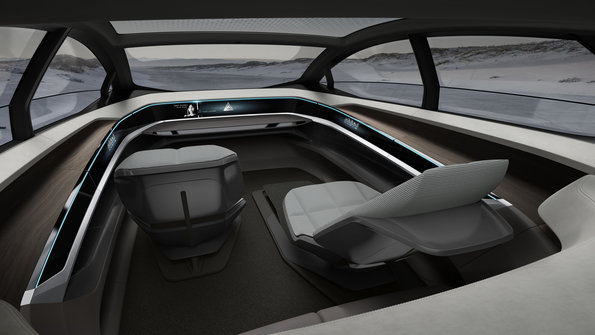 The Audi Aicon has two-plus-two seating with suicide doors and swiveling seats for easy entry and exit. There’s even a little drone with a flashlight that illuminates the occupant’s path upon leaving the car. In lieu of a traditional grille and headlights, the whole front of the Aicon is an LED display which seems to be all the rage in new concepts.

We like what Audi did here, showing us something we might expect in a production car in the next few years alongside a pipe dream from the distant future that we can ogle at.

Which features in these concepts do you hope will make it to production? Let us know in the comments section.