We can't buy it, but we can enjoy watching Nico Hulkenberg thrash it around Spa. 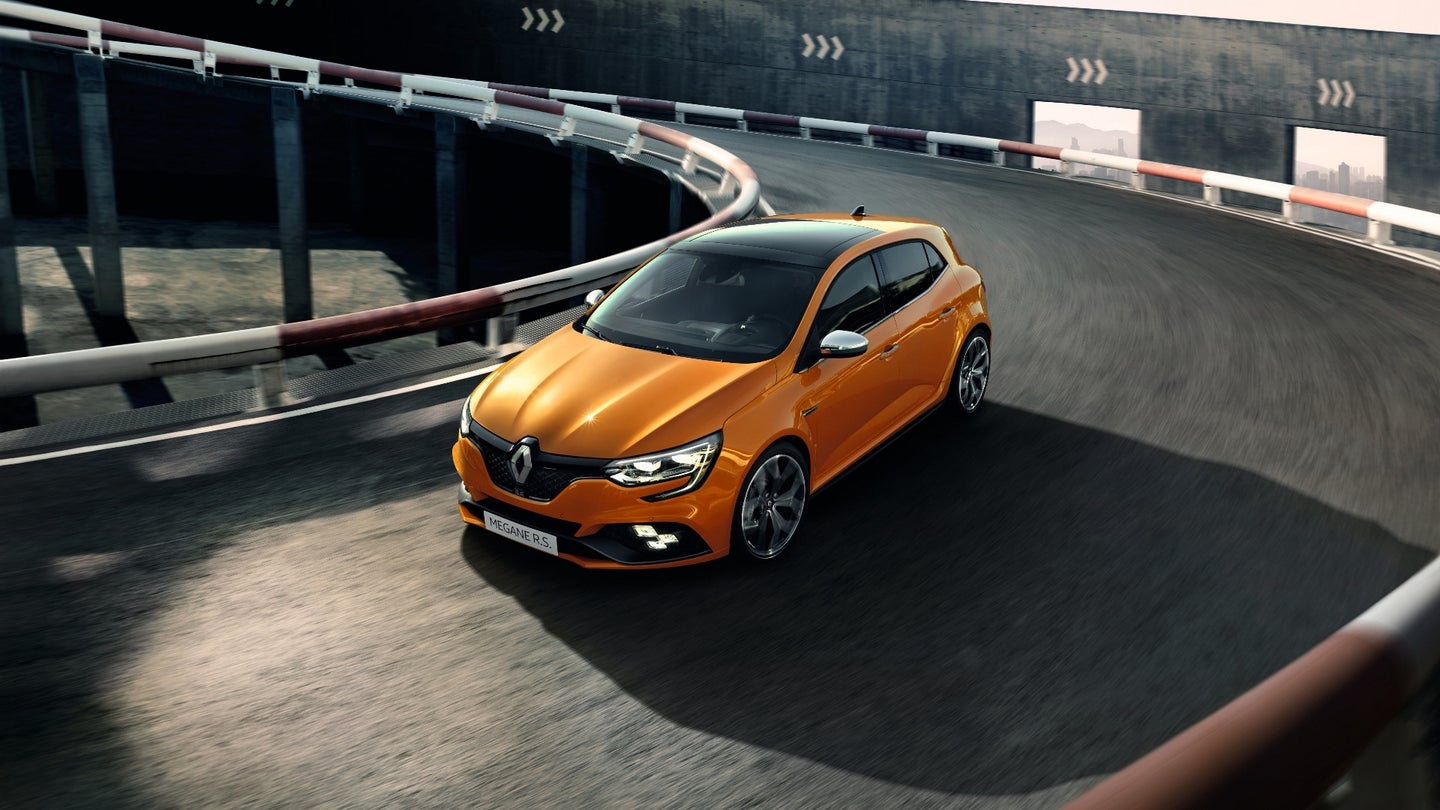 In case you're unfamiliar, the Renault Megane R.S. is a leading European player in the hot hatch game, competing with the likes of the Ford Focus ST and Volkswagen GTI. The regular Megane has been on the market since last year, but the sporty R.S. variant was just unveiled at the Frankfurt Auto Show. 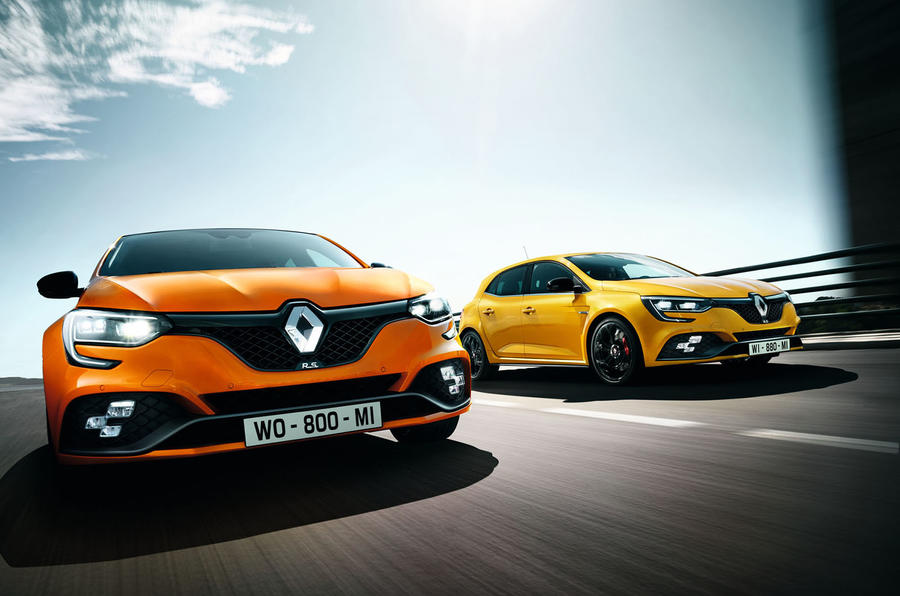 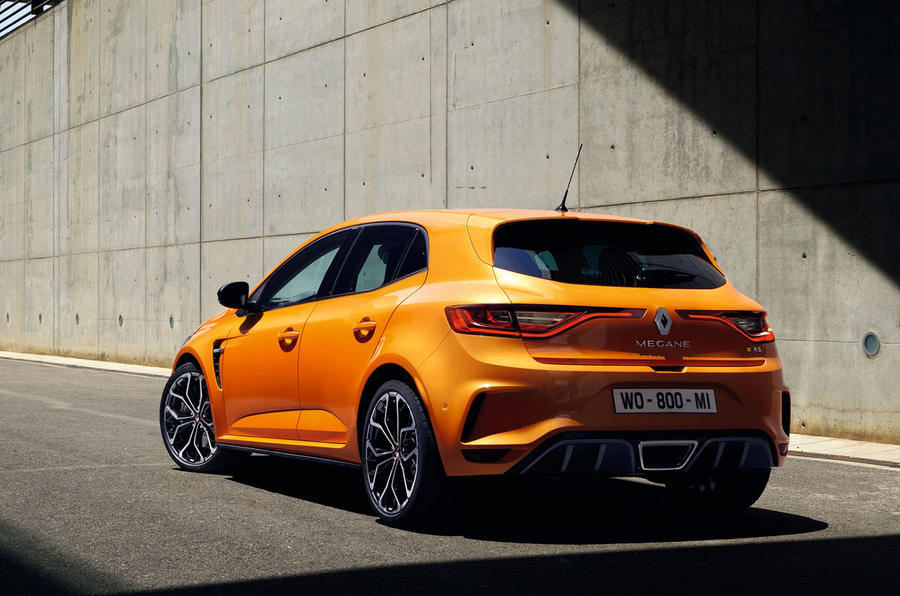 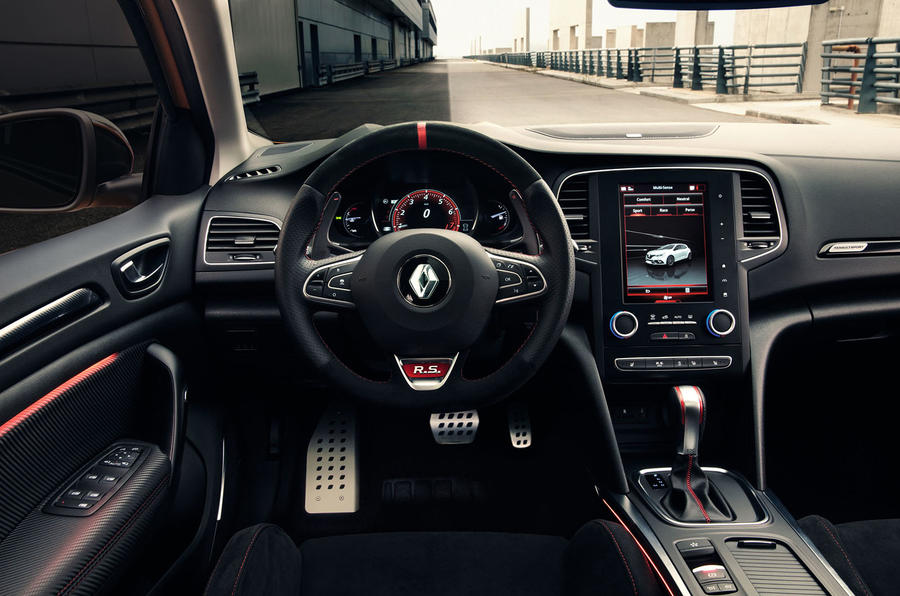 This hot hatch is powered by a 1.8-liter direct-injected turbo-four making 280 horsepower and 287 ft-lb of torque. One cool class-exclusive feature of the Renault Megane R.S. is 4Control four-wheel steering, which should give the car exceptional agility at high speeds. The car will be available with either a six-speed manual transmission or—for the first time in a Megane R.S.—an automatic in the form of a six-speed EDC dual-clutch transmission.

The Renault Megane R.S. will be available in two different trims: Sport and Cup. Sport is the base, street-oriented version of the car, while the Cup version is more of a track toy. Upgrades on the Megane R.S. Cup include a Torsen limited-slip differential and suspension tuned for “optimal handling efficiency on all types of road.”

Obviously, since this is a Renault, it isn’t available in the U.S. We can’t say we’re surprised, but we welcome any more additions to the hot hatch segment with open arms.

Since you can’t buy one and you’ll probably never drive one, enjoy this video of Pilote Renault Sport Formula One racer Nico Hulkenberg take a Megane R.S. for a spin around Spa-Francorchamps in Belgium.