This 60-story fortress will protect Miami's most expensive cars from Irma's wrath. 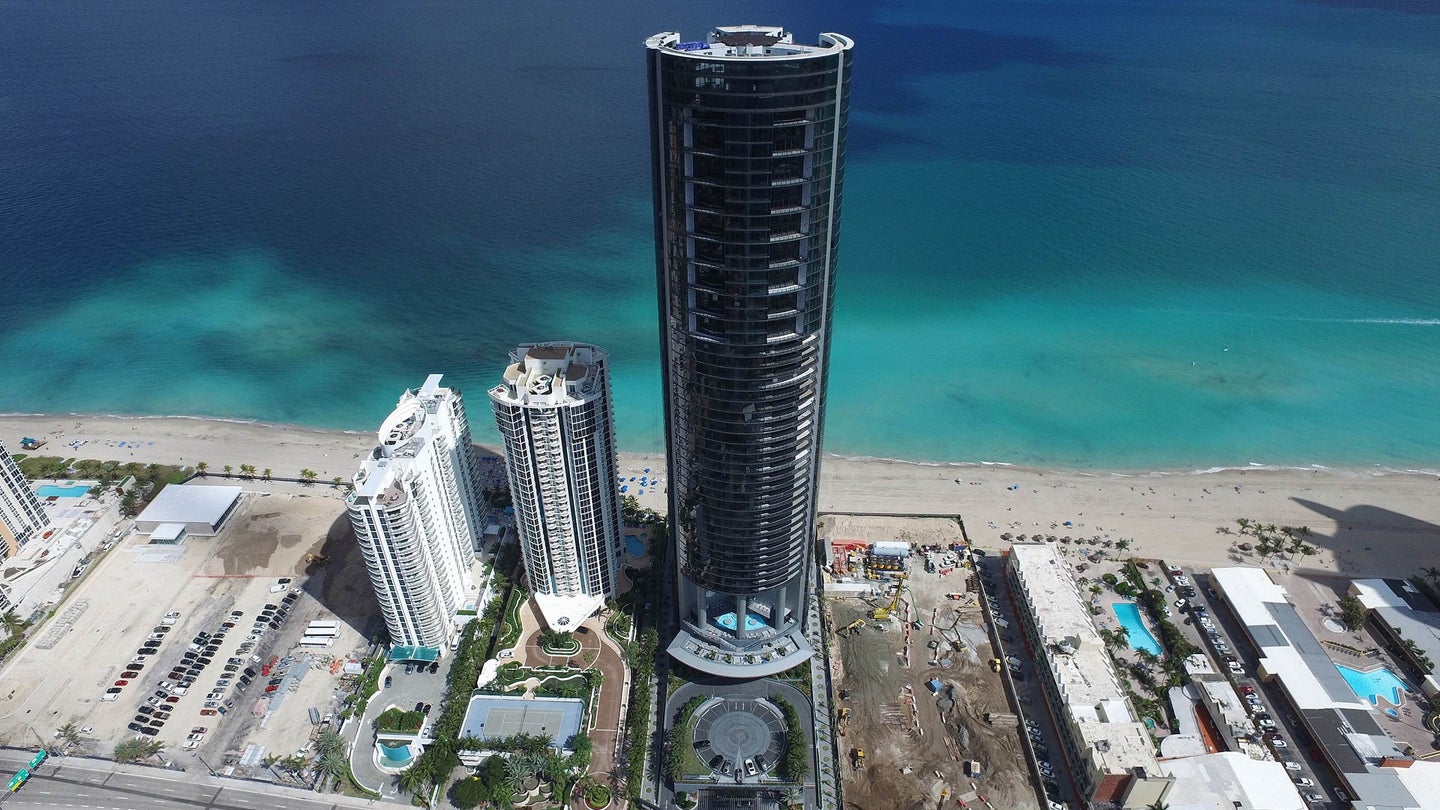 Hurricane Irma is causing chaos in Florida before it even makes landfall as residents scramble inland to avoid a watery disaster. The handful of brave (or foolish) souls who are remaining there are hunkering down, but a comfortable stay during the cyclone isn't likely. Most of Miami's human residents will come out of the disaster in one piece, but what about the city's extravagant collection of exotic cars? Hurricane Harvey laid waste to half a million personal vehicles in Texas, and it seems that Miami's supercars will suffer a similar fate. In the calm before the storm,  the Porsche Design Tower has devised a plan to save some of its steel-bodied citizens.

PDT developer Gil Dezer told The Real Deal on Wednesday that his 60-story tower of luxury condos will shelter 10 of Miami's most expensive supercars. Companies like Prestige Imports are moving some of their vehicles, from Lamborghinis to Paganis, to the complex in preparation for Irma. Cost of entry for living at the Porsche Design Tower starts at $4 million, so unfortunately only the richest will be able to keep their prized possessions high and dry.

According to The Real Deal, only 10 people currently reside in the 132-unit high-rise, so Porsche Design has employed a full staff to keep the supercars safe.

Located right on Sunny Isles Beach, the Porsche Design Tower is one of the first bastions of defense against the hurricane. Although it was just opened in March, Dezer says it was built to withstand Category 5 storms like Irma. Besides its durability, PDT's main draw for car owners is the Dezervator, a complex elevator that can raise vehicles up to any condo unit, high above the waves.