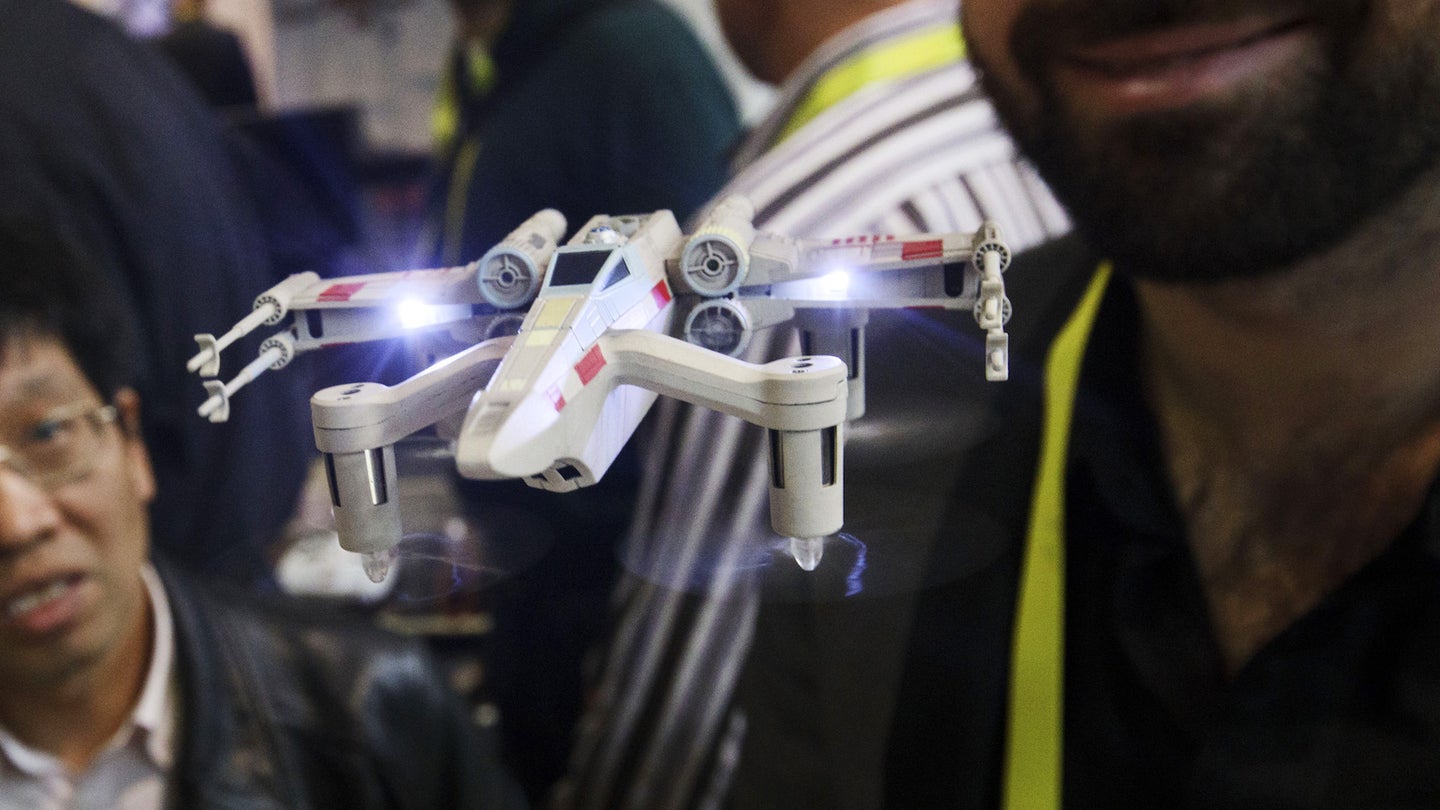 When Propel unveiled their Star Wars licensed drones last year, fans of both unmanned aerial vehicles (UAVs) and Star Wars were gleefully impressed. The idea that you could actually, literally fly a Millennium Falcon was something kids have wanted for decades. Thanks to the affordability and relatively basic tech that goes into modern drones, this was now possible - thanks to Propel. Well, last Friday, the company released a flight simulator app for Android phones which should immerse you into this galaxy far, far away, even more.

It’s clear that an overwhelming chunk of the drone/Star Wars crossover market is comprised of children. Kids are usually inexperienced with the physics of a drone, how to operate even the most basic entry-level UAV, and would need a bit of a crash-course before even enjoying the act of flying one. This is where Propel’s flight simulator can help.

According to The Verge, this flight simulator will teach users how to fly a slew of virtual ships from Star Wars lore by using the same remote control you’d use to fly the actual, physical drone. The environments used therein are going to be extremely familiar to even the most casual Star Wars fan. You can fly through the innards of giant hangars while that world-renown John Williams music swells, for example.

Even the game design of achieving goals and completing tasks is directly linked to Star Wars lore. If you succeed at an assignment, you’ll rank up in the Imperial Navy or Rebel Alliance - this depends on your choice of which side of the Force you’re more keen on exploring, of course. And that, in turn, is defined by your choice of drone. Reportedly, these drones do a great job at mimicking the physics of the ‘real’ ships being realized here. We highly recommend you head over to Propel's Star Wars site for yourself, and take a look at their collection and media. These things look pretty cool.

Ultimately, these drones will finally be easy to purchase in the U.S., which wasn’t the case in 2016 - licensing issues prevented the U.S. from putting these drones into physical stores, while markets like Europe have had the pleasure of walking out of a local electronics store with a Tie Fighter drone for a while now. According to The Verge, the Star Wars Battle Drones are now available at Target, Best, Buy, Walmart, Bed Bath and Beyond, Brookstone, Academy Sports, JC Penney, and Barnes & Noble.

The aforementioned app is available for Android phones, with an iOS version to be released any day now. According to a representative for Propel, the company and their developers are working hard to get it pushed out as soon as possible.