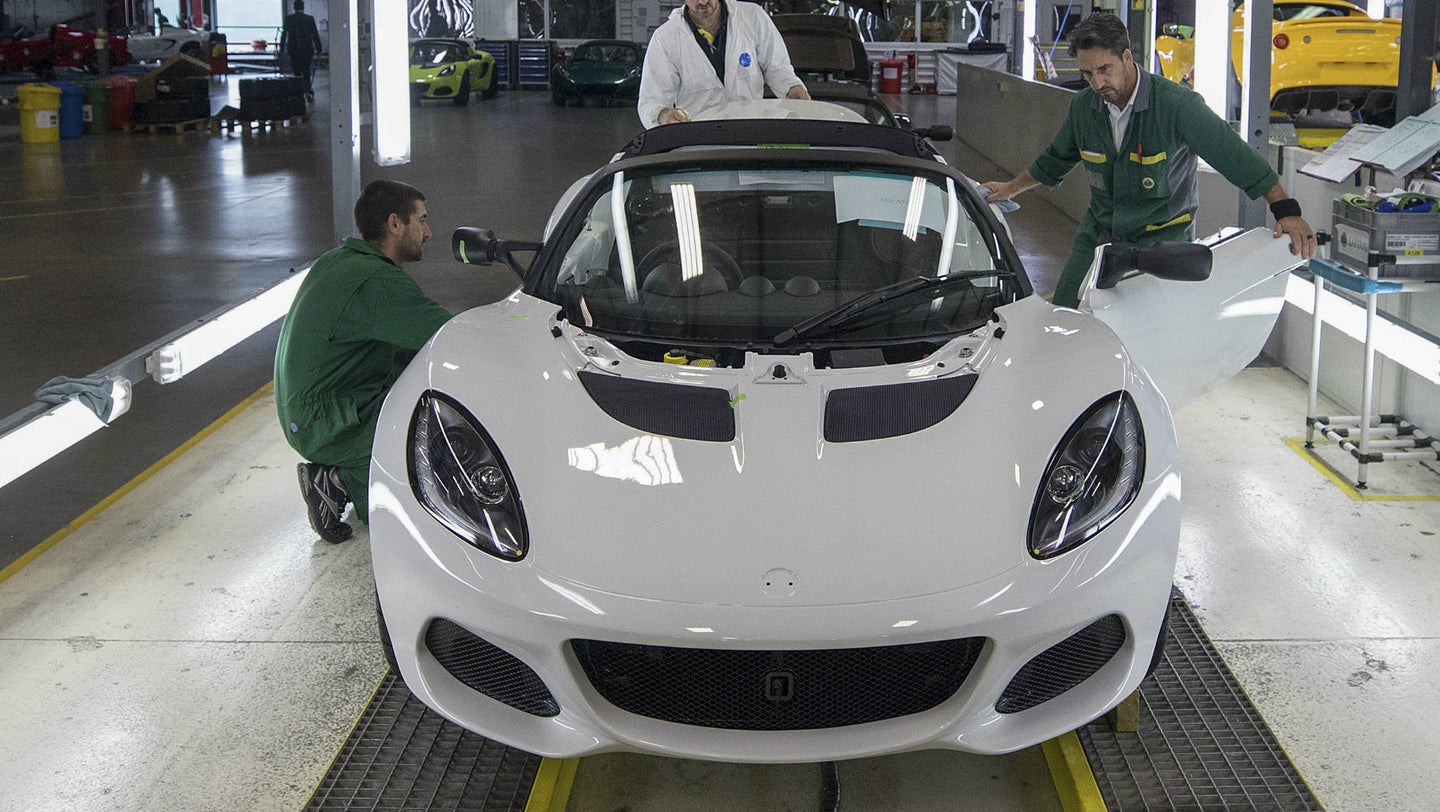 In spite of the rocky past decade, things are looking up for ol' Lotus. The boutique British car marque posted its first profitable year for the first time in years, and with the May announcement that Chinese giant Geely, the owners of Volvo, were buying the company out, Lotus finally has some financial breathing room to develop new models. Lotus CEO Jean Marc Gales said in an interview with Bloomberg that with the added stability of Geely's pending ownership, the company will at last be able to refresh the aging Elise, and will have said new Elise on sale in the United States in 2020.

Gales speculates that with the stronger financial foundation, Lotus could branch out into other vehicles again, potentially developing an electric car, or even an SUV.

“In two or three years, battery cars will be much higher performing than they are currently because technology moves on,” said Gales to Bloomberg, “it could be a really good thing to be the first one to do an electric car that doesn’t weigh two tons,” he said in reference to Lotus' last involvement with an electric sports car. In 2005, Lotus and the then-fledgling Tesla signed a deal in which Tesla would take the underpinnings of the Elise, refit it with electric motors and a 53 kilowatt-hour battery, and sell it as the Tesla Roadster. In December of 2016, Elon Musk confirmed the Roadster would reenter production, but that it was still some years off, which could give Lotus the chance to base its own electric car on the aforementioned new Elise's architecture.

And the Lotus SUV? Well, Lotus wouldn't be pioneers in that field. Plenty of conservative automakers have begun producing SUVs in recent years that initially seem uncharacteristic of their brand, but impress once they reach the hands of consumers and reviewers. Notable examples include the Bentley Bentayga, Jaguar F-Pace, and likely the upcoming Ferrari "F16X" crossover.

Lotus could also go the way of Jaguar-Land Rover, Porsche, Mercedes, and others by offering restoration programs for its own cars, a business proven profitable by said companies.

Even with a new Elise on the market, distribution in the U.S. could prove a problem for the diminutive British car maker. Nevertheless, parent company Geely could potentially help it spread its roots by offering Lotus products through Volvo dealers. This would give Lotus the exposure they need to sell in greater numbers, as much of the mainstream market remains woefully unfamiliar with the storied British make. It could give Lotus the chance at success that we at The Drive say it deserves.