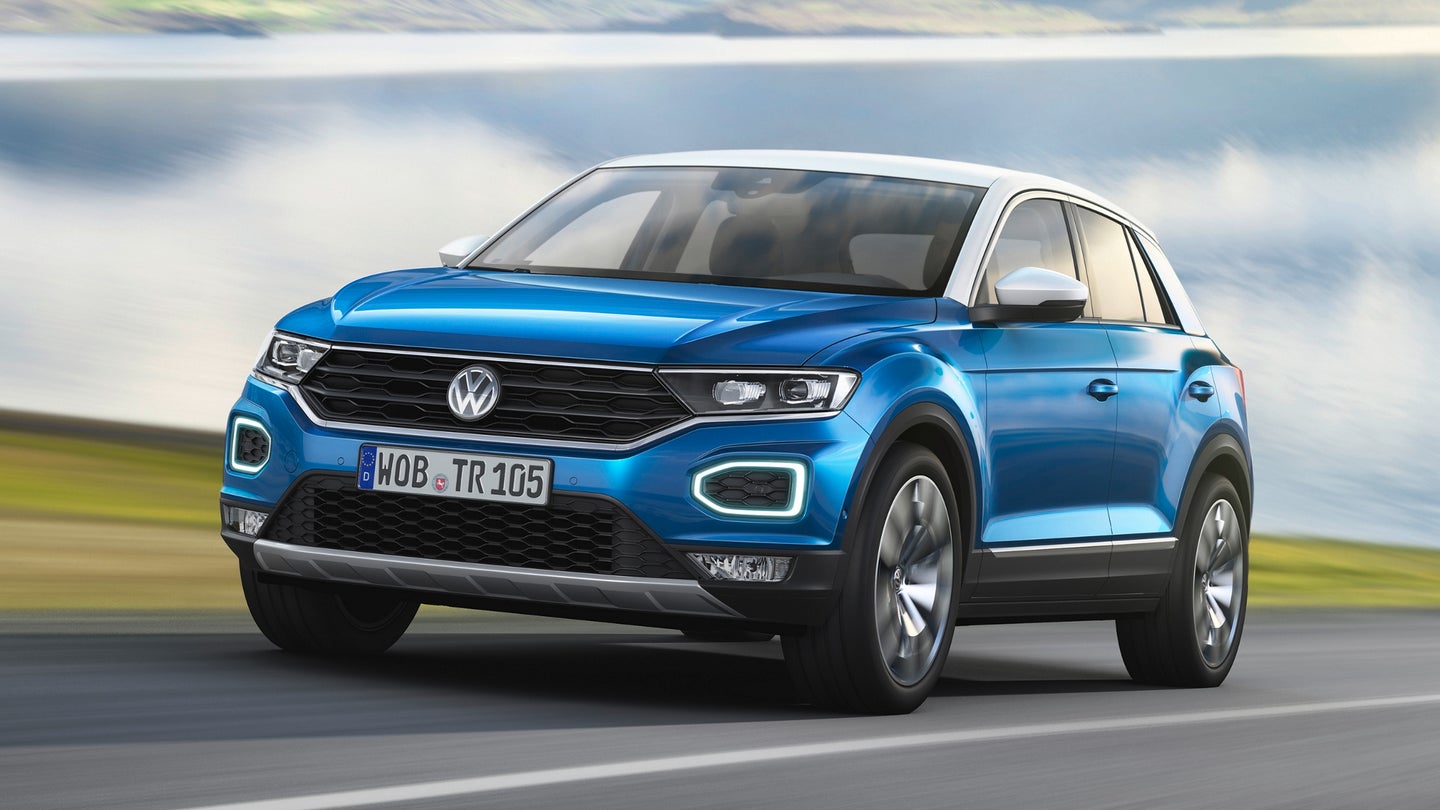 Volkswagen has been hyping a compact crossover slotted beneath the Tiguan since we saw the T-Roc concept at the Geneva Motor Show in 2014. Today, the production T-Roc made its official debut, according to Express, in preparation for its arrival in showrooms later this year.

The VW T-Roc promises to be quite competitive against formidable rivals like the Mazda CX-3, Kia Soul, and Jeep Renegade. Last we heard, the T-Roc is confirmed to come to the U.S. at some point—but we don’t know exactly when. We also might see it packing a different name. In any case, it will likely sell like crazy when it comes over here, as compact crossovers are one of the fastest-growing automotive segments in the country. It has a sharp design that's reminiscent of an Audi, especially from behind. However, the aesthetic of the T-Roc is more fun and quirky than any Audi and most Volkswagens, due to optional roof and coordinating interior colors when you opt for the Style trim. (The other trims are the base Yorkville and the performance-oriented Sport.)

Standard tech in every T-Roc will include automatic emergency braking, lane-keep assist, and a 6.5-inch infotainment system. Six different gas and diesel engines will be available in Europe, along with a seven-speed dual-clutch transmission; the press photos show one with a stick, but don’t expect that to come to the U.S. We’ll most likely get a couple gas engine options and the dual-clutch with available all-wheel drive...which is just fine for the T-Roc’s target buyers.