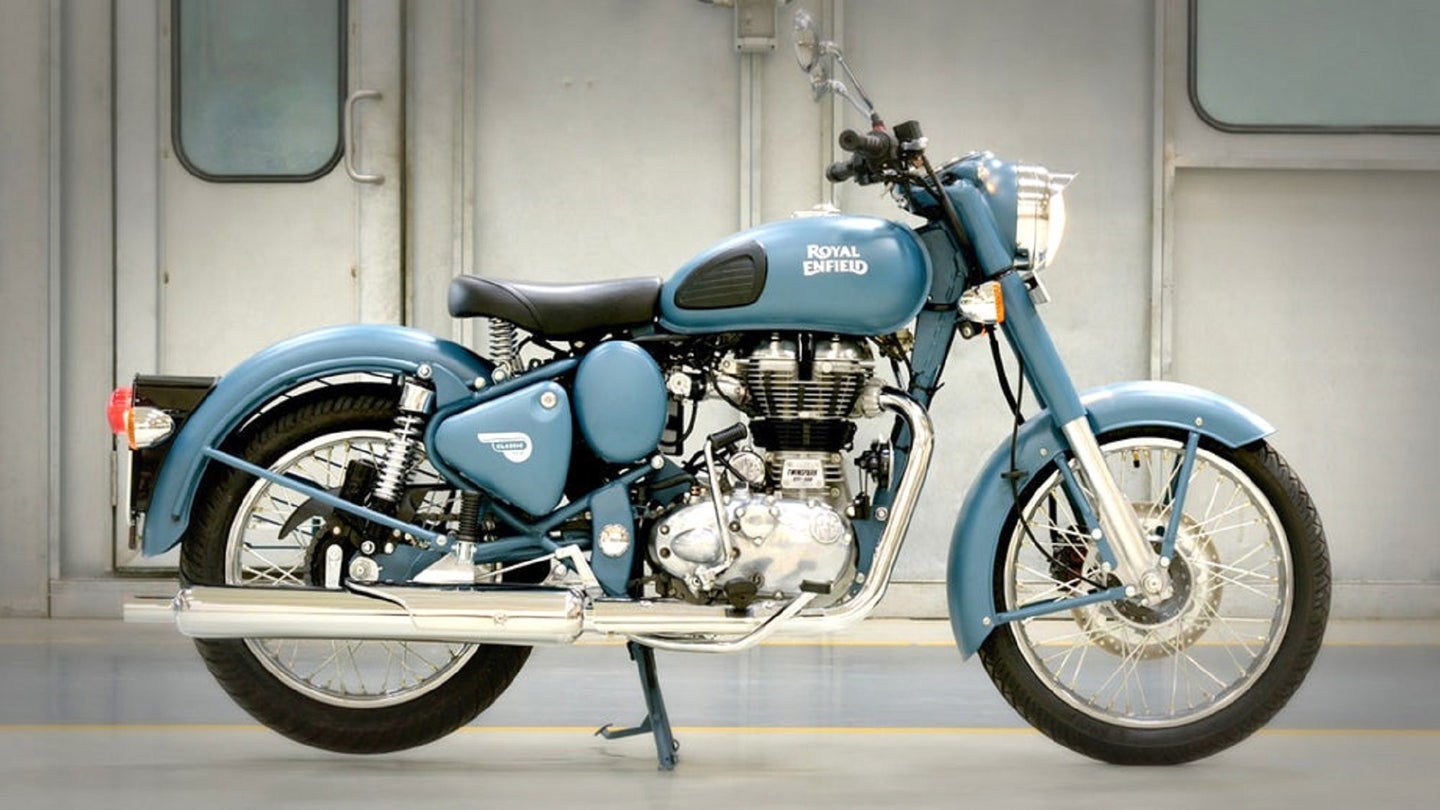 When we think of the largest motorcycle manufacturers, we might think of Harley-Davidson or Honda. But in the global perspective, these two are just a drop in the bucket compared to motorcycle production in other parts of the world. New Atlas reports that the new largest motorcycle-producing country in the world isn't the U.S., Japan, or even China, but an unexpected source: India. According to New Atlas, around 500,000 motorcycles are sold in America each year...while India sold 17.59 million motorcycles in the 2016-2017 financial year.

Of course, the Indian motorcycle market is very different than America's. The vast majority of India's domestic market motorcycles have tiny engines, less than 125 cubic centimeters in displacement. Of the 10 most popular motorcycles in India, only one has an engine larger than that: the Royal Enfield 350 Classic.

Though Royal Enfield was originally the name of the rifle that Britain used to keep the peace in their former colony, India has since reclaimed the name as its own, and it has become an enormous manufacturer. In the last 12 months, Royal Enfield has sold 700,000 motorcycles in India alone. That's the same as the worldwide output of Harley-Davidson, KTM, BMW, Triumph, and Ducati combined.

Royal Enfield is the largest Indian manufacturer, but certainly not the only one. Companies such as Bajaj, TVS, and Mahindra not only build their own fair share of motorcycles, they are also partnering with European manufacturers to expand markets and production capabilities. KTM's partnership with Bajaj is what enabled it to surpass BMW to become Europe's largest motorcycle manufacturer. In a curious twist of fate, Mahindra has purchased the rights and trademarks of the legendary British motorcycle company BSA.

One major reason for India's success with motorcycles is residents' attitude toward them. In America, motorcycles are viewed as little more than toys, not everyday transportation. But in India, it's just the opposite. A small motorcycle may be the only transportation many people have. This was also the case in China, the previous top motorcycle producer, but the Chinese government has banned motorcycles from some city centers and provided incentives to use electric bicycles instead, causing their domestic motorcycle market to decline.