Now's Your Chance to Own a 25-Mile Porsche Carrera GT 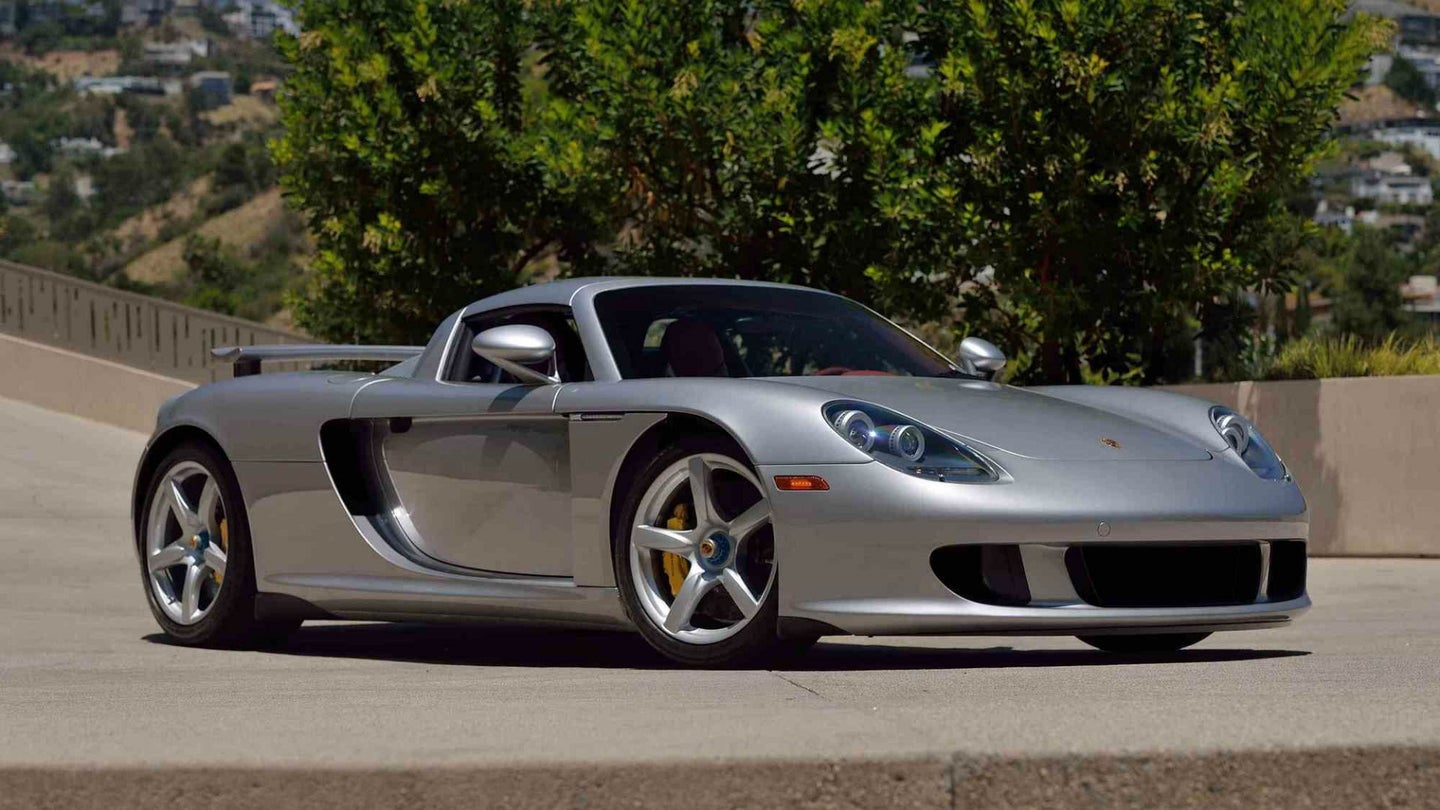 Porsche threw its hat in the supercar ring with the Carrera GT in the mid-'00s, straying from the traditional hotted-up 911 and steering towards a shrieking V-10 exotic. It wowed teenage boys and the mega rich alike, and it still looks just as good 13 years later. While we see them pop up at auction from time to time, they're hardly ever as nice as this one—a 25-mile example that's sure to start a bidding war at the 2017 Monterrey Car Week.

This one is the quintessential Carrera, equipped just how you'd like it. GT Silver exterior with Terracotta and Birchwood interior, both complimenting the car's now-iconic design that was an instant-yes when it was introduced. Additionally, the fact that it's pretty much never been driven makes it the ideal piece for a prim and proper collector.

Ultimately, this museum-quality piece does an even better job of displaying Porsche's craftsmanship than anything else of this millennium. Even though the 918 Spyder was a feat of engineering, the Carrera GT was, and is, a culmination of style, speed, and an unusual spritz of absurdity.

The 5.7-liter 10-cylinder engine was a largely convoluted lovechild of Porsche Motorsport madman Hans Mezger, one that was originally intended for racing then eventually made its way to the road. It produced 605 horsepower without anything owed to forced induction, relying heavily on high RPMs and good ole natural aspiration. It was this that made the Carrera GT so special among the field of high-performing Ferraris and Mercedes-McLarens of the time. 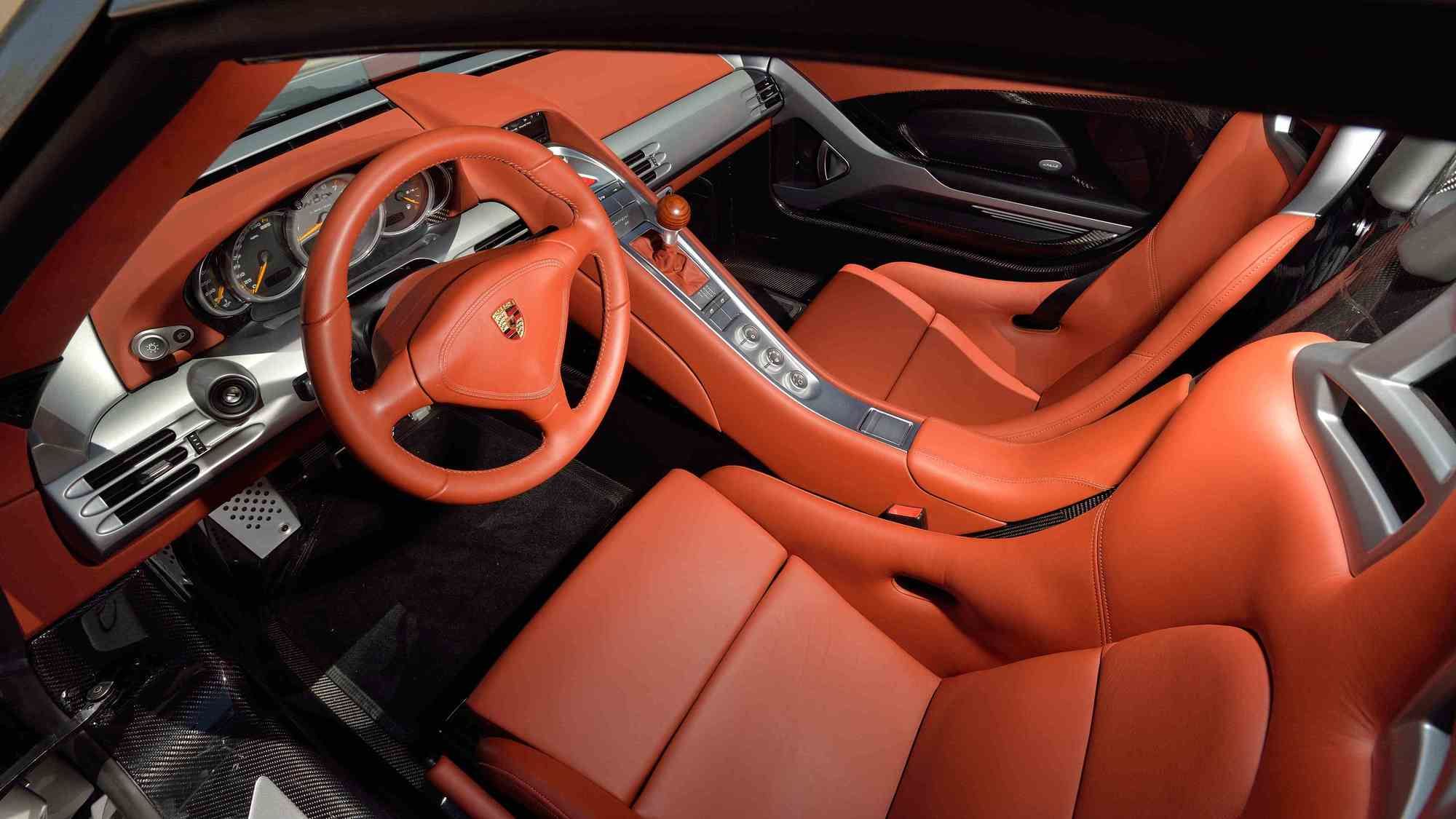 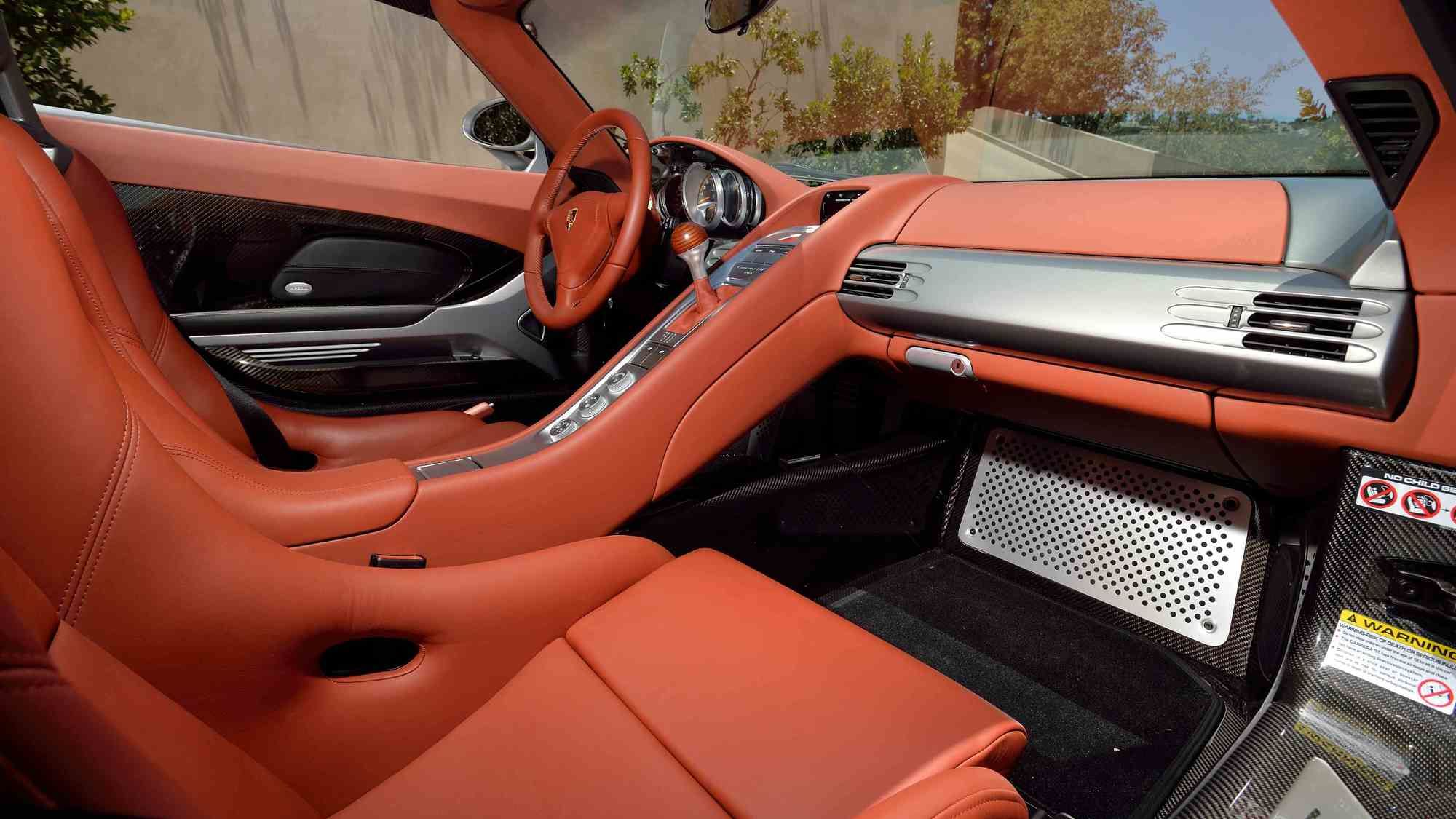 It was also Porsche's maiden voyage into that of complete carbon composite construction, at least for road cars, and the Carrera was packed with it. Everything from the car's architecture to its brakes, clutch, and engine mounts were made of the stuff, effectively making it lighter than its competition with added rigidity to boot.

And as for this particular car, you really could just read from a list of factory specs as this thing is as minty as they come. So minty, in fact, that it's slated to go for anywhere between $1,100,00-$1,250,000, according to Mecum. In that case, the Carrera GT's price no longer becomes a selling point over the 918 Spyder, meaning you'd really have to love that V-10 (which we do).