The stunning roadster will sit alongside Audi's greatest race cars at the California event. 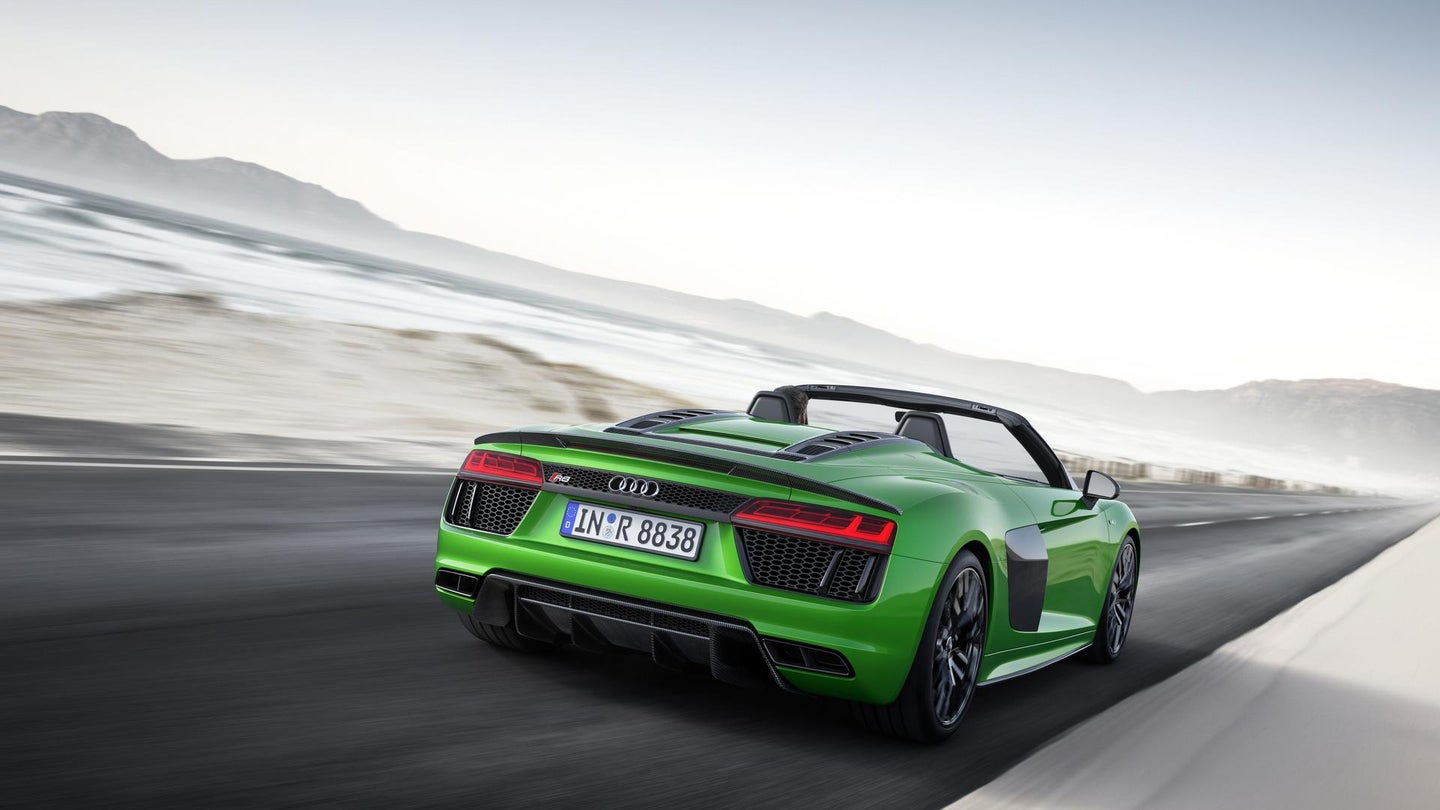 The Audi R8 V10 Plus is more like its Lamborghini Huracan cousin than ever before with more than 600 horses at bay and it being only about $24,000 cheaper than its Italian counterpart. When Audi unveiled the Spyder variant in June, fans went crazy over the Green Lantern-esque paint job and insane performance figures. The new V10 Plus Spyder does 0-60 MPH in 3.3 seconds, making it Audi's quickest convertible and one of the fastest non-hypercar roadsters in production.

Audi USA announced that the 2018 R8 V10 Plus Spyder will be showcased on American soil for the first time on Friday, August 18 during Monterey Car Week. Fans can catch the new Audi at The Quail, A Motorsports Gathering, an annual showcase of insanely rare cars in Carmel, California. It will sit on display alongside the famous Audi Sport Quattro S1 rally car, R8 LMS GT3, and 2018 Audi RS 5.

The new R8 certainly belongs here, as it has motorsport at its core—the Spyder shares many of its parts with the R8 LMS race car, including its 5.2-liter V-10.